The Dongfeng-41 (DF-41) is a fourth-generation Chinese solid-fuelled road-mobile intercontinental ballistic missile which was officially unveiled at the China National Day military parade on October 1, 2019. The missile is thought to have an operational range between 12,000km to 15,000km making it the second long-range missile of its kind in the world, only to Russia’s R-36M, which has a reported range of 16,000km. It is believed to have a top speed of Mach 25, or 19,030mph, and is reported to have been developed in response to the deployment of the United States national missile defence system which degrades China’s nuclear deterrence capability.

The People’s Liberation Army showed off at least 16 Dongfeng-41 missiles and transports as part of the parade in Beijing’s Tiananmen Square last year.

A supersonic drone, hypersonic missile and a robot submarine were also shown off, but the huge ballistic missile took centre stage.

No details of the Dongfeng 41 have been officially released, but the Centre for Strategic and International Studies in Washington said it could be capable of reaching the US in 30 minutes with up to 10 warheads for separate targets. 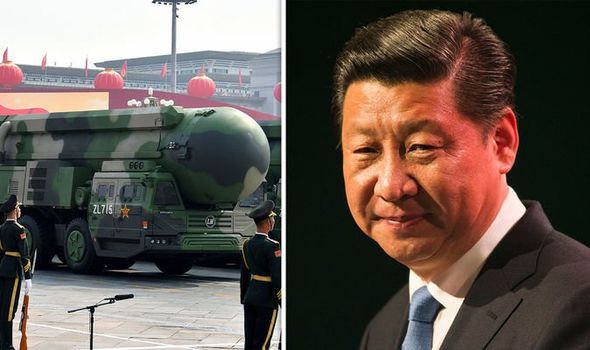 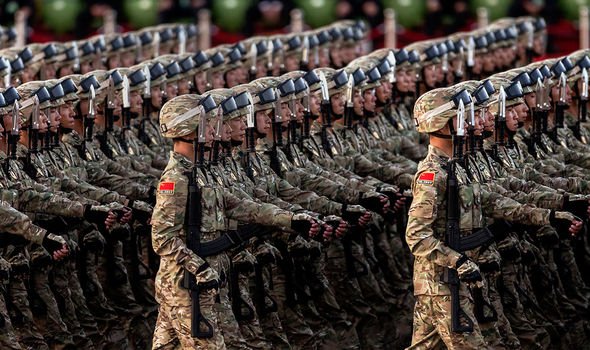 The technology is known as MIRV, or multiple independently targetable re-entry vehicles.

Yue Gang, a retired People’s Liberation Army colonel, told the Financial Times in 2019: “We want to use this big killer to contain America.

“Although we have no way to compete with you, we are now developing some unique equipment so that America does not dare to go first against us.”

China’s previous mainstay missile was the Dongfeng-31 which had a range of more than 11,200km, putting most of the continental US within reach. 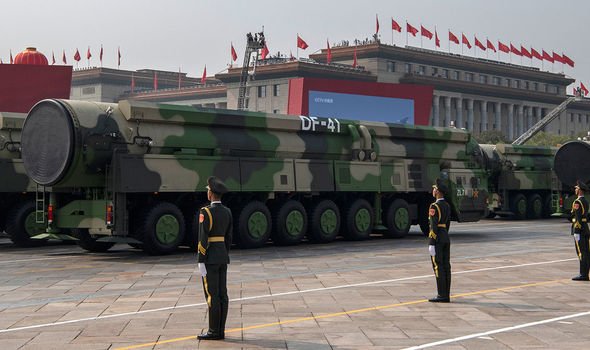 China has about 280 nuclear warheads, compared with 6,450 for America and 6,850 for Russia, according to the Stockholm International Peace Research Institute (SIPRI).

The Beijing government is keen to assert its dominance in Asia and particularly in the South China Sea where it has been busy in recent years.

The unveiling of this new weapon was a clear message to the US that it is getting closer than ever to matching it in terms of military might.

DON’T MISS
Coronavirus: Is this PROOF China’s been lying about outbreak? [REVEALED]
‘A stitch-up!’ Scotland braced for 20% MORE funding than England [EXPLAINED]
Coronavirus vaccine to take ‘over 10 years’ as cases surge [ANALYSIS] 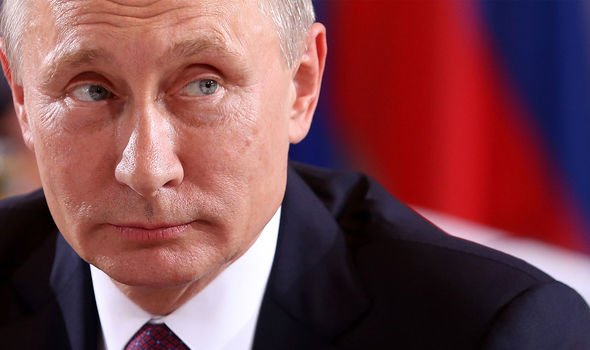 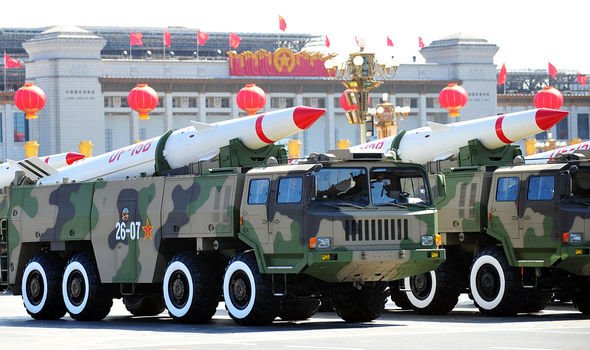 A defence ministry spokesman reiterated in 2019 that Beijing had no intention to “flex its muscles” but was instead keen to show a “peace-loving and responsible China”.

But, President Xi Jinping warned at the event: “No force can shake the status of our great motherland, and no force can stop the progress of the Chinese people and the Chinese nation.”

The major ceremony was held to mark the day that Mao Zedong pronounced the founding of the People’s Republic of China on October 1, 1949, from the imposing Tiananmen Gate.