Beijing: China will refuse to discuss President Donald Trump's two toughest trade demands when US negotiators arrive in Beijing this week, people involved in Chinese policymaking say, potentially forcing Washington to escalate the dispute or back down.

The Chinese government is publicly calling for flexibility on both sides. But senior Beijing officials do not plan to discuss the Trump administration's two biggest demands: a mandatory $US100 billion ($132 billion) cut in the United States' $US375 billion annual trade deficit with China and curbs on Beijing's $US300 billion plan to bankroll the country's industrial upgrade into advanced technologies such as artificial intelligence, semiconductors, electric cars and commercial aircraft. 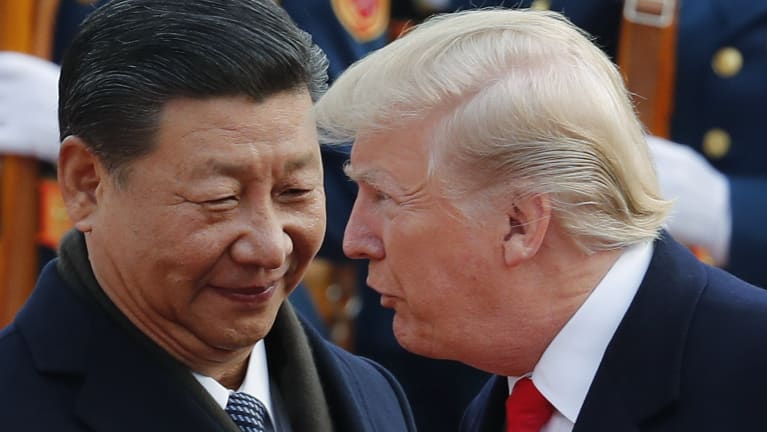 President Xi Jinping is expected to push back on President Donald Trump’s tariffs demands, potentially setting up a heated dispute.

The Chinese government is frustrated with Trump's threats to impose tariffs on $US150 billion in Chinese goods and dismayed by suggestions in the West that China has a weak bargaining position. Chinese officials believe the country's one-party political system and President Xi Jinping's enduring grip on power mean that China can outlast the United States and Trump in any trade quarrel.

Seminar participants also reaffirmed previous Chinese trade policy offers to further open the country's financial and automotive sectors. They also suggested that China would be willing to tighten its intellectual property rules so as to foster innovation within China as well as protect foreign technologies from counterfeiting and other illegal copying.

But China is insisting that the parameters of any deal be limited, and that the tariff threat be removed before a final deal can be struck.