Chinese President Xi Jinping said on Thursday the country will ‘stick with’ its zero-Covid strategy, state TV reported, as the world’s most populous nation battles its largest outbreak since the early days of the pandemic.

The country where the virus emerged in late 2019 has largely kept subsequent outbreaks under control thanks to a combination of strict border controls, lengthy quarantines and targeted lockdowns, and has not reported any coronavirus-related deaths for over a year.

But the highly transmissible Omicron variant is posing a stern challenge to that strategy, prompting authorities to close off cities including the southern tech hub of Shenzhen, home to 17.5 million people.

The world’s second-largest economy has gone from reporting under 100 daily infections just three weeks ago to more than 1,000 per day for over a week. 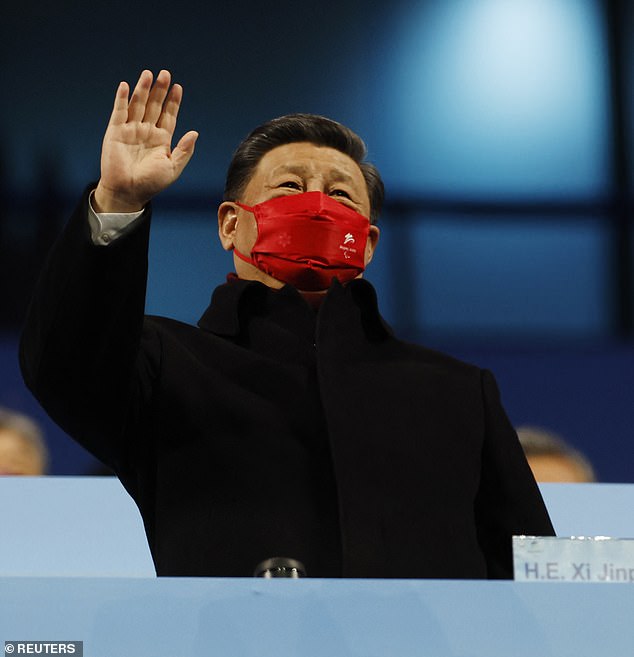 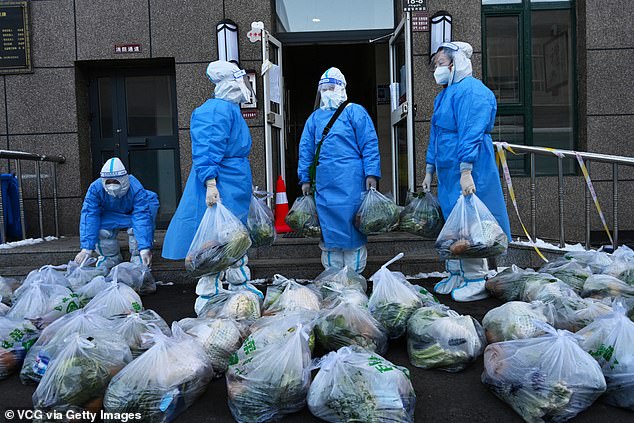 Community workers have been delivering vegetables to people under home quarantine in Jilin City, within the Jilin Province of China

More than 2,400 cases were reported Thursday, according to the National Health Commission.

Speaking at a meeting of China’s top leaders, Xi said the country should ‘continue to put people and life at the forefront, stick with scientific accuracy and dynamic-zero, and curb the spread of the epidemic as soon as possible,’ according to state broadcaster CCTV.

Beijing must ‘raise the level of scientifically accurate prevention and control and continuously optimise disease control measures’, the report quoted Xi as saying.

Tens of millions of people are currently under stay at home orders across China to try and stamp out the latest outbreak.

Beijing’s communist leadership has made its handling of the pandemic a matter of political capital, saying the low death rate demonstrates the strength of its governance model.

Racing to tamp down outbreaks in multiple cities, Chinese officials have also moved to free up hospital beds over fears the virus could put the health system under strain.

Northeast China’s Jilin province – which has reported thousands of cases over the past week – has built eight ‘makeshift hospitals’ and two quarantine centres to stem the surge in infections.

State news outlets this week broadcast footage of dozens of giant cranes assembling temporary medical facilities in Jilin, which has only around 23,000 hospital beds for some 24 million residents. 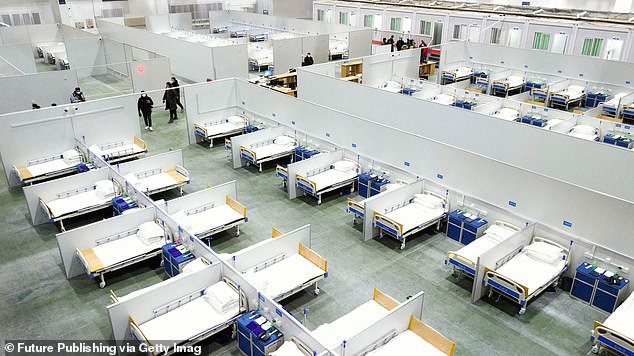 Authorities also said people with mild cases could isolate at central quarantine facilities, having previously sent all patients with any symptoms to specialist hospitals.

In Shanghai – China’s biggest city and home to 25 million people – authorities have closed school campuses, locked down some residential compounds and launched a rigorous round of mass testing, according to state media.