WHEN the body of Alison Day was found in a London canal, after being raped and strangled with her own clothing, in 1985, there was so little evidence that senior police officers wanted the case “shut down.”

But after the horrific murders of 15-year-old schoolgirl Maartje Tamboeze, raped and beaten to death near a Surrey railway station, and newlywed Ann Lock, abducted from a train station in Herts, they realised they had a serial killer on their hands. 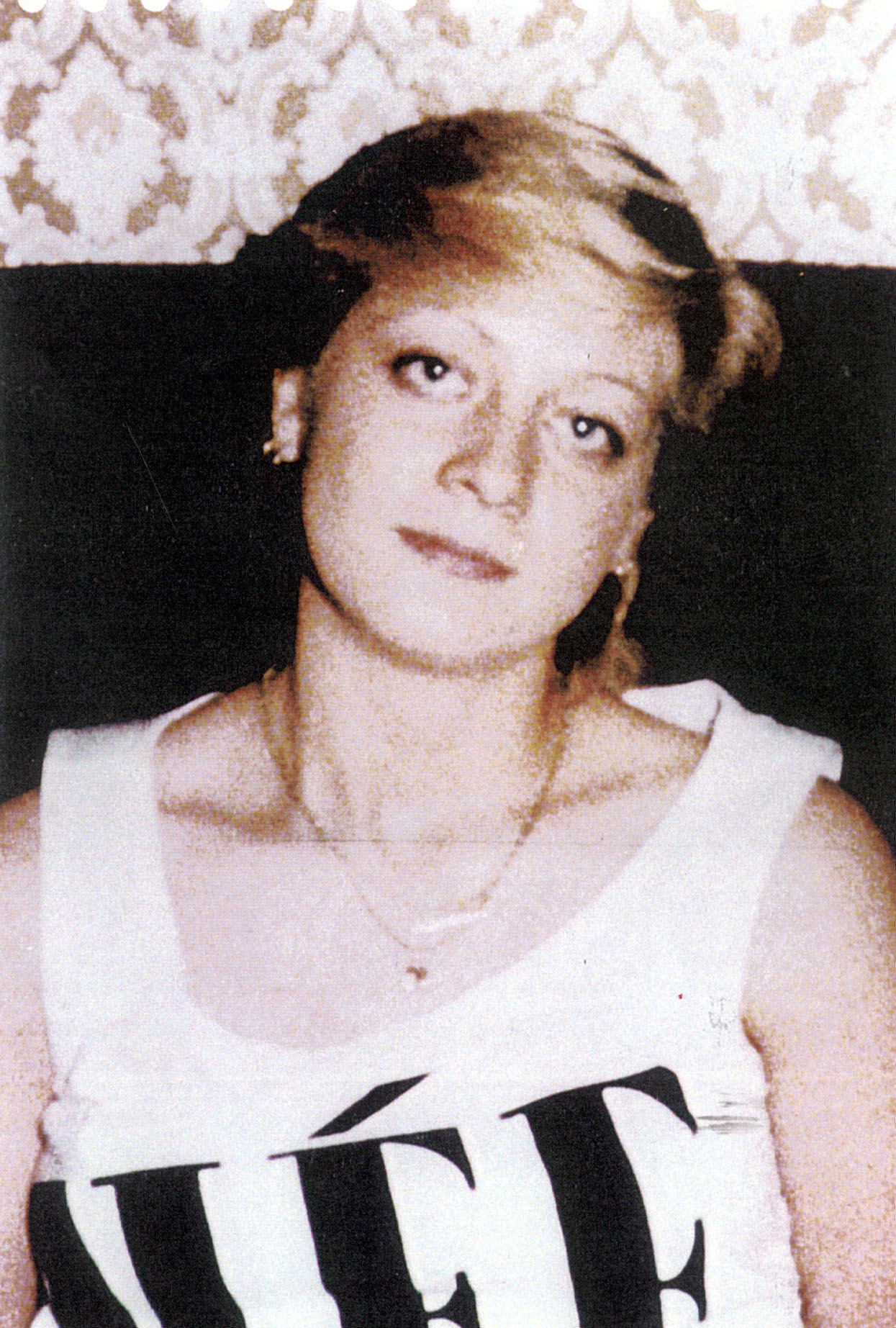 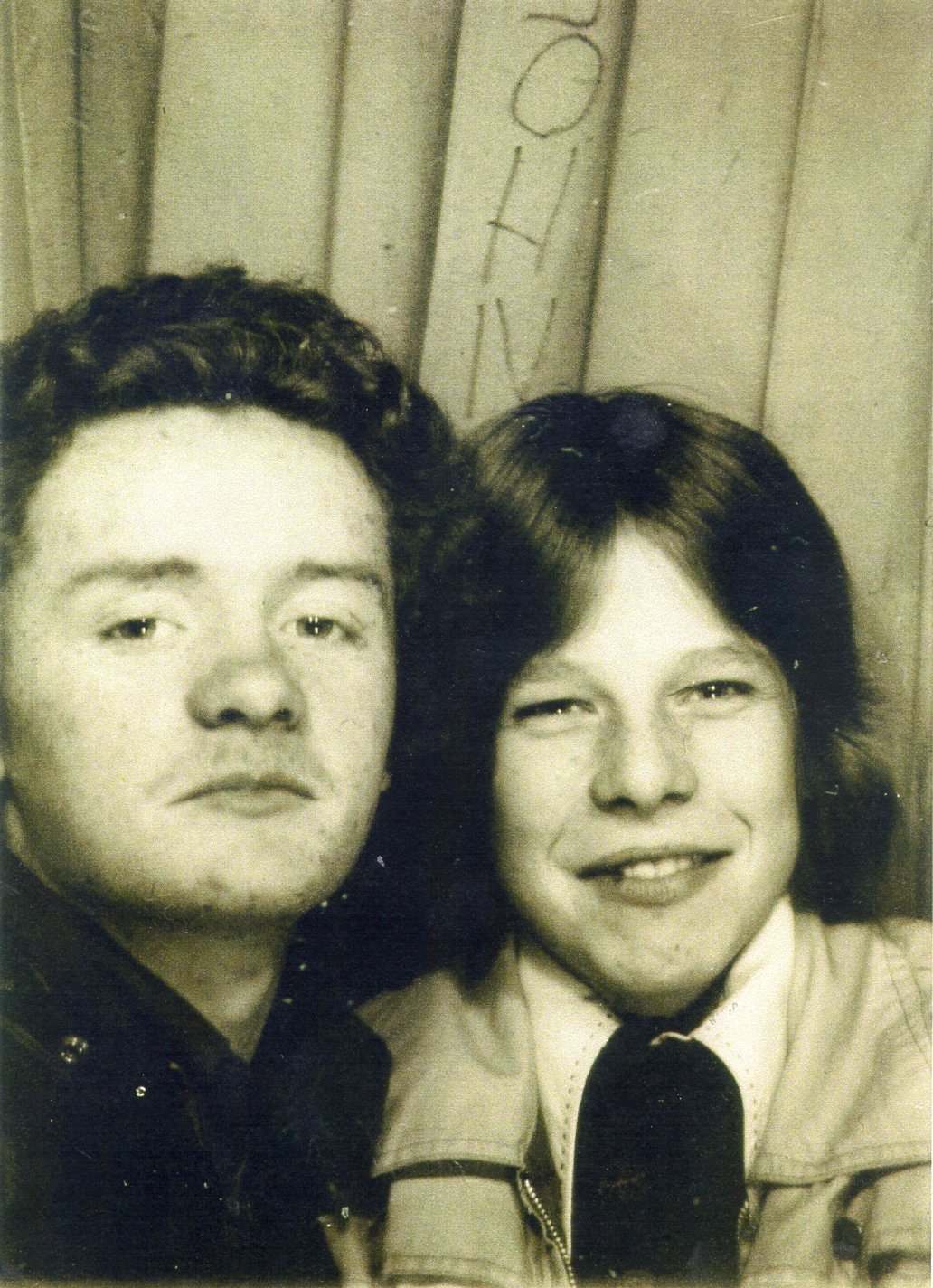 The murders were linked to a further 21 violent rapes, dating back four years, all close to stations – leading to a huge manhunt for the man they dubbed the Railway Killer.

Even after John Francis Duffy, 29, was convicted in 1987, persistent cops, convinced he had an accomplice, refused to let it drop – taking 15 years to capture Duffy’s schoolhood pal David Mulcahy with the help of improved DNA technology.

The story of the attacks – described by one detective as “a series of the most horrific rapes and murders this country has ever seen” – is told the documentary series, The Railway Killers, which begins on Channel 5 tonight.

With testimony from many of the police officers involved, as well as the victims’ friends, the three-parter takes viewers through the twists and turns of the lengthy investigation and explains how lack of DNA technology and mobile phones made it harder than today.

Murdered and dumped in canal

Alison Day was just 19, and newly engaged, when she left her home in Romford to meet her fiance from his work at a printing shop in Hackney Wick on December 29, 1985 – but she never arrived.

As she walked through a desolate area near Hackney Wick station – past factories and warehouses closed for the Christmas period – she was accosted by Duffy and Mulcahy who gagged her, repeatedly raped her then strangled her.

Police were initially baffled by her disappearance with Detective Chief Superintendent Andy Murphy explaining that she could have gone missing at any point in the journey.

“The things we take for granted now – CCTV, DNA, telephone tracking – back in the 80s they didn’t exist,” he explains.

It would be 17 days before her partially-clothed body was recovered from a nearby canal, with stones in her pockets to weigh her down.

The time she had spent in the water meant most significant evidence had been washed away. At the time there were no specialist murder teams and the lack of computers, DNA and phone records, meant her killing was not linked to any other crimes.

“Evidence was recorded on a card index,” says DCS Murphy. “The only way to cross check evidence was to physically go through that card index.”

After weeks with no result, veteran detective Charlie Farquhar was put in charge of the investigation, but with little support.

“He was given the enquiry with instructions to basically close it down,” recalls his son Simon Farquhar, author of The Railway Killings. “[He was told] We don’t have the resources and there wasn’t any evidence so we’re not going to get anywhere.

“Eventually there was a showdown and he said to his boss ‘You can close it down if you want to, but you can be the one who tells Mr and Mrs Day we’re not going to look for their daughter’s killer anymore.”

Schoolgirl raped and beaten to death

Less than four months later, on April 17, 1986, 15-year-old Maartje Tamboezer was cycling to the sweet shop near her home in Surrey, to buy sweets for a trip to her native Holland, when she was stopped by twine tied across the towpath.

Knocked her off her bike by the trap, she was set upon, dragged across fields and sexually assaulted and raped many times along the way.

Search teams found her fully clothed body in a copse, a mile from where the bike was dumped.

She had been beaten to death with a rock or blunt object and attempts had been made to burn parts of her body, to destroy evidence.

Anna Palmberg, Maartje’s childhood friend, tells the programme: “It was all over the news that evening. It was grim.

“You don't even want to think about what she was subjected to because on the news, I remember, it was just horror.

“How could she one day be there on the playing field with us, in her tracksuit bottoms and then in the next minute have been brutally murdered?”

Because it was dealt with by a different force, Maartje’s death was not initially linked to Alison Day’s.

But a new computer database, introduced after the enquiry into serial killer Peter Sutcliffe – known as the Yorkshire Ripper – led Charlie Farquhar to spot some similarities and ring Surrey police.

“They compared notes on how the victims had died but my dad had kept one vital piece of information back from the press – that a tourniquet was used,” says son Simon.

“The penny suddenly dropped with Surrey that that was this mysterious piece of wood lying next to the body. They thought that it had been used as an accelerant to burning the body.

“It had actually fallen out of the knot that had been used to strangle Maartje Tamboezer.”

As well as being close to the stations, another connection was the twine used to tie both victims – an unusual double-stranded type called Somyarn – which was used on the railways.

But the real breakthrough came when a witness said he had seen two men in sheepskin coats with a girl matching Alison’s description, on the night she died, who took her by the arms and marched her away.

Police began to reexamine a series of 21 violent rapes in North London, reportedly carried out by two men, in the previous three years – including three on one night.

The victims were stripped, with mouths taped or an item of clothing used as a gag and in many cases they were given a tissue to wipe themselves in a bid to destroy evidence.

In Maartje’s case, burnt tissues were found next to body. 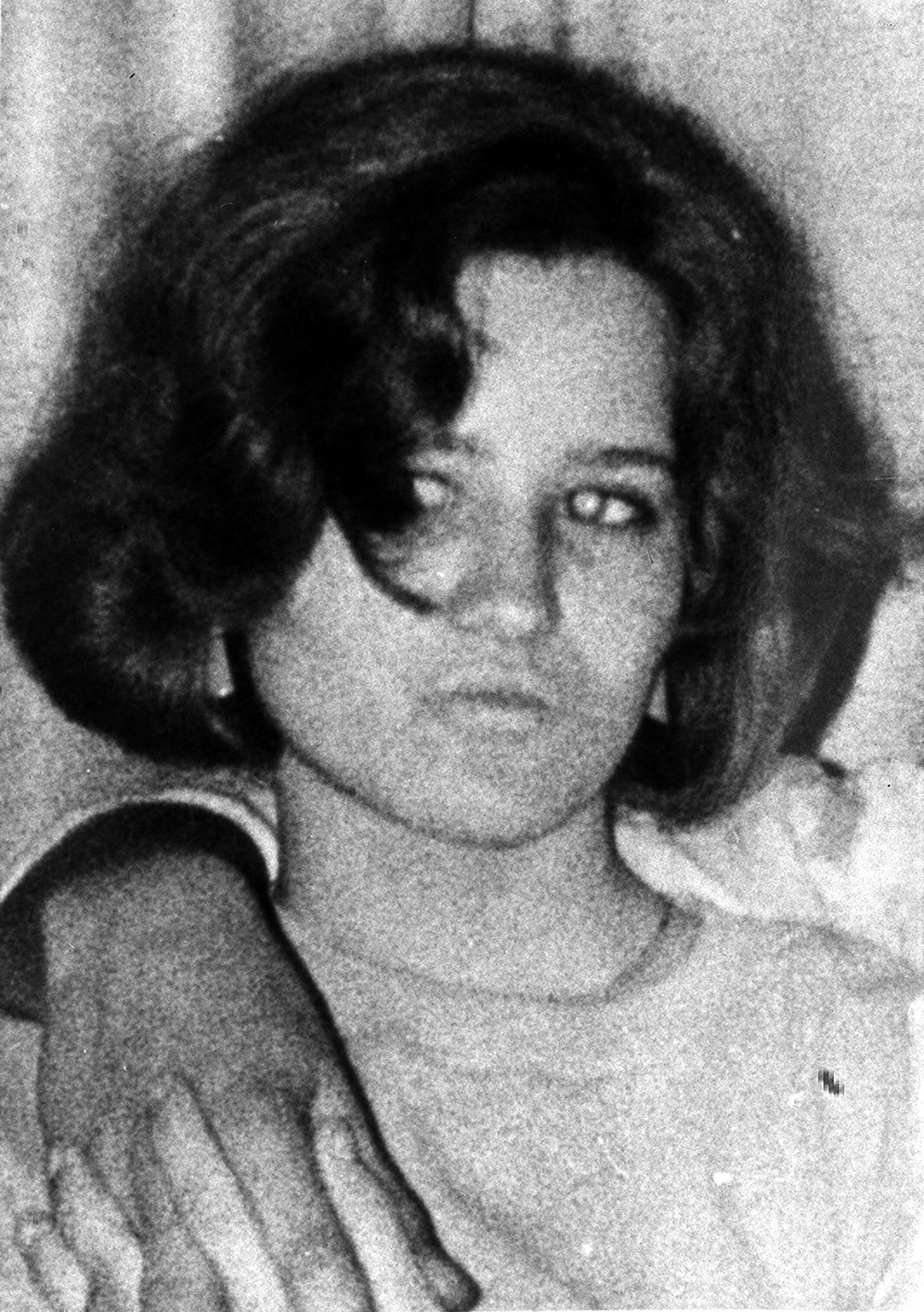 Newlywed murdered a week after honeymoon

A week after returning from her honeymoon, in May 1986, ITV secretary Ann Lock called her husband Laurence to say she was leaving her London office at 8.30pm – but she never got home.

Despite five police teams searching the area around her local station in Hertfordshire, 12 hours a day, it was nine weeks before her body was found on a nearby embankment with her hands tied and a sock in her mouth.

The delay, caused by miscommunication between two forces, meant the recovery of any samples was impossible.

“The clothing was more or less falling off her because underneath was mostly skeletonised.

“You could still see that there was a ligature, although obviously it wasn't tight around her neck because her neck, there's no soft tissue left.”

Longterm friend Lesley Campion says the funeral was delayed for months as the police gathered evidence.

“We did finally get one,” she says. “It was the people who had been to her wedding who were at the funeral, and it was at the same church and the same vicar. Three months before he’d stood there and married them.” 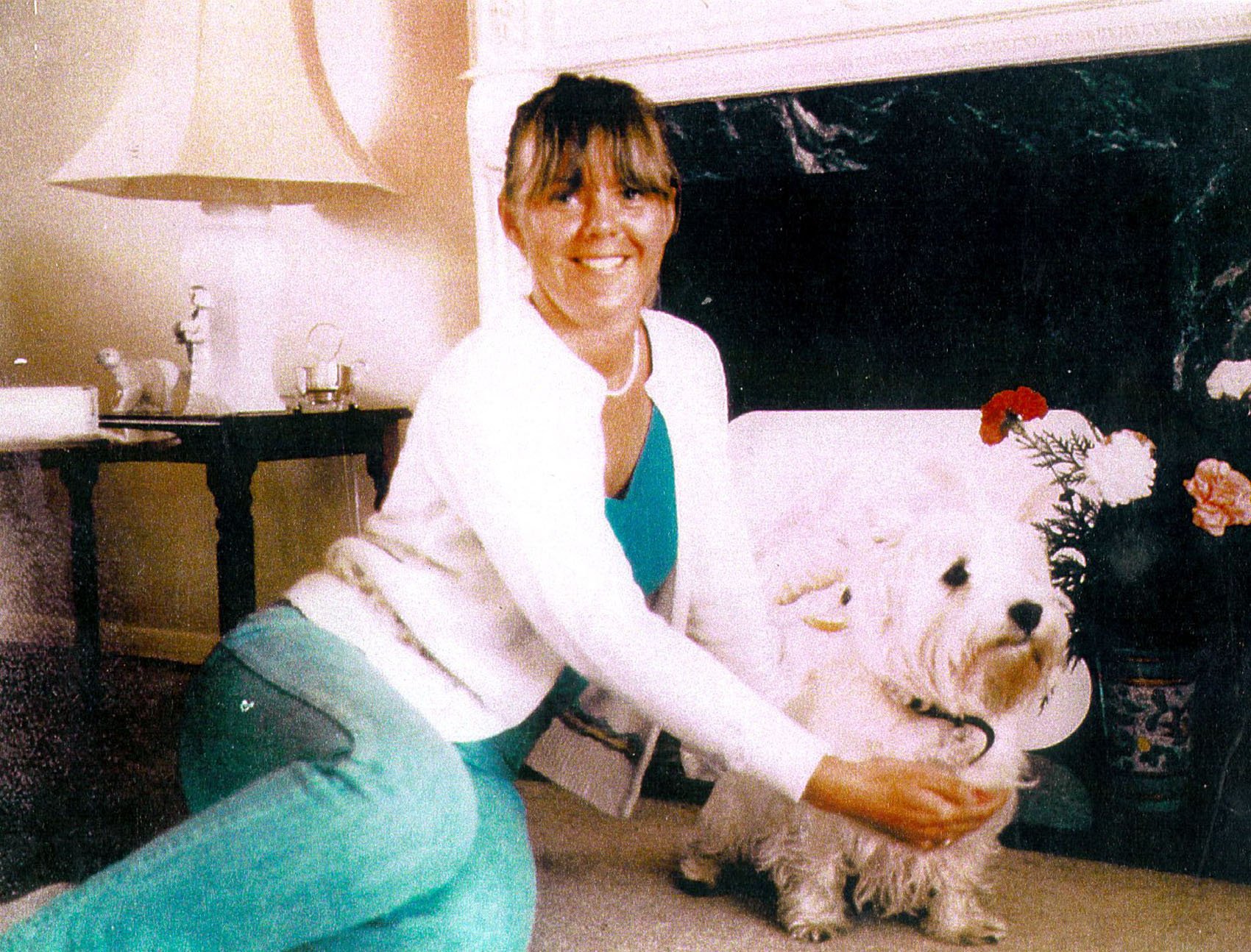 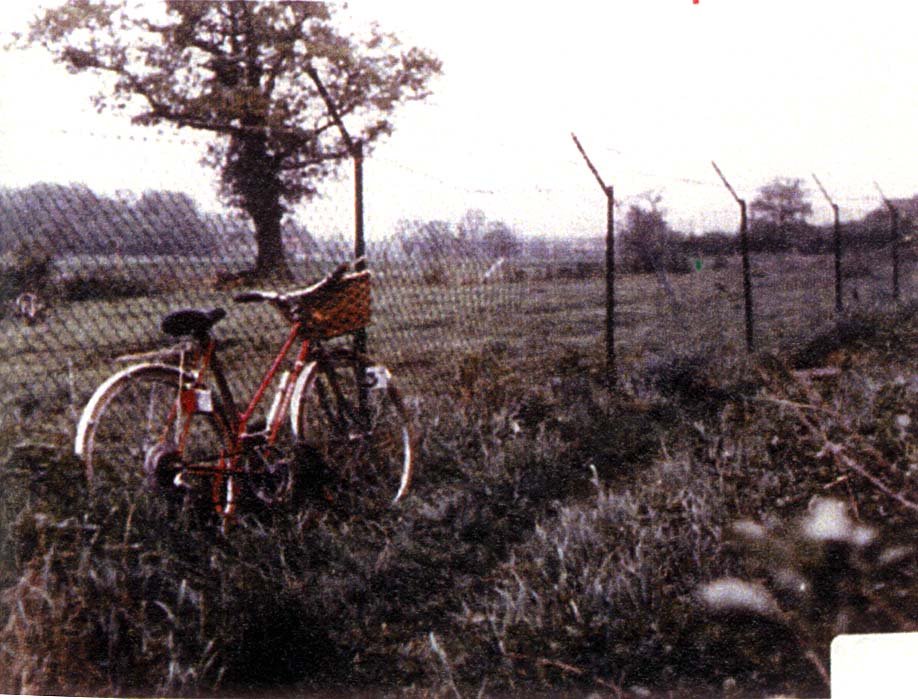 With no DNA technology, police had to rely on blood group evidence and were helped by the fact that one of the rapists was a “secretor” – someone who secretes trace elements of blood in bodily fluid – and was found to be blood group A.

They drew up a database of 3,000 former offenders with the blood group, dubbed the ‘Z Men’, and set about interviewing each one – and number 1594 was an unemployed carpenter from Kilburn, named John Francis Duffy, who had previously been charged with a serious assault on his wife.

But after being questioned, Duffy turned up at another police station with a slash across his chest, saying he had been attacked and claiming he had amnesia.

He was sectioned at a mental hospital, meaning police were unable to talk to him for four months.

On day release from the hospital, however, he raped a 14-year-old girl before finally being arrested after police followed him on another occasion and swooped as he stalked a potential victim.

Duffy was found to have extensive knowledge of the rail network in the South East due to a former job, and a search of his parents’ house found a roll of Somyarn and violent pornographic material.

His best friend, David Mulcahy, was suspected of being the second rapist but there was no forensic evidence and he was not picked out in an identity parade by the traumatised victims, so he was released.

Duffy was convicted of four rapes and the murders of Alison Day and Maartje Tamboezer – bit acquitted of Ann Lock’s murder due to lack of evidence – and sentenced to life.

It would be years before Duffy, and new technology, would help police nail his accomplice.

Aroused by Jacko's Thriller before crimes

“It was very much teamwork, everything they ever did was teamwork,” she says. “Even from schooldays.”

She adds that with Alison Day, they were spotted raping her under a railway bridge but adds: “He can't remember any decisional debate that this would be a killing.”

The pair had been friends from 11 and described a game when they used to chase and catch girls, before squeezing their breasts.

In a chilling detail, he described the ritual before each attack, playing Michael Jackson’s Thriller album in David’s car.

“David would play this tape when they were going out, it was an unspoken symbol of their agreement for action or offending, it was their trigger,” says Jenny.

“He used to rewind the track Thriller and replay it. It made them both feel aroused, they were buzzing, their adrenaline was going.”

Duffy talked about Mulcahy’s verbal aggression to women, saying he threatened them with knives, convincing the police that the real driving force behind the attacks was still at large.

The old Thriller tape was found at Mulcahy's home, along with a picture of the Alfasud car used in the attacks.

And DNA technology meant they were able to link Mulcahy with the rapes of two Danish au pairs, who bravely returned to the UK to testify.

Mulcahy – a married father-of-four – was convicted of three murders and seven rapes, in 2000, after Duffy testified against him in the first case of the highest-category prisoner being permitted to give evidence against an accomplice.

He was handed three life sentences. Duffy was later convicted of 17 more rapes and given 12 more years.

Police suspect them of countless other sex attacks, some dating back to the mid-1970s, while Mulcahy is also suspected of attacks which took place after Duffy was jailed.

Mulcahy continues to protest his innocence, even writing a letter to the producers of the documentary from his cell in Her Majesty’s prison, Full Sutton.

It read: “I did not commit these horrific crimes, it's a very simple thing to say, but a very hard one for people to believe me.

“The mainstay of the evidence against me is from a self-proclaimed liar. He was my friend and I should have seen what he was – a monster.”

“There's no remorse in there whatsoever, it's a letter from a convicted killer, a convicted rapist, and these are the words that he would have used back in 1999.

“He's clutching at straws. He knows what he's done. It's really pathetic and I think it sums up him for what he is.”

The Railway Killers airs on Channel 5 on Monday August 16, Tuesday 17 and Wednesday 18 at 9pm 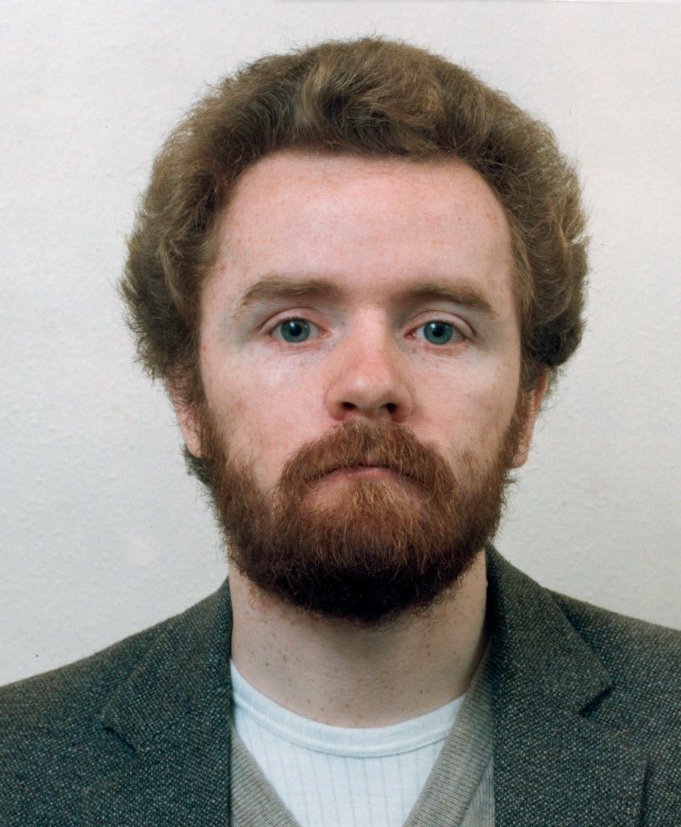 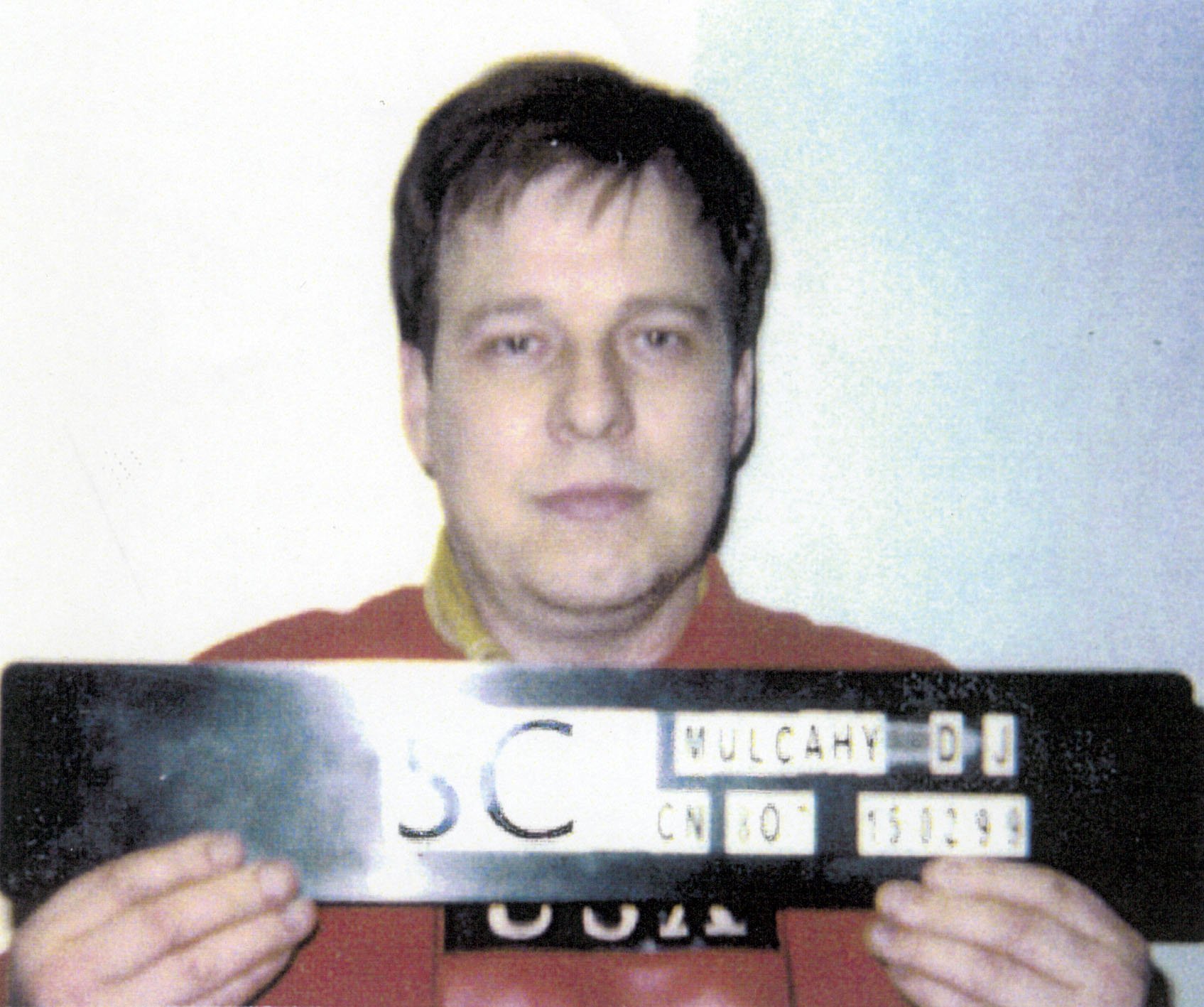 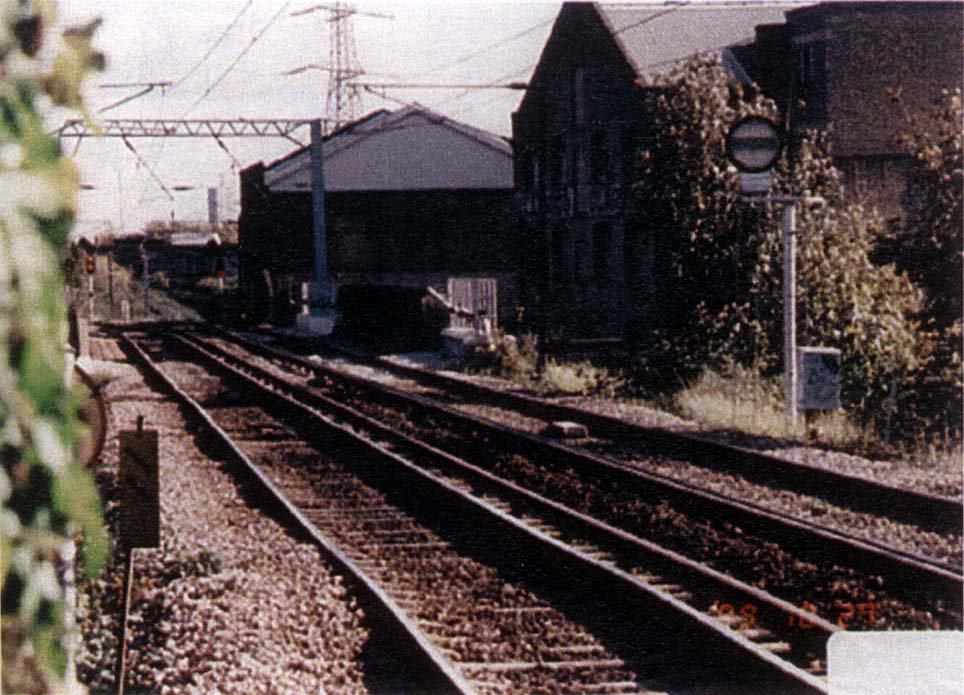