Chef who posed for pictures with Marcus Wareing, Michel Roux Jr and Tom Kerridge is cleared of assaulting Asian couple by pulling off man’s turban after alleged victims failed to turn up to court

A chef who has rubbed shoulders with the likes of Tom Kerridge was cleared of assaulting an Asian couple at a London cocktail bar after the victims failed to turn up at court.

Jack Crispin, 30, was said to have pulled off Jaswant Singh’s turban and made offensive comments about his race and 9/11 at the Dirty Martini in Bishopsgate on November 16, 2021.

The sous chef, from Dagenham, denied religiously aggravated common assault and assault by beating against Mr Singh’s partner Jaspal Rai when she tried to get between them.

His brother James Crispin, 35, was accused of assault by beating in relation to Mr Singh. 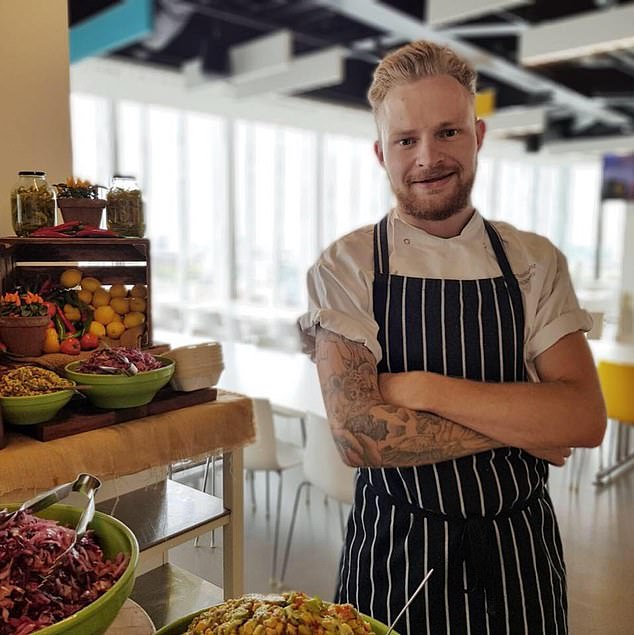 Jack Crispin (pictured), 30, was said to have pulled off Jaswant Singh’s turban and made offensive comments about his race and 9/11

On his LinkedIn Jack Crispin has posted pictures of him alongside Tom Kerridge, Marcus Wareing and Michel Roux Jnr

But the case was dismissed against the brothers at the City of London Magistrates’ Court as Mr Singh and Ms Rai did not attend to give evidence.

‘In relation to information I have had on non-attendance it’s extremely scant,’ said David Burns, prosecuting.

Tommy Dominguez, defending Jack Crispin, said: ‘This is a serious offence dating back to November 2021.

‘Mr Crispin has an interest in the case being heard and the outcome being done.

‘It should be dealt with in a speedy manner. This is something that has been hanging over his head for quite some time.

‘Mr Jack Crispin has lost his job. He has lost his livelihood. His mental health has deteriorated as a result.

‘There is a backlog as a result of the pandemic. Trials should take place on the day that they are listed and should not be adjourned.’

Magistrate Anne Traynor said: ‘We note that this is the third listing. Mr Singh and Ms Rai have failed to attend.

‘We cannot have any confidence that they will attend any future trials. The matter is withdrawn.’ 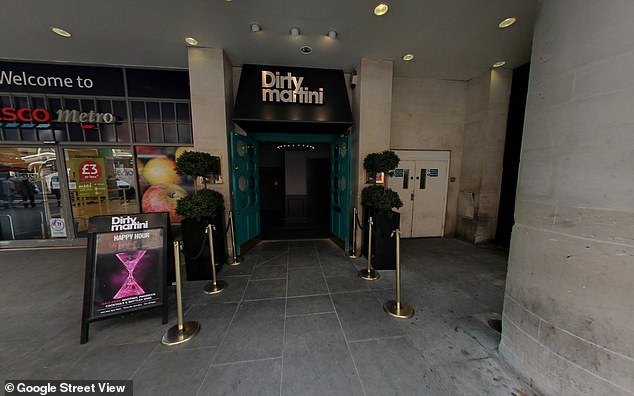 The Crispin brothers deny any assault at the Dirty Martini in Bishopsgate on November 16, 2021 (file image)

Crispin previously told a court he was defending himself. One of the brothers allegedly swore at the complainants and James hit Mr Singh on the head.

Prosecutors told the earlier hearing at Westminster Magistrates’ Court: ‘Jack Crispin called Jaswant Singh an Asian p***k. He then pulled his turban off and hit him to the head.

‘The Crown also say that Jaspal Rai then moved in between the two men and it is said that Jack Crispin punched her in the face causing her mouth to bleed.

‘The defendants are both arrested and the Crown say evidence of their racial hostility was captured in body worn footage.

‘The defendants were making remarks in relation to the complainant’s racial heritage and referring to the Manchester bombings and 9/11.’

According to his profile he is an experienced sous chef ‘with a demonstrated history of working in the food & beverages industry’.

He graduated from Barking & Dagenham College and worked at the West Essex Golf Club before taking a job at the Genuine Dining Company last year.

Jack Crispin, of Dagenham, denied one count of racially religiously aggravated common assault and two of assault by beating.

James Crispin, of the same address, denied one count of assault by beating.