The entire Jubilee line was at a standstill thanks to a power failure, which sparked travel mayhem across London.

Commuters were left stranded after the line came to a halt at around 10am on Thursday morning.

And while engineers had fixed the issue at 3.30pm, Transport for London (TfL) said they believe the severe delays wouldn’t be back to normal again until 8pm. 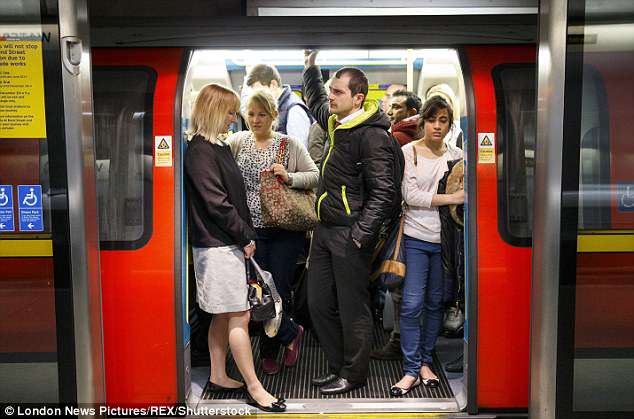 While the Jubilee line is back up and running, delays will continue until 8pm 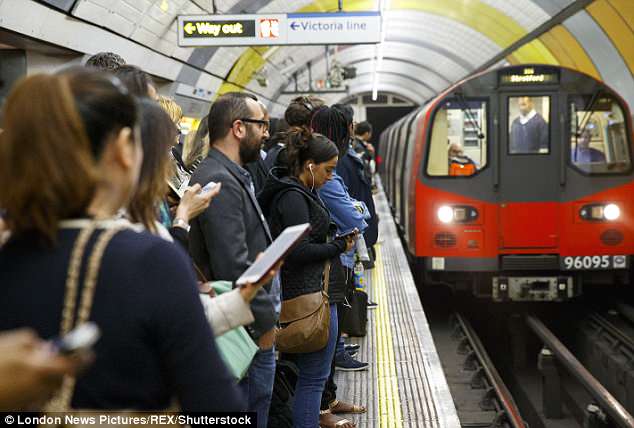 Outraged commuters vented their anger this morning on social media, as their travel plans were severely disrupted

Passengers raged about being trapped on trains for up to an hour and others were frustrated that poor communication only worsened the issue.

Outraged commuters vented their anger this morning on social media, as their travel plans were severely disrupted.

Among the worse stations affected were North Greenwich and Canary Wharf stations.

The issues went through into the afternoon and TfL warned that both Canary Wharf and Heron Quays station would be exit only from 4.30pm.

Meanwhile, others said that they were trapped on trains outside of stations.

A TfL spokesman said: ‘We apologise for the disruption caused by the power failure on the Jubilee line this morning.

‘Our engineers are working to resolve this issue and to restore a normal service as quickly as possible.

‘While the Jubilee line is back up and running, we expect the delays will continue until 8pm.’

Staff have apologised for delays and say that while the Jubilee line is back up and running, disruption will continue until 8pm