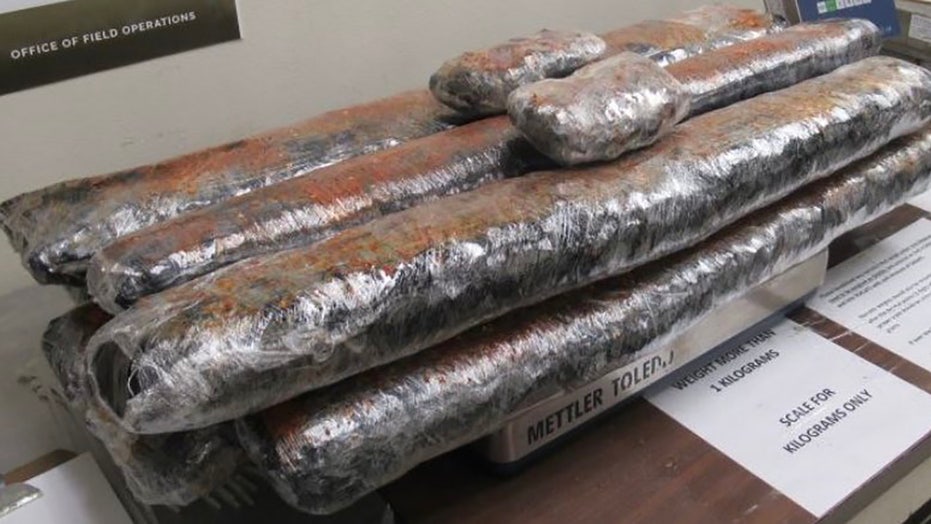 Border Protection officers in Texas intercepted more than $1 million in methamphetamine that was being smuggled across the border from Mexico on Sunday, authorities said.

The seizure happened at the Hidalgo International Bridge in Hidalgo, Texas, U.S. Customs and Border Protection (CBP) said in a statement. The bridge crosses the Rio Grande to connect northeastern Mexico with southeastern Texas. 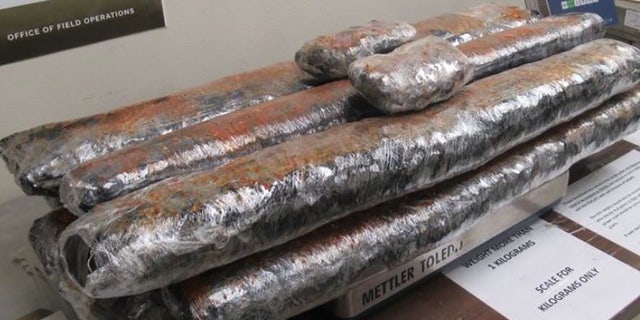 Nine packages of alleged methamphetamine found hidden inside the vehicle weighed 79 pounds and had an estimated street value of $1,100,000, the CBP said.
(U.S. Customs Border Protection)

Officers then discovered nine packages of alleged methamphetamine weighing 79 pounds hidden within the vehicle. The narcotics had an estimated street value of $1,100,000, the CBP said.

“Our CBP officers used all of our available tools and resources to thwart this smuggling attempt and prevented these harmful narcotics from getting to American streets,” said Port Director Carlos Rodriguez in charge of the Hidalgo/Pharr/Anzalduas Port of Entry.

Authorities seized the narcotics and the vehicle. The case remains under investigation special agents with U.S. Immigration and Customs Enforcement-Homeland Security Investigations (ICE-HSI).