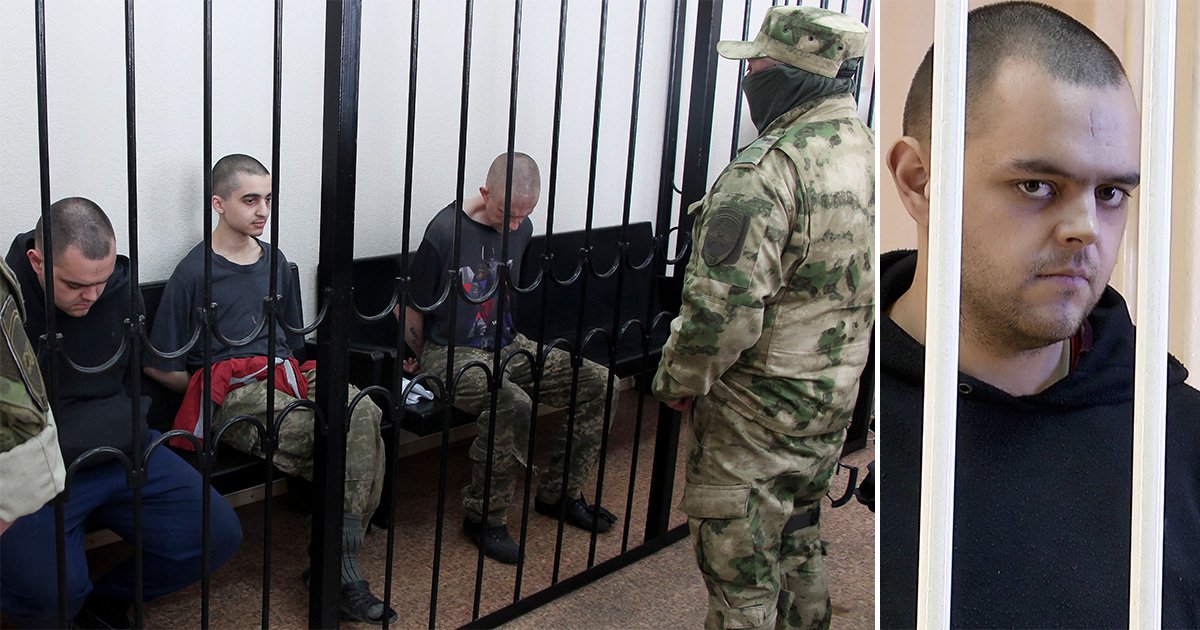 Time could be ‘running out’ to save a captured British fighter in Ukraine from execution.

Aiden Aslin, 28, had been fighting in Mariupol when his military unit ran out of food and ammunition.

They were left with ‘no choice’ but to surrender to Russia.

Mr Aslin’s family has since been working with both the Foreign Office and Ukrainian government to desperately try to get him home.

But now they fear ‘time is running out’.

Pamela Hall, Mr Aslin’s grandmother, told the BBC: ‘There are no words, just no words, it’s got to be everyone’s worst nightmare to have a member of your family threatened in this way’.

‘Aiden was extremely upset when he called his mother this morning. The bottom line is Aiden has said the DPR has told him nobody from the UK has made contact, and that he will be executed.

‘I have to believe what Aiden has said to us, that if the DPR don’t get some response then they will execute him. Obviously I hope that isn’t true.’

Mr Aslin, originally from Newark in Nottinghamshire, moved to Ukraine in 2018 after he fell in love with a woman from Mykolaiv.

He enlisted in the Ukrainian army the same year and has previously fought against the Islamic State in Syria.

The 28-year-old was one of three men accused of being mercenaries for Ukrainian forces.

He, and fellow Brit Shaun Pinner, had been sentenced with the death penalty in a sham court.

The court, which was set up by Moscow-backed militants who seized the territory in 2014, is not recognised internationally.

Russian media outlet RIA Novosti reported at the time that the three are set to face a firing squad.

In a statement released earlier this month, Mr Aslin’s family described him as a ‘much-loved man and very much missed’.

They said: ‘This is a very sensitive and emotional time for our family, and we would like to say thank you to all that have supported us.

‘We are currently working with the Ukrainian government and the Foreign Office to try and bring Aiden home.

‘Aiden is a much-loved man and very much missed, and we hope that he will be released very soon.’