An Oxford college has been accused of ‘cancel culture’ after apologising to students for the ‘distress caused’ after it hosted a Christian conference.

Worcester College hosted a Christian Concern training camp at the beginning of September while the college was closed for the summer break.

Students reportedly complained that the the curriculum for the week-long event – which also hosted a speaker reportedly linked to ‘conversion therapy’ –  was ‘Islamophobic’ as the final day included a discussion about ‘the nature of Islam’.

In its apology, the college said booking the event ‘was a serious failure that has caused significant distress’ to students who discovered a leaflet from the event when they returned to the college after summer.

Christian Concern said the apology showed ‘cancel culture has once again demonstrated the power of its grip in one of our top universities’ and accused college leaders of ‘capitulating to an aggressive movement’. 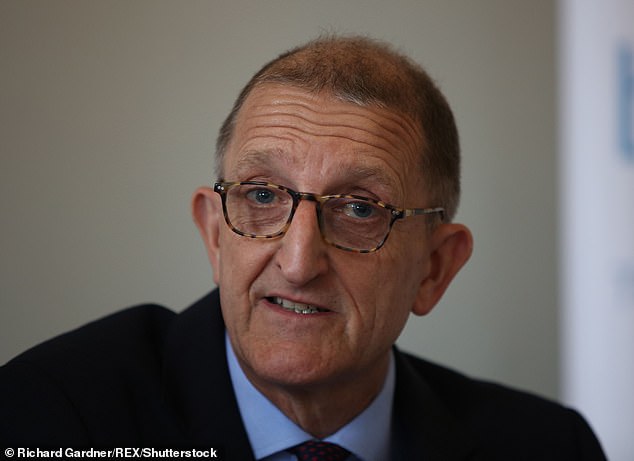 David Isaac, the Provost of Worcester College since July this year, is understood to have ordered an investigation into the hosting of a Christian conference at the beginning of this month 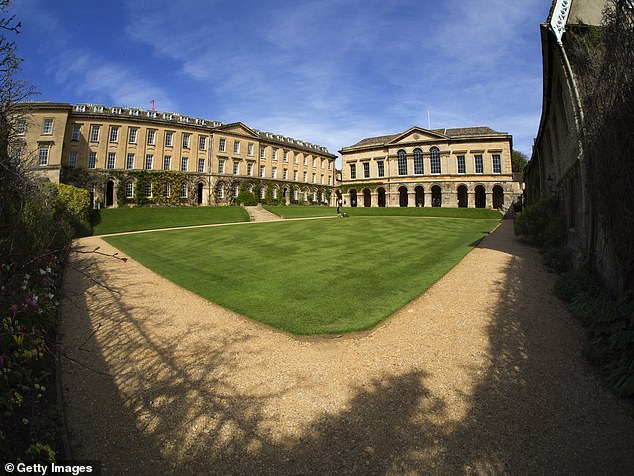 David Isaac, who took over as the new Provost of Worcester College in July this year, is understood to have ordered an investigation into the hosting of the residential camp after receiving a complaint from the president of the student union.

Mr Isaac was the previous chairman of the Equality and Human Rights Commission (EHRC), during which time it released guidelines to protect ‘freedom of expression amid growing criticism of no-platforming decisions’. He was also previously chairman of the LGBTQ+ charity Stonewall.

Christian Concern, which held its annual Wilberforce Academy at the college from September 6 to September 11, said none of the students who complained or the college heard what was said in the seminars.

The event also hosted Mike Davidson, a speaker who is reportedly linked to ‘conversion therapy’ and who previously said he ‘takes people seriously’ if they choose to move away from ‘homosexual practices and feelings’.

The Wilberforce Academy has been hosted by Oxbridge Colleges for the past 11 years. In 2013, Trinity College apologised for hosting the conference over the Easter break.

A spokesman for the evangelical campaign group said it was unaware of any complaints or concerns, adding that the more than 100 young people who attended were ‘warmly welcomed’ at the college. 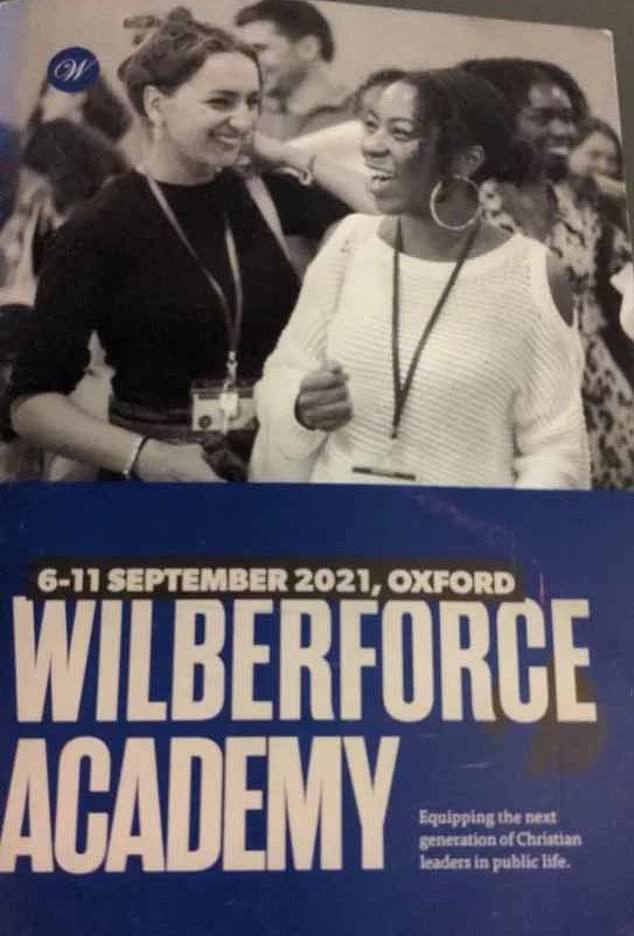 Andrea Minichiello Williams, chief executive of Christian Concern, told MailOnline: ‘Sadly, we have had no communication from Worcester college about these reports of an “apology” for hosting us, despite our attempts to contact staff and discuss what has been alleged.

‘But if the college has turned its back on us, it seems that cancel culture has once again demonstrated the power of its grip in one of our top universities, fuelled by a small group of activists who won’t tolerate any view that departs from their own narrow ideology and who will resort to tactics of misrepresentation and sweeping allegations to get their way, seemingly frightening nearly everyone into submission.

‘That a college now led by someone who has so often claimed to be a defender of freedom of expression in higher education is rumoured to have capitulated to this aggressive movement is even more concerning.

‘We very much enjoyed our week at the college, were very warmly welcomed, including by the Provost, received many compliments from the staff and were not aware of any complaints or concerns being raised with us at the time. Yet now we hear it alleged that the college has “apologised” for hosting us!

‘We will be seeking urgent clarification. Whatever happens, we will continue to speak of Jesus Christ who was himself an “outsider” and by his words and actions demonstrated his commitment to reaching the marginalised, excluded and vulnerable so that they could discover true hope and everlasting love through him, even sacrificing his own life to do so.

‘Oxford University should continue to stand for free speech and free expression and allow its students to have the intellectual ability to decide whether they wish to attend external events, and to make up their own minds on what they hear.

‘None of the students who complained actually heard what was said in the seminars. Neither does the college know what was said. They appear just to want to shut down any discussion.

‘We had such a warm welcome from them and it is upsetting that no one called us about it, to hear our side.’

Students first became aware of the event after first-year students on the Opportunity Oxford programme discovered a leaflet about the residential camp, student newspaper The Tab reports.

A spokesman for Worcester College told The Tab: ‘We deeply regret the distress caused to students, staff and other members of the college community by the presence of the Wilberforce Academy conference.

‘The college was not aware of the speaker list or programme content in advance. The booking was taken in good faith, but it is clear that our procedures did not work as they should. We have begun an urgent review to ensure that this does not happen again.

‘We have agreed with the JCR (Junior Common Room) Committee that the profit from the conference will be set aside to fund dedicated equality, diversity and inclusivity initiatives.

‘We are working with students and other members of the college community to identify the most appropriate projects.

‘We acknowledge that this was a serious failure that has caused significant distress, and we apologise unreservedly to all those who have been affected.’

The self-styled ‘People’s Republic of Worcester College’ was previously led by Dr Kate Tunstall, a French literature expert, who was called ‘Red Kate’ for her support for the Labour Party and the Palestine Solidarity Campaign.

As interim Provost, she was the most prominent figure of a 150-strong faction of rebel Oxford academics threatening to boycott Oriel students over the Cecil Rhodes statue, and once tried to ban the centuries-old customs of standing for dons and saying grace before meals.