Canadian fire services are bracing for more wildfires throughout the weekend after abnormally high temperatures have been recorded in swathes of North America in recent days. Hundreds of deaths in Canada and the US states of California, Oregon, and Washington have been linked to the recent historic heatwave. Express.co.uk has compiled a number of maps to show where these wildfires are currently blazing.

Deadly wildfires have erupted across parts of Canada in the wake of an unprecedented heatwave.

The Government said it would send military aircraft to assist emergency services in British Columbia in their efforts to control the fires.

Evacuation orders and alerts have gone out in a dozen communities. 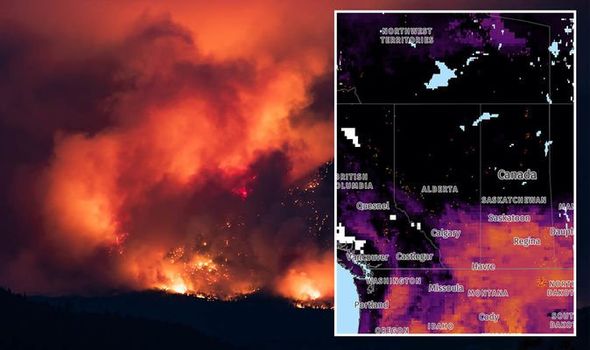 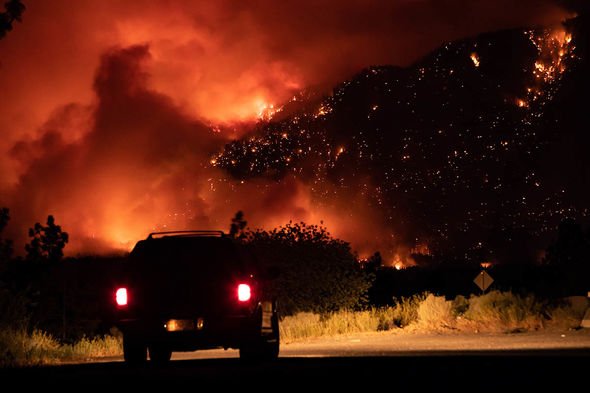 The BC Wildfire Service tweeted around 6am BST is currently responding to the Durand Lake wildfire which was classified as out of control.

An estimated 450 hectares of wildfire was reported at the scene and an evacuation order for 95 nearby properties had been issued.

He tweeted: “We’ll keep working with the province, and we’re ready to do everything we can to help British Columbians get through this and rebuild.” 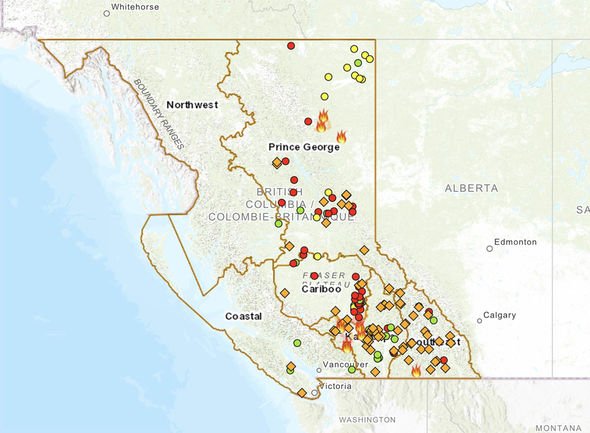 On Friday the BC Wildfire Service revealed 12,000 lightning strikes had been recorded on Thursday.

The service’s director of provincial operations Cliff Chapman said: “Many of those lightning strikes were hitting near communities.”

Canada’s Defence Minister Harjit Sajjan said the Government would provide assistance including military helicopters and personnel to help tackle the fires and reach people threatened by the flames.

The rampant blazes have forced people from their homes and closed many highways in both directions. 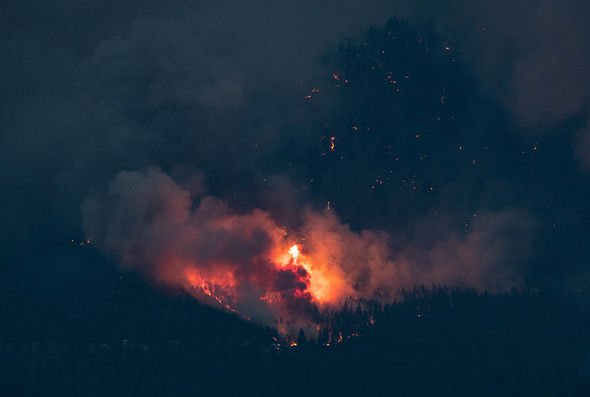 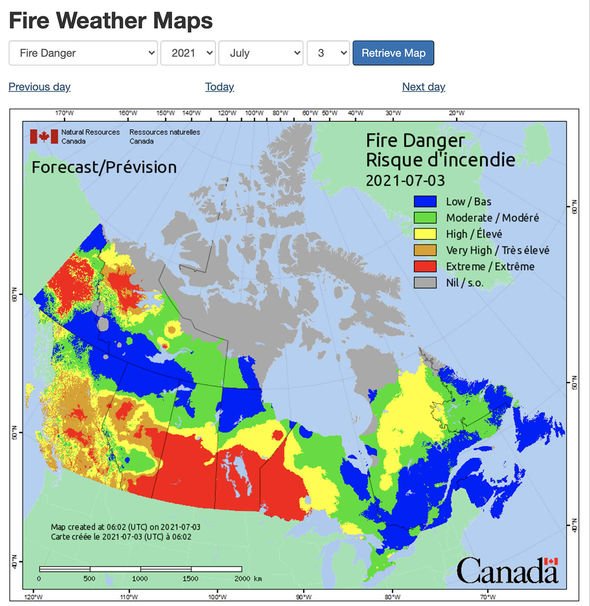 Public Safety Minister Bill Blair said the weather and the wildfires were having a “devastating” and “unprecedented” impact on British Columbia.

The village of Lytton in Canada recorded its highest ever temperature of 49.6C on Tuesday.

Temperature eased on Wednesday, but a wildfire broke out that same afternoon and took over the town, consuming buildings so rapidly many were not given advance notice to evacuate.

Edith Loring-Kuhanga, an administrator at Stein Valley Nlakapamux school, wrote on Facebook: “Our poor little town of Lytton is gone.

“We loaded everyone up in our vehicles and started driving … we had no power or internet in Lytton and everyone was trying to reach people.

“This is so devastating – we are all in shock! Our community members have lost everything.” 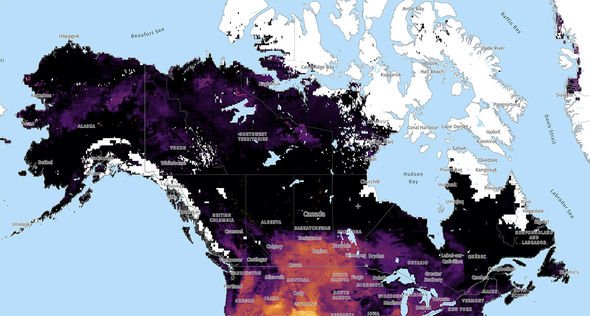 The medical examiner’s office in British Columbia revealed the extreme heat was a likely contributor to the 719 sudden deaths reported in the region from June 25 to July 1.

This figure is “three times more” than the average for the time of year.

In a statement, Chief Coroner Lisa Lapointe said: “Many of the deaths experienced over the past week were among older individuals living alone in private residences with minimal ventilation.”

She added: “This number is preliminary and subject to increase as additional reported deaths are entered into our system.”