Do camels store water in their humps? Can you get high from licking a toad? Test your knowledge as the myths and surprising facts of the animal kingdom are revealed in a mind-blowing new trivia book

Can licking a toad’s back get you high? Do male seahorses give birth? And can vampire bats donate blood? The animal kingdom is full of myths — and astonishing realities. In their new book, scientists Dani Rabaiotti and Nick Caruso sort out what’s true and what’s false…

Despite their sinister reputation, the three species of vampire bats in Central America are surprisingly social creatures, living alongside one another in large colonies.

If any bat hasn’t managed to find food on its nightly hunting trips, another bat in the colony will share its meal — usually bird blood — mouth-to-mouth. 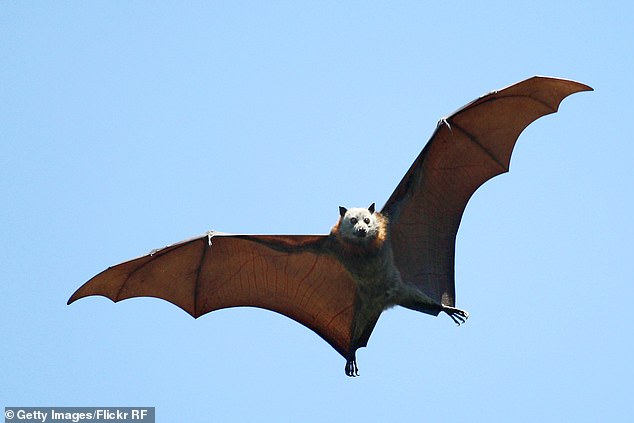 Despite their sinister reputation, the three species of vampire bats in Central America are surprisingly social creatures. Stock photo

Claim: Earwigs like to lay eggs in your ears

The belief that earwigs like to burrow into our ears dates back to the writings of Roman author and naturalist Pliny the Elder, who made the claim — but it is false nonetheless.

Earwigs do like moist, dark places, but they prefer natural habitats, such as in soil and under tree bark, to ears.

Thankfully, an earwig has never been reported to have laid an egg inside a human’s ear canal.

Claim: You can get high from licking a toad

Undoubtedly one of the strangest things people have done to elicit a recreational high is to lick a toad — in particular, the cane toad and Colorado River toad, which produce the chemical 5-methoxy-N, N-dimethyltryptamine.

While this chemical makes the toads unpalatable to predators, in humans it triggers the release of serotonin, a feel-good substance in the brain, which can also produce powerful hallucinations.

Claim: Cutting in half an earthworm creates two earthworms

If you’ve ever seen an earthworm split in two by a shovel, you’ll have noticed that one wriggling body is replaced by two. But they don’t both become a new worm. While earthworms can regenerate tissue, a tail will only grow back from the half that contains the head.

The other half may wriggle for a time due to nerves in the tissue still firing, but it will not regenerate into a new worm.

Claim: White sand is made of fish waste

Yes, the white famous beaches of the Maldives are one giant accumulation of fish excrement. But not just any old fish — this sand is formed by the bumphead parrotfish, which feeds almost entirely on coral that contains a tasty type of algae. The coral is chewed into dust and excreted as a fine sand. One fish can produce 90kg of sand a year.

It may seem like wasps are out to sting you and ruin your picnic, but there’s an explanation for their actions. Worker wasps spend their lives seeking high-protein foods, such as insects, to feed the colony’s young. But, when the last brood has been raised and the worker’s job is done, they look for sugary foods to sustain themselves. 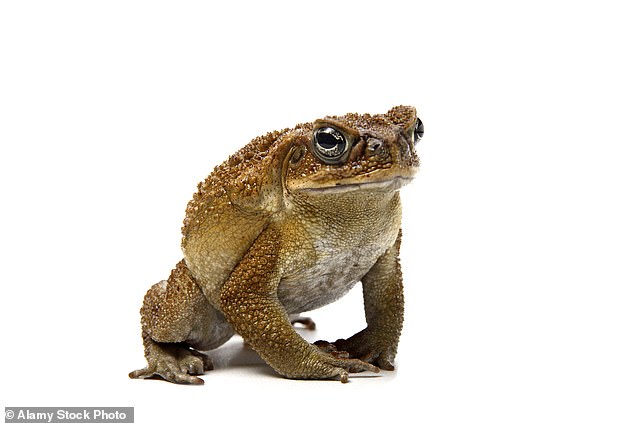 Undoubtedly one of the strangest things people have done to elicit a recreational high is to lick a toad. File photo

Capuchin monkeys found in forests in Central and South America go to great lengths to woo a mate. One method used by males is to urinate into their paws and rub it into their fur.

Females can sniff out the testosterone levels in urine to identify sexually mature males — as well as determining the male’s status in their group’s hierarchy. High levels of testosterone often correspond to a high social status.

Claim: An anteater uses its nose to suck up ants

The anteater’s long snout in fact contains both its mouth and nose. If an anteater used its nose to inhale ants, the insects would bite and sting the inside of the nasal canals. Instead, anteaters use their long tongues of up to 60cm, which can be flicked up to 160 times per minute, to lap up the ants before swallowing them.

When a male argonaut octopus spots a mate, it launches its ‘penis’ — a sperm-filled tentacle — in the direction of the female.

This appendage ‘swims’ towards the female, attaches to a mantle behind her head and is stored in a cavity. Females can store the sperm of multiple males in these cavities to fertilise their eggs.

Unfortunately for the male argonauts, they die shortly after detaching their appendage.

Claim: Male seahorses can give birth

Male seahorses are equipped with a stomach pouch resembling that of a kangaroo. After a courtship dance, the female will deposit eggs in the pouch to be fertilised.

The male is able to regulate the temperature of the pouch — as well as transfer nutrients through its skin to the eggs. While the male is incubating the eggs, the female produces more to replace those that will hatch from the pouch.

Camels can survive for more than ten days without water, but it’s not because they carry fluid in their humps.

The hump is where the camel accumulates fat. Distributing fat around the body would, in desert climes, raise the animal’s body temperature to dangerously high levels.

So how do camels stay hydrated? In addition to having coats and nostrils that have evolved to limit sweating, they drink very quickly, gulping down 200 litres of water in just three minutes.

Claim: All birds are monogamous

Approximately 92 per cent of the nearly 10,000 species of bird on our planet exhibit a form of monogamy — but a minority do not.

For instance, DNA analysis of blue tits suggests that up to half of eggs in a nest belong to a male other than the one tending them as part of the pair. 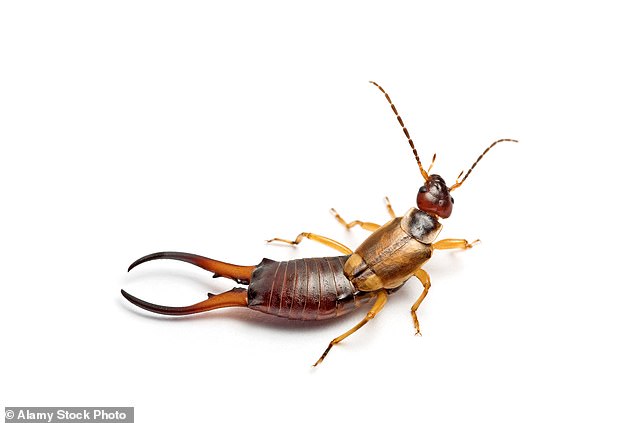 The belief that earwigs like to burrow into our ears dates back to the writings of Roman author and naturalist Pliny the Elder. File photo

Polar bears eat seals, rodents and fish, but not penguins.

Vultures defecate on to their legs. Some ornithologists claim this kills any bacteria that the birds may have picked up from standing and feeding among dead and decaying carcasses.

However, this is not true. Vultures don’t have sweat glands, so they need another way to cool off. Their legs are well-supplied with blood vessels lying close to the surface of their skin and, as the liquid waste evaporates, it helps them lose heat and remain cool.

Claim: Horses are unable to vomit

When human beings vomit, our stomach is squeezed between the organs in our abdomen and diaphragm, therefore expelling its contents.

However, horses can’t do this because they have a powerful valve at the bottom of the oesophagus that prevents food rising up through their gastrointestinal tract.

Claim: Some newts stab themselves to deter predators

In 1879, Franz Leydig, a German zoologist, observed an unusual trait in the Iberian ribbed newt. When startled, he noted, sharp spines suddenly appeared along its sides.

In fact, they are the newt’s ribs, which force their way through the skin to make it harder for predators to swallow them.

Fortunately for the newt, it also has a remarkable ability to repair the broken skin afterwards.