Cambridge University has risen to second place in new global university rankings – with the UK home to four universities in the top ten.

Massachusetts Institute of Technology (MIT) has retained first place in the rankings for 11 years. Stanford University in the US was third and Harvard came fifth.

Imperial College London rose from seventh to sixth in 2023, while University College London was ranked eighth, as in 2022. Of the 90 British universities ranked, ten improved their position since last year, 48 had declined and 32 remained stable. 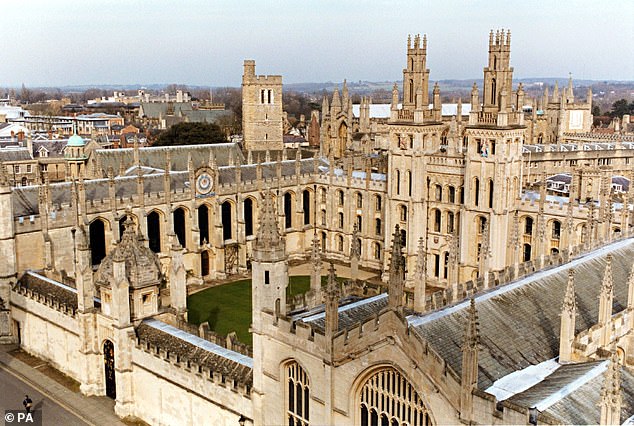 The QS Quacquarelli Symonds world university rankings for 2023 have seen Cambridge rise from third place, while Oxford fell two places to fourth. Pictured: All Souls’ College from the Church of St Mary the Virgin, Oxford University 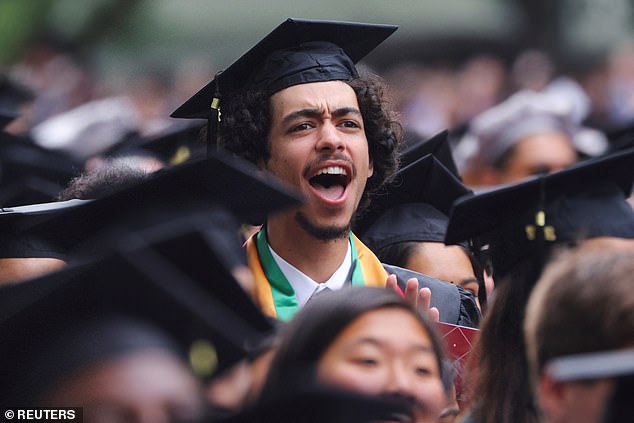 Massachusetts Institute of Technology (MIT) has retained first place in the rankings for 11 years. Stanford University in the US was third and Harvard came fifth. Pictured: A graduating student cheers during the Commencement ceremony at MIT in Cambridge, Massachusetts, U.S., May 27, 2022

Ben Sowter, director of research at QS, said: ‘Perhaps no British research success story has captured the public imagination to the extent that the University of Oxford’s role in developing the [AstraZeneca] vaccine has.

‘Despite an overall decline compared to last year’s performance in our rankings, the UK remains indisputably the world’s second most successful higher education system.

‘As British higher education navigates its post-Brexit and post-pandemic future, it should continue to build on its ability to form effective partnerships and collaborations and attract global talents.’