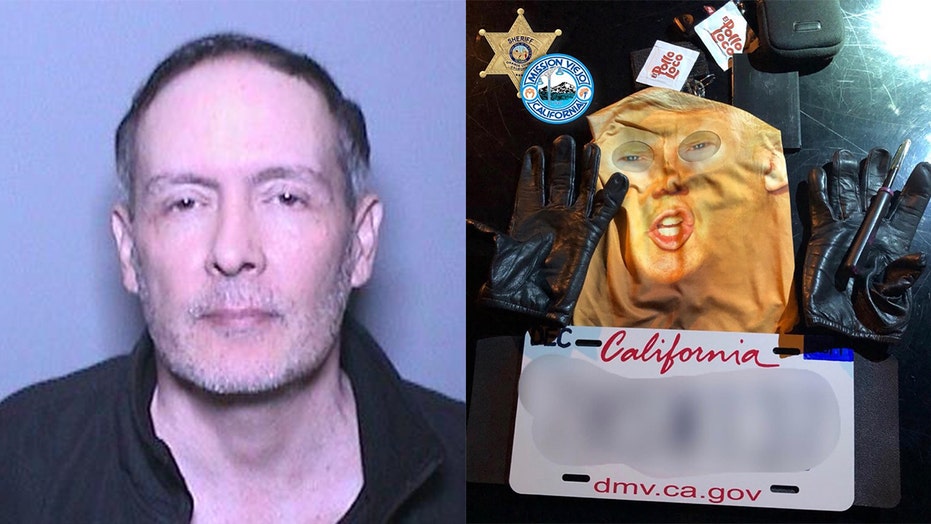 Fox News Flash top headlines for May 28 are here. Check out what’s clicking on Foxnews.com

This guy is in yuge trouble.

California deputies reportedly did a “double take” when they saw a man in a Donald Trump mask slashing tires and breaking the windshield of a parked vehicle on Memorial Day.

“They had to do a double take when they saw a person resembling President Trump slashing tires and breaking the windshield of a parked vehicle,” the department said.

But Trump mask aside, officials said the perpetrator was no joke and carried a loaded handgun, body armor, an airsoft shotgun and a helmet. 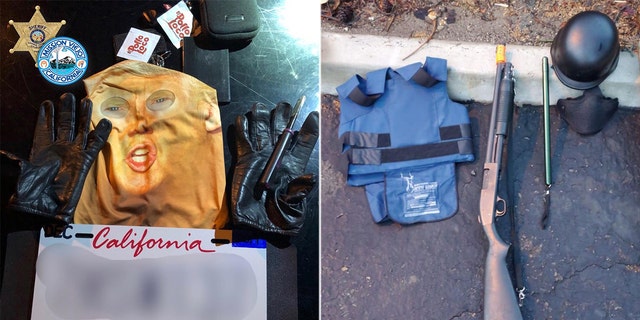 Deputies in Orange County, Calif., said a man was arrested Monday after he was caught vandalizing vehicles in a Trump mask. The suspect also had a loaded handgun, body armor, an airsoft shotgun, and helmet, and fake license plates, they said.
(Orange County Sheriff’s Department )

“His vehicle also had white/amber takedown lights affixed to his windshield and fake license plates,” the department said.

Authorities identified the masked man as 56-year-old Rory Zimmerman, according to KTLA-TV. He was arrested on suspicion of felony vandalism. 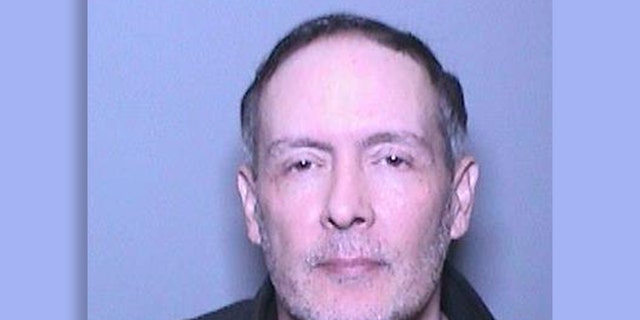 The station reported the vandalized vehicles were owned by a business that once employed Zimmerman.

Online records showed Zimmerman was released on bond from the Orange County Jail.

The jail listed his occupation as unemployed.