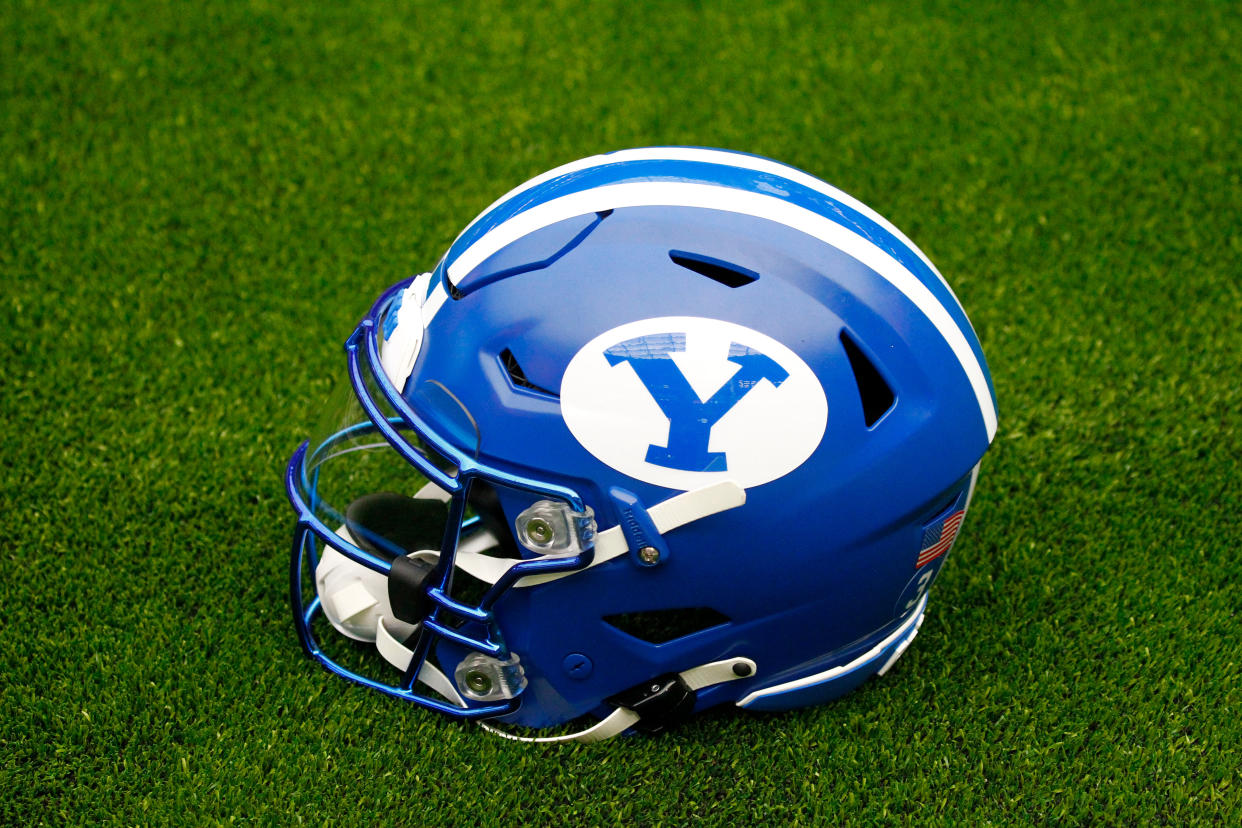 BYU offensive lineman Sione Veikoso was killed in a construction accident in Hawaii on Friday. He was 22 years old.

According to KITV 4 in Hawaii, Veikoso was killed by a falling rock wall at a home outside of Kailua. He was one of three who were trapped underneath the rubble of the wall. The other two trapped were transported to a hospital in serious condition.

The third person was found further under the debris and firefighters were able to remove the remaining debris to extricate him. That person was pronounced dead at 1:35 p.m.

"We are extremely saddened to learn of the tragic death of one of our brothers, Sione Veikoso," BYU coach Kalani Sitake wrote on Twitter late Friday night. "His passing is heartbreaking to all of us. We offer our deepest condolences and prayers to his family as we share in their grief. Our love for you is forever, Sione!"

We are extremely saddened to learn of the tragic death of one of our brothers, Sione Veikoso. His passing is heartbreaking to all of us. We offer our deepest condolences and prayers to his family as we share in their grief. Our love for you is forever, Sione! https://t.co/F2xSEynQpM

His family said in a statement to the Honolulu Star-Advertiser that he had worked as a teenager to support his single mother before she died seven years ago. Two other men working at the site suffered minor injuries, according to the Honolulu fire department.

“He was a gentle giant who loved his family. He was reliable and caring,” said Joshua Kava, Veikoso’s cousin, in a written statement to the Honolulu Star-Advertiser.

Kava said Veikoso is survived by two sisters, Mele and Sanimata, and one brother who is also named Sione.

The BYU Football Family mourns the passing of our dear teammate and fellow Cougar, Sione Veikoso. May his family and friends feel our love and faith at this most sacred and difficult time. Peace be with you now and forever Sione. https://t.co/mcLuYjlf6M

Veikoso was a native of Kailua and transferred to BYU ahead of the 2022 season after playing at Arizona State in 2021. He went to ASU after he was on a two-year mission for the Church of Jesus Christ of Latter Day Saints in Brazil.

The 6-7, 305-pound lineman appeared in one game for the Cougars in 2022 as a redshirt freshman. His cousin Sione Kava was a defensive tackle at Oregon for two seasons in 2018-19 and cousin Isi Sofole was a running back at Cal from 2009-12.