More than 1,000 bus drivers in London are set to walk out over the August bank holiday weekend over a pay dispute, affecting Notting Hill Carnival which returns after a three-year hiatus.

Notting Hill Carnival will close down a huge section of west London from the early hours of Sunday August 28 to 6am on Tuesday August 30, with many relying on buses to get to the famous festival.

Unite claims the dispute is a result of the workers only being offered a pay increase of 3.6 per cent for 2022 and 4.2 per cent for next year. The union said it would be a ‘real terms pay cut’ because the real inflation rate (RPI) stands at 12.3 per cent. 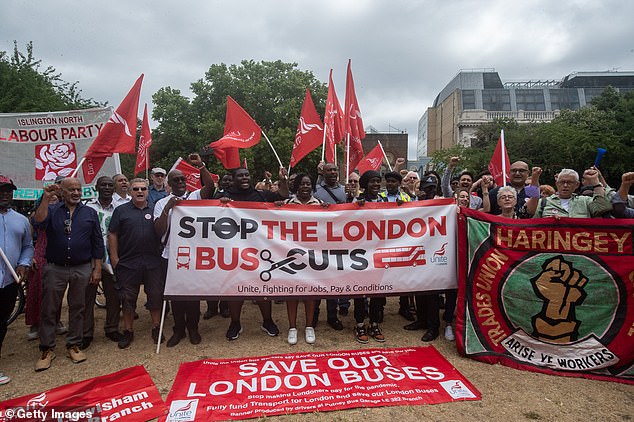 Unite bus drivers protest on August 3: The drivers are set to walk out over the August bank holiday weekend 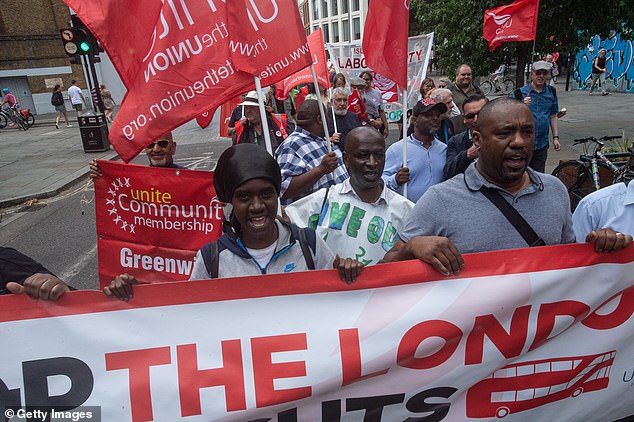 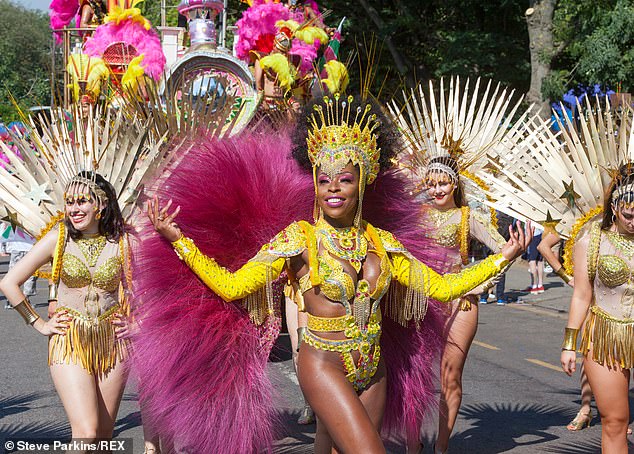 She said: ‘It (RATP) can fully afford to pay its workers a decent pay increase, but it is refusing to do so.

‘Our members play a vital role in keeping London moving and they are not going to accept a real terms pay cut when they are already worried about how to make ends meet.’

The Park Royal, Shepherd’s Bush and Stamford Brook depots all serve routes which are in the vicinity of the carnival.

The world-famous festival is one of the capital’s most colourful and vibrant events of the year, but has not gone ahead since 2019 due to the Covid-19 pandemic.

An astonishing two million people have been known to turn up at the festival to crowd the streets, causing chaos in the surrounding transport links and streets.

Unite regional officer Michelle Braveboy added: ‘Strike action will inevitably cause considerable disruption and delays across west and south London, including for the carnival, but this dispute is entirely of the company’s own making.’

But a spokesperson for TFL said: ‘The carnival won’t be severely disrupted due to only a small number of bus routes being cancelled.

‘TfL is doing everything it can to reduce the impact of the strike action and is running as many bus services as possible, however customers are advised to check before they travel and leave extra time for their journeys.’

Multi-million pound shops and houses in Notting Hill have also been boarded up in preparation for this year’s carnival.

The vast majority of roads in the festival area will be closed to make way for the iconic parades, floats and dancers. 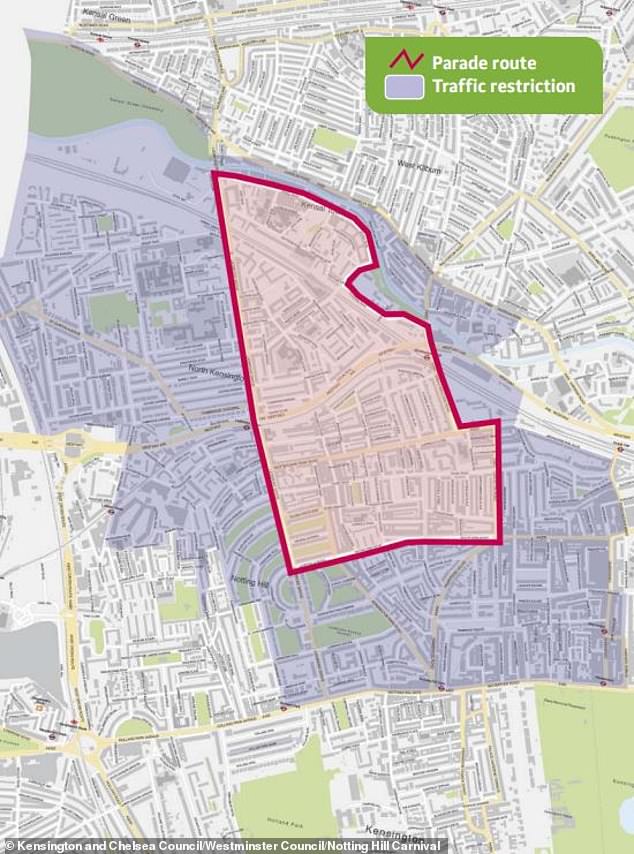 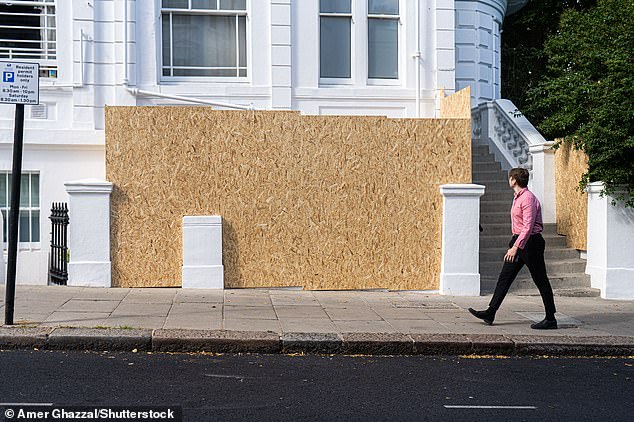 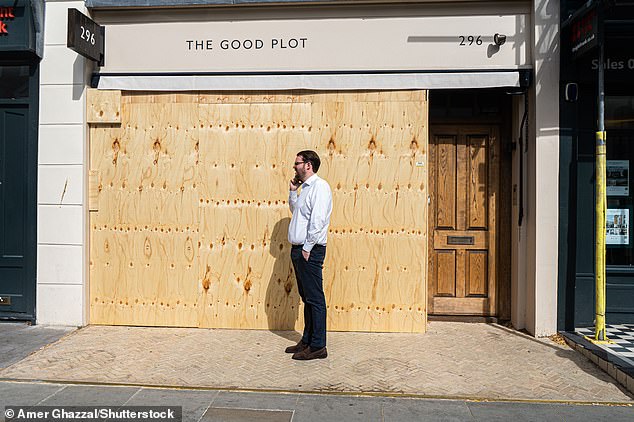 The high-class area also has a range of restaurants and cafes, many of which have also shut up shop this week

The sheer number of people arriving in Notting Hill can cause a headache for local businesses, many of whom have boarded up their windows days in advance for fear of vandalism during the festivities.

The west London neighbourhood is one of the most expensive areas for shops and homes in the UK, with an average house price of over £2 million, according to property website Rightmove.

Although the local council said it did not recommend boarding up windows during the festival, many homes and businesses have taken matters into their own hands to try and prevent any damage.

Restaurants, cafes, shops and multi-million pound houses across the festival area have covered up their windows and doors to avoid any damage caused by the massive crowds passing by.

A gym as far away as Kensington High Street – 1.5 miles from Notting Hill – was even advised by Kensington and Chelsea Council to close its doors during the festival because of the size of the crowds passing through the area.

Numerous crimes have been known to happen during the festival in previous years. The last time Notting Hill Carnival was held, a Freedom of Information request sent to the Met Police showed there were 463 crime allegations inside the carnival area in just two days.

The largest proportion of these were drug offences, of which there were 209 allegations during the festival.

There were also 88 thefts, burglaries and robberies as well as six criminal damage offences recorded.

Emma Will lead councillor for culture, leisure and community safety for Kensington and Chelsea Council said: ‘For some local businesses in the area, the bank holiday can be a difficult weekend, but for many others it is a great opportunity.

‘To enable businesses to be as well informed and prepared as possible, we provide 1300 local businesses with a booklet which contains information about trading, road closures and deliveries and waste collection over the weekend, which is available at www.rbkc.gov.uk/carnival.

‘Carnival is a fantastic community-led event so we don’t recommend businesses board up their premises, as we work closely with the Event organiser and the Police, to ensure a safe event for everybody.’