Bus driver, 73, is found guilty of choking his 48-year-old wife to death after mocking her in a ‘Punch and Judy’ voice then telling police, ‘I killed the b***h’

A former bus driver who ‘tormented’ his wife by using a ‘squeaky Punch and Judy voice’ has been found guilty of chocking her to death.

Keith Bettison, 73, murdered 48-year-old Ildiko Bettison at their home in Chessington, Surrey on Halloween last year and told police ‘I killed the b****, what more do you want to know’ when they found him.

The couple were ‘big drinkers’ and their relationship had been deteriorating after Bettison lost his job, the Old Bailey heard.

Bettison was sacked for gross misconduct for crashing a bus while reversing six months before the killing.

On Tuesday, a jury deliberated for four hours to find Bettison guilty of murder at the Old Bailey. 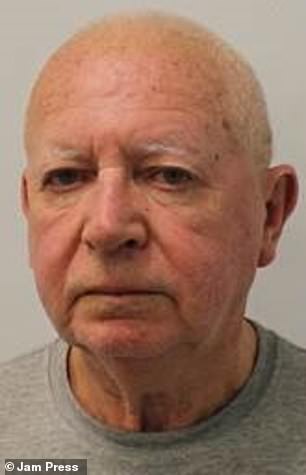 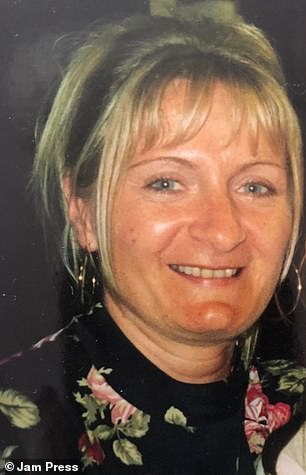 Keith Bettison, 73, (left) who ‘tormented’ his wife Ildiko Bettison, 48, (right) by using a ‘squeaky Punch and Judy voice’ has been found guilty of chocking her to death 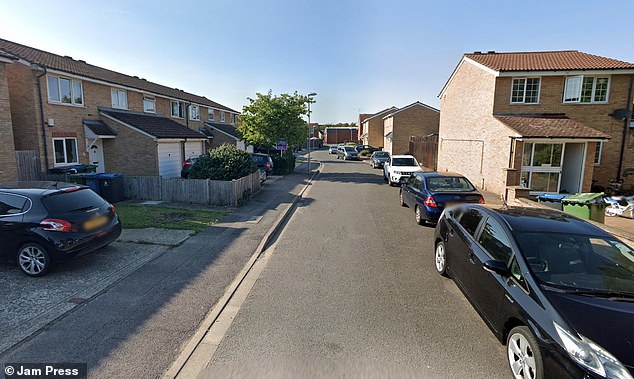 The trial had heard how Mrs Bettison, who is originally from Hungary, used to ‘idolise’ her husband and would do anything for him.

But around two years ago, their relationship changed and the couple began drinking heavily and arguing.

The defendant crashed a bus while reversing and left his job before he could be sacked in June 2020.

Neighbour Debbie May heard a lot of the couple’s rows because the walls between their houses were thin, jurors heard.

Ms Bex said: ‘Debbie May says that not long before Ilde died she had fallen down the stairs when she was drunk.

‘She heard the defendant tormenting her by mimicking her in a squeaky Punch and Judy type of voice. She heard him call her a fat cow.’

On another occasion, Mrs Bettison told her she had thrown a mirror at him, which hit the front door instead.

On October 26 last year, Mrs Bettison had a black eye and told Ms May: ‘Look, he’s punched me.’

The night before she died, Mrs Bettison turned up on Ms May’s doorstep wearing a small nightdress and holding a glass of gin and tonic.

She showed her friend bruises on her arm and legs saying ‘it was him’ before getting up to go home at around 11.30pm, the court heard. 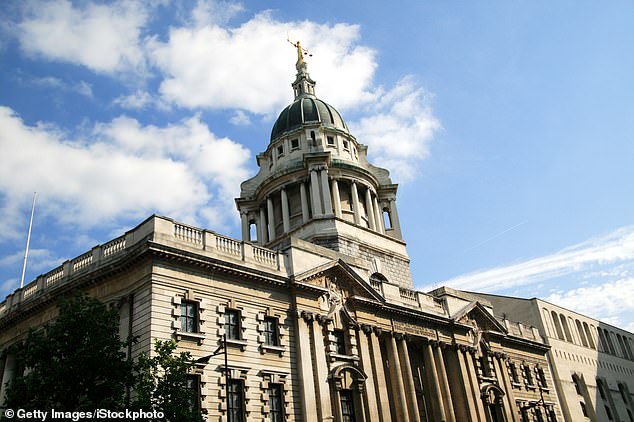 Bettisone told police ‘I killed the b****, what more do you want to know’ when they found him, the Old Bailey heard

At 1am the defendant called his daughter Zsuzsika Bettison, 25, and said: ‘I’ve killed her. I could not take it any more.’

The defendant went on to ring 999, saying: ‘We had a fight and I think I’ve killed her, she’s dead.’

When police arrived at their home on the night of the murder, Bettison said: ‘I killed the b****, what more do you want to know.’

Bettison was arrested at the scene and charged with her murder later that day. He later plead not guilty to the offence.

Police found Mrs Bettison lying semi-naked and collapsed in bed and she was pronounced dead shortly after 2am.

While in custody, the defendant said: ‘She gets angry and hits me and I have to hit her back, what can you do?’

Mrs Bettison had allegedly confided in a friend that her husband had previously put her in a strangle hold, with his arm around her neck.

Jurors were told this type of ‘carotid sleeper hold’ could be how Mrs Bettison was choked when she died.

The prosecution claimed Bettison probably held his wife down from behind, for between 15 and 30 seconds.

But Bettison told jurors he only held her throat in front for a few seconds after she drunkenly accused him of having an affair.

He said he then got up and went downstairs, expecting her to follow.

The prosecution suggested that the position of Mrs Bettison’s body on the bed was inconsistent with the defendant’s account. 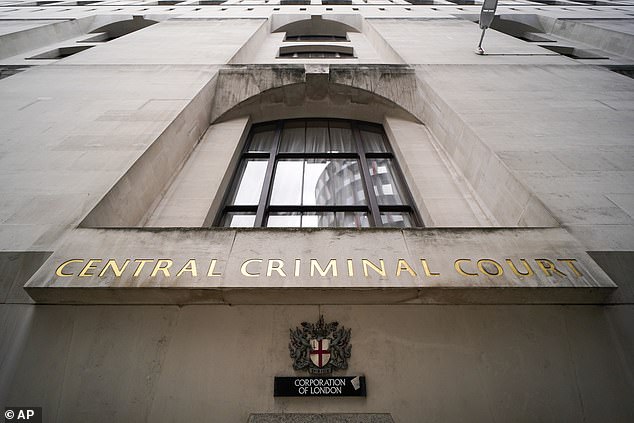 Their daughter previously told the court the family had gone to several counselling sessions relating to her mother’s alcoholism in the months leading up to her death.

The couple stopped drinking after her mother was diagnosed with significant liver damage – but started again a month later.

Graduate Zsuzsika said of her father: ‘He would make noises and stuff.

‘He would say what she said, but sort of do it back in a voice, like a childish voice, because he was annoyed.

‘It was just to annoy her, because he was annoyed she would not stop getting at him.

‘It would just be that sort of voice, he would call her fat and stuff.’

Zsuzsika filmed two videos of her parents drunkenly arguing in the weeks before the killing showing her mother shout at her father as he laughs and hurls insults back at her.

‘Can’t do nothing in bed, you can’t even go hard enough.’

Zsuzsika said: ‘I wanted to show my mum what she was like when she was drinking, and I thought might help.

‘It was typical, but that was bad.

‘She would always say “You defend Dad over me.”’

Zsuzsika told the court her father called him after the alleged murder.

She continued: ‘I answered the phone, and he was crying,

‘He repeated he strangled her.

‘I think he was still in the car.

‘He said he’d reached the end of his tether.’

The court heard that Ildika was ‘a nice mum’ but became abusive after she drank.

‘It was not her, it was obviously the alcohol. But when she was drinking, she turned into like a different person.

‘My dad wouldn’t start the arguments, it was always my mum.’

She said she had seen her father hit her mother in the face once after she had physically attacked him.

Detective Chief Inspector Vicky Tunstall, of the Met’s Specialist Crime Command, said: ‘This was a needless act of extreme violence fuelled by uncontrolled anger and alcohol.

‘No amount of remorse on the part of Keith Bettison will bring Ildiko back to her family. Due to his actions their extended family has lost them both and our thoughts are with them today.”

Bettison was remanded into custody to be sentenced today.