BUNGLING developers were ridiculed after they built a row of houses behind an existing road sign –  completely blocking the gate to one property.

Locals took to social media in bewilderment at the bodge job at the newly-constructed townhouses labelling those responsible as 'brain dead'. 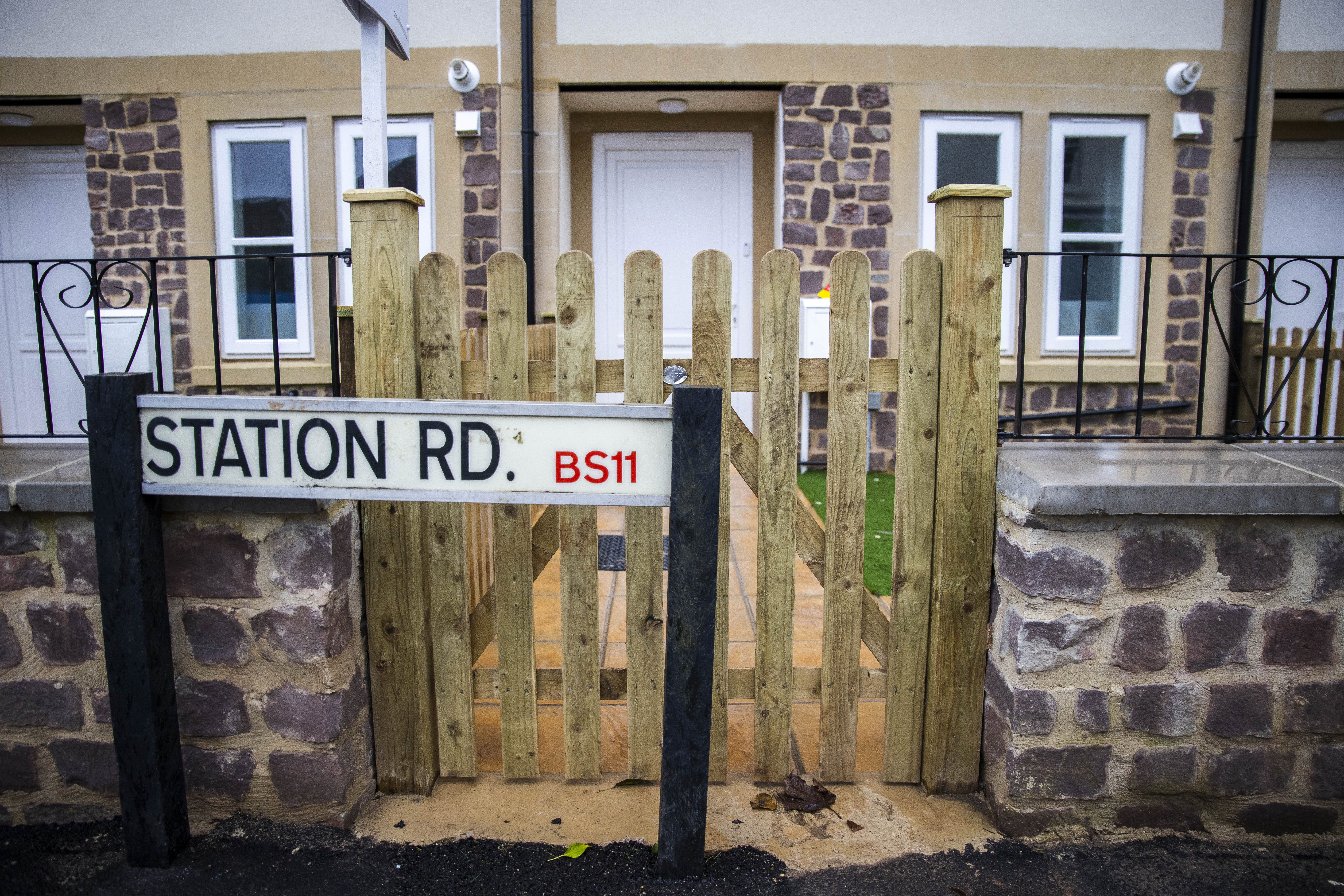 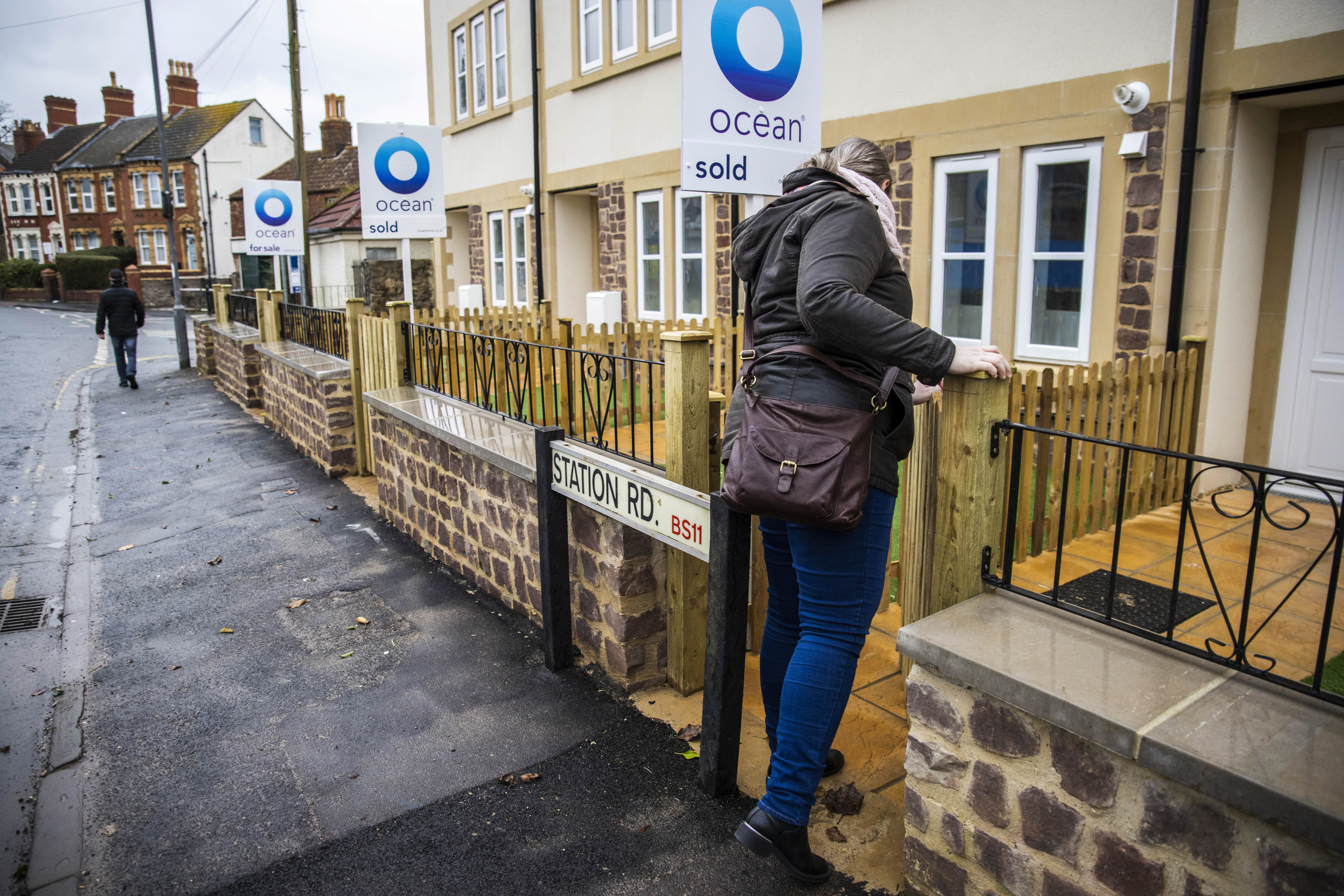 The entrance to one of the homes in Shirehampton, Bristol, has been built behind the existing Station Road street sign.

Getting into the front garden of the property would be difficult, and involves squeezing past the street sign or stepping over it.

After spotting the mistake online one Reddit user said: "It would have been zero effort to build the gate on the right hand side. It is already paved.

"No doubt a product of the off-the-shelf house design that is the norm with new builds."

Another posted: "Not even actual grass? That's just depressing. As I understand it, these new builds are pretty much the only houses first-time buyers will get any sort of government assistance on, mortgage-wise.

“It'd be fine if they were all excellent quality, but my impression is they're being built very much on the cheap." 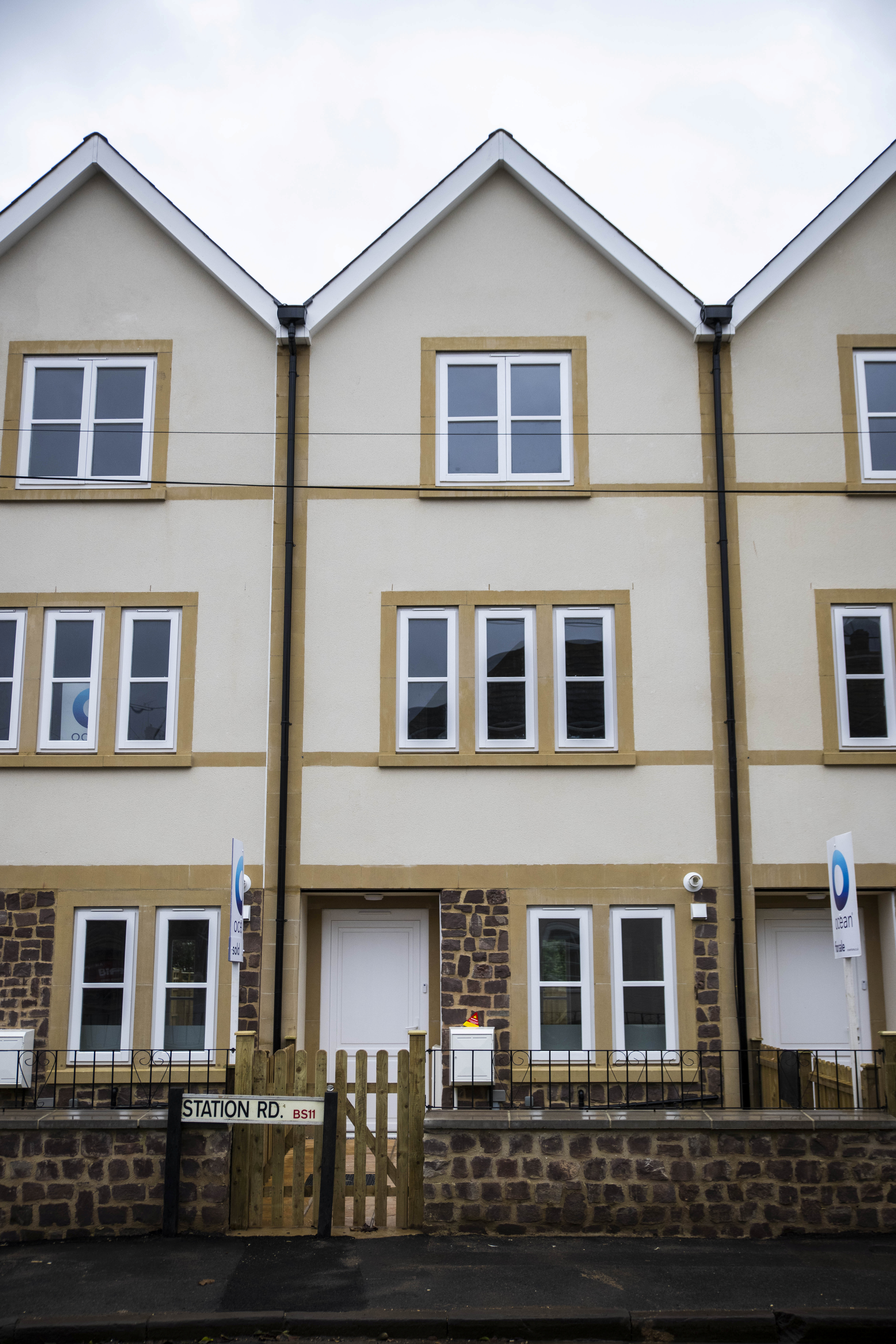 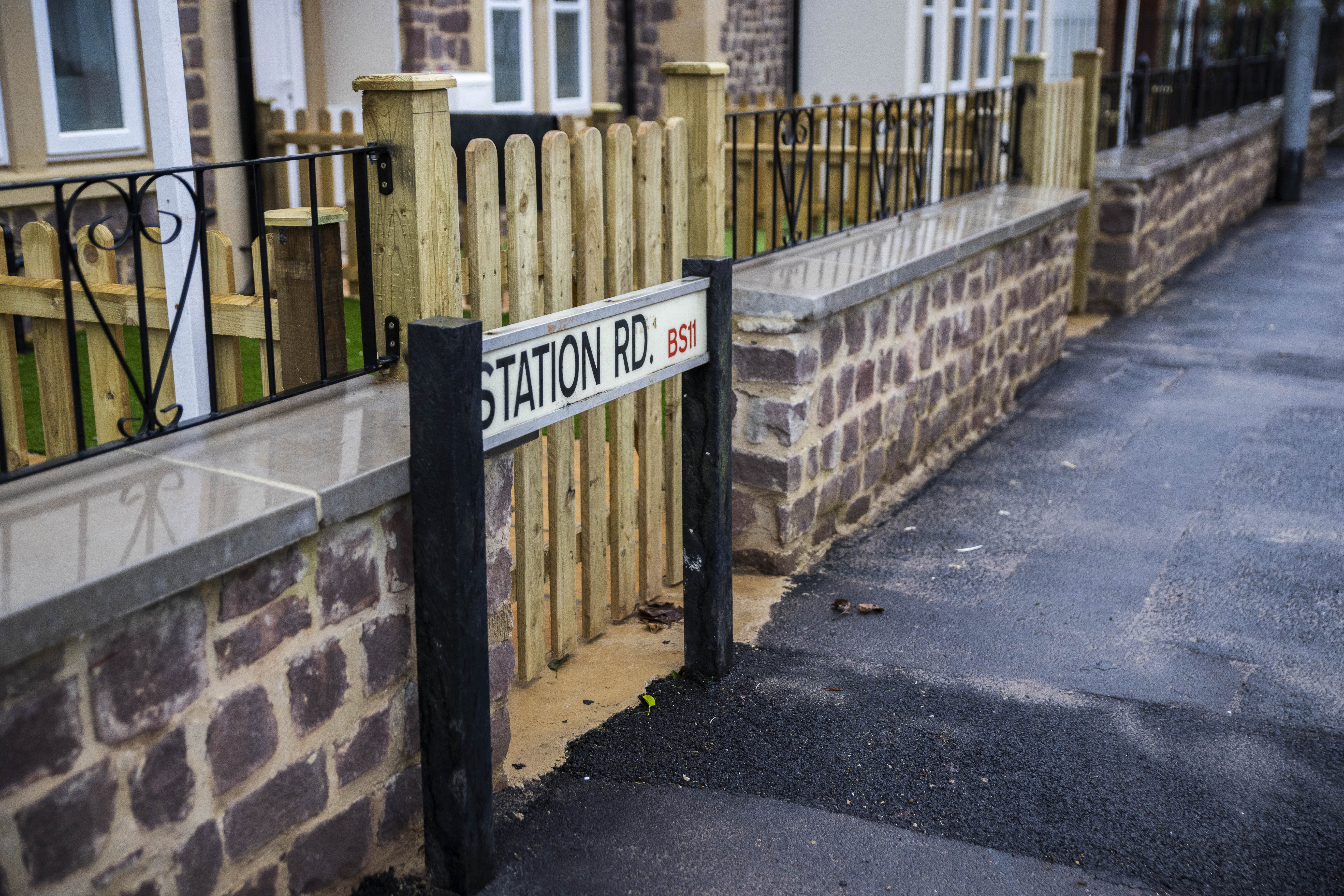 A third added: "A bit of a pain when they are having a new washing machine delivered.

"It's amazing the developers didn't apply to have the sign moved. As a buyer it would make me wonder what else they botched."

James commented on Facebook: "That's modern builders. Put it where you're told.

"When the building I work in was refurbed the builders stuck on all the toilet roll holders exactly where they were marked on the wall. Which was right above a handrail so no getting any toilet roll."

A Rightmove advert for the new three-bedroom homes suggests that the frontage has been finished for some months, as they were marketed in September with a similar street image.

It also shows the road sign in the same place, albeit from a distance, clearly blocking the gate.

The Sun Online have contacted Bristol City Council for a comment. 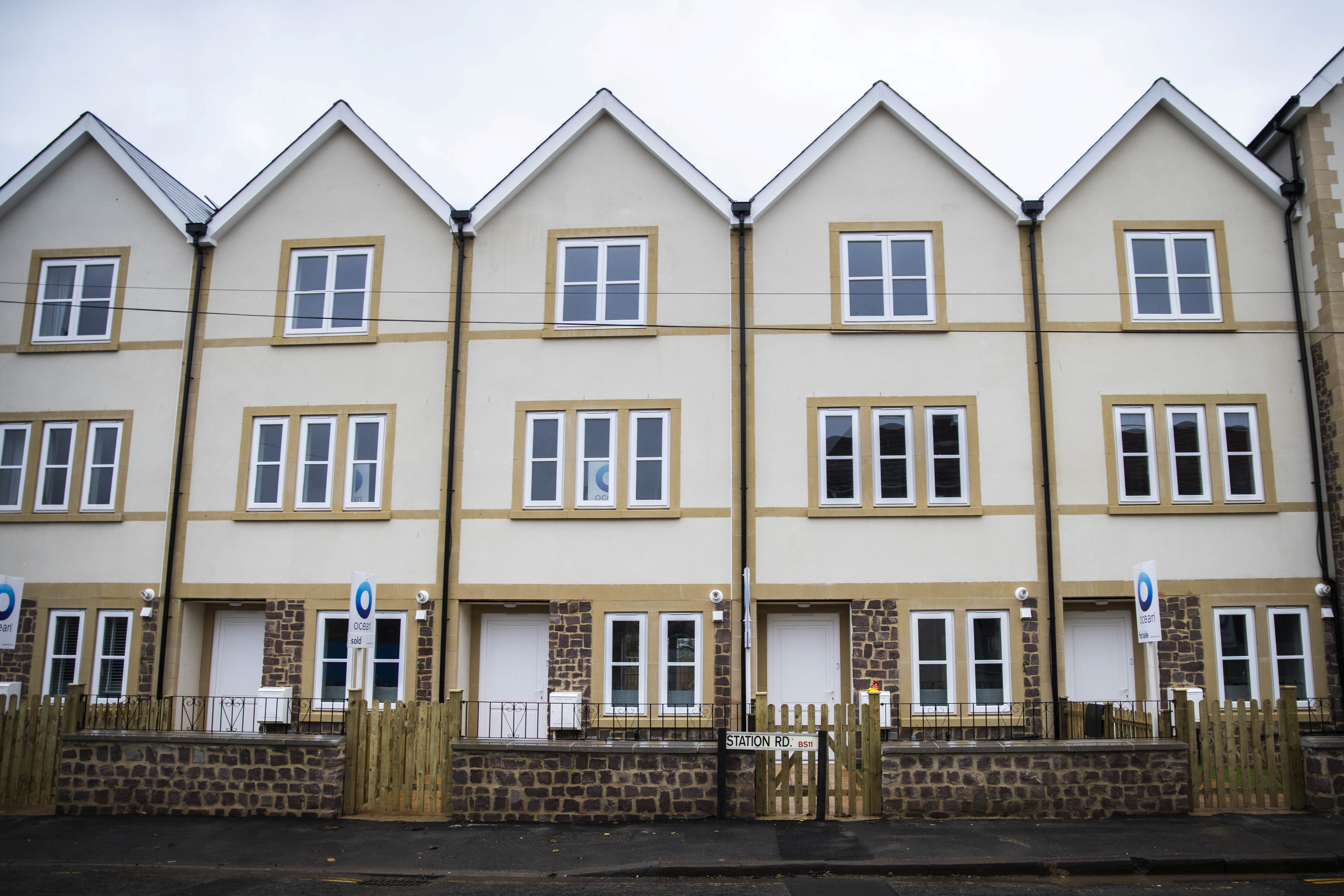 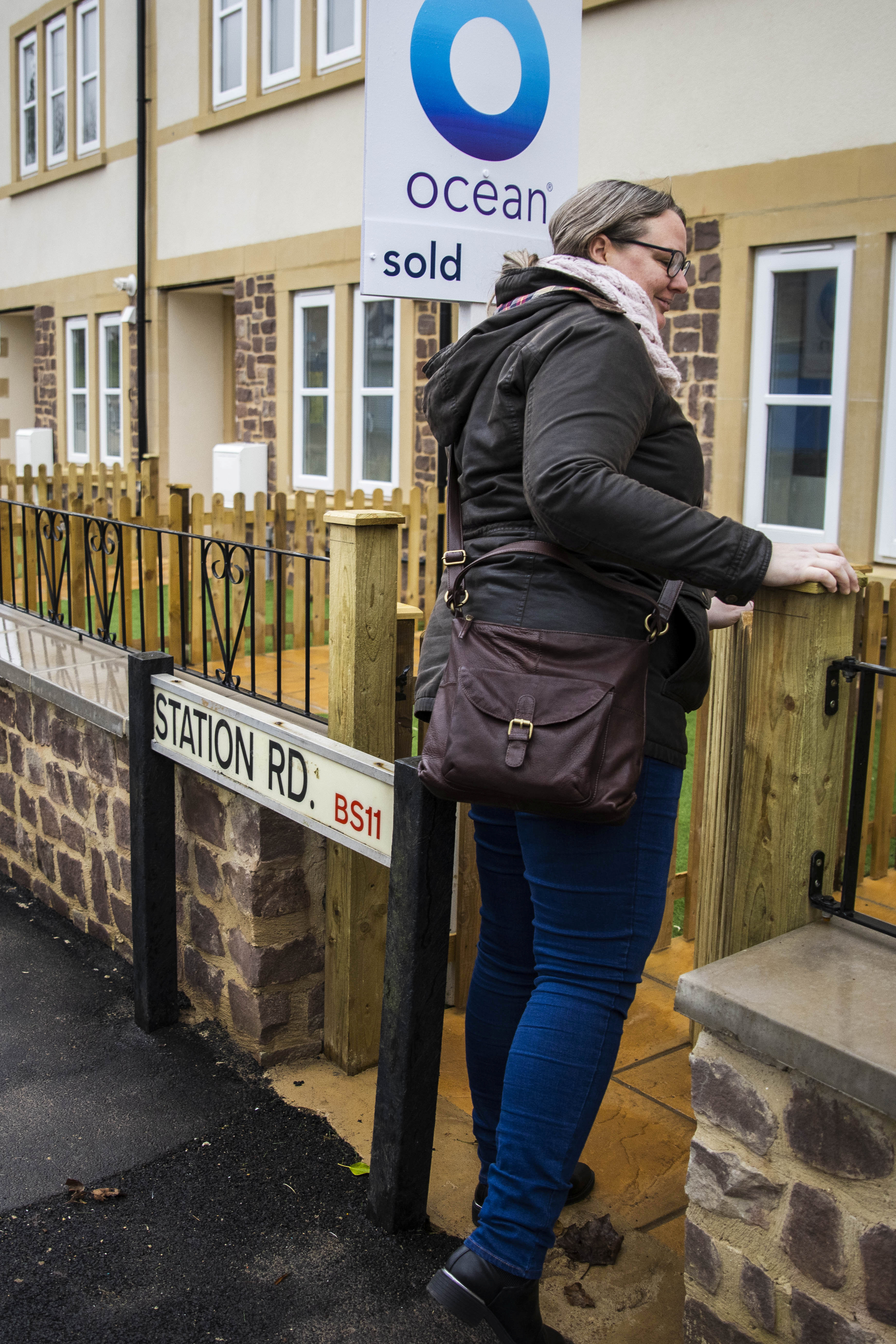