A GIANT brown bear has been shot dead after it mauled a teen to death and attacked a tourist group in a Russian national park.

The bear devoured half of the boy's body before tackling one male tourist to the ground and lunging at another. 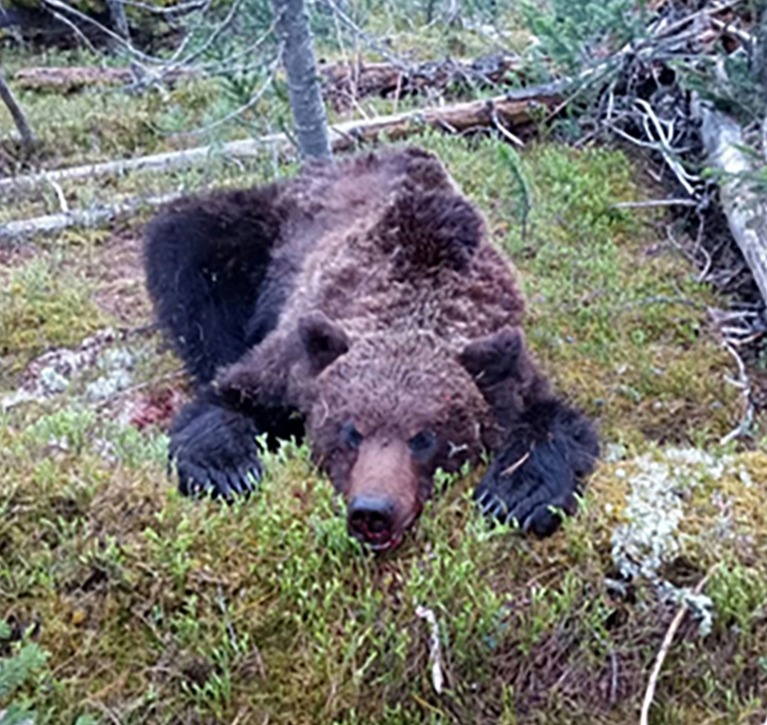 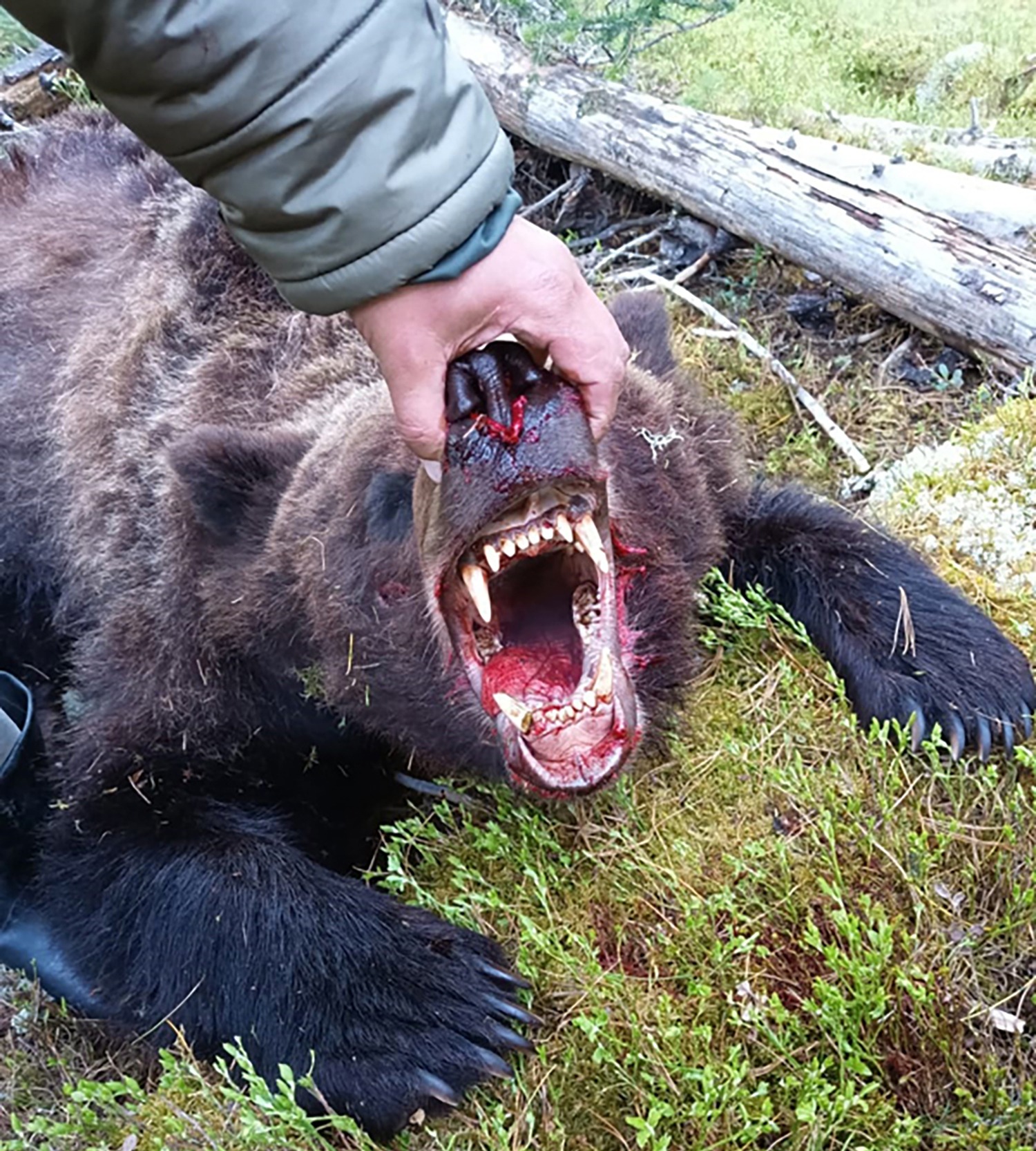 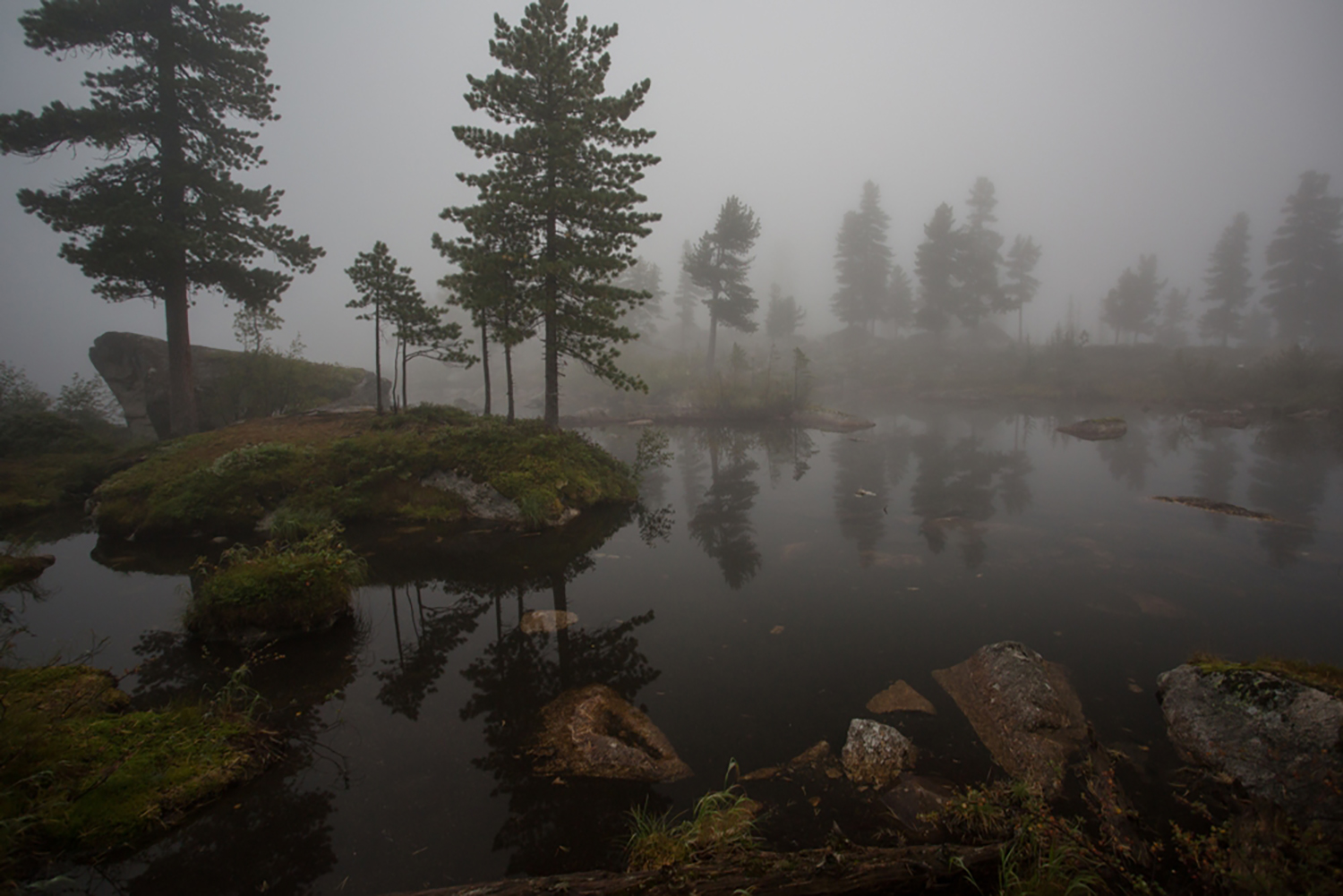 The men had been out searching for the missing teen when they were attacked.

One of them managed to stab the animal several times in the neck and fled to get help from Ergaki National Park staff.

By the time they came back the bear they thought had died was lying on the devoured remains of the teen some 500 years from the tourist camp in the Sayan Mountains, on Russia's Siberian border with Mongolia.

They shot and wounded the wild bear, which then fled.

Early next morning they tracked and killed the “aggressive” animal which tried to attack them.

“After hours of tracking, the man-eating bear was killed by the park staff,” said a statement from the national park.

The male tourist suffered scratches, cuts and bruises from his fight with the bear.

The boy, from Abakan, was working as a sherpa for the holiday group when he was attacked and killed at around 11am.

The two men were confronted by the bear nine hours later when they left their tents to check for him. 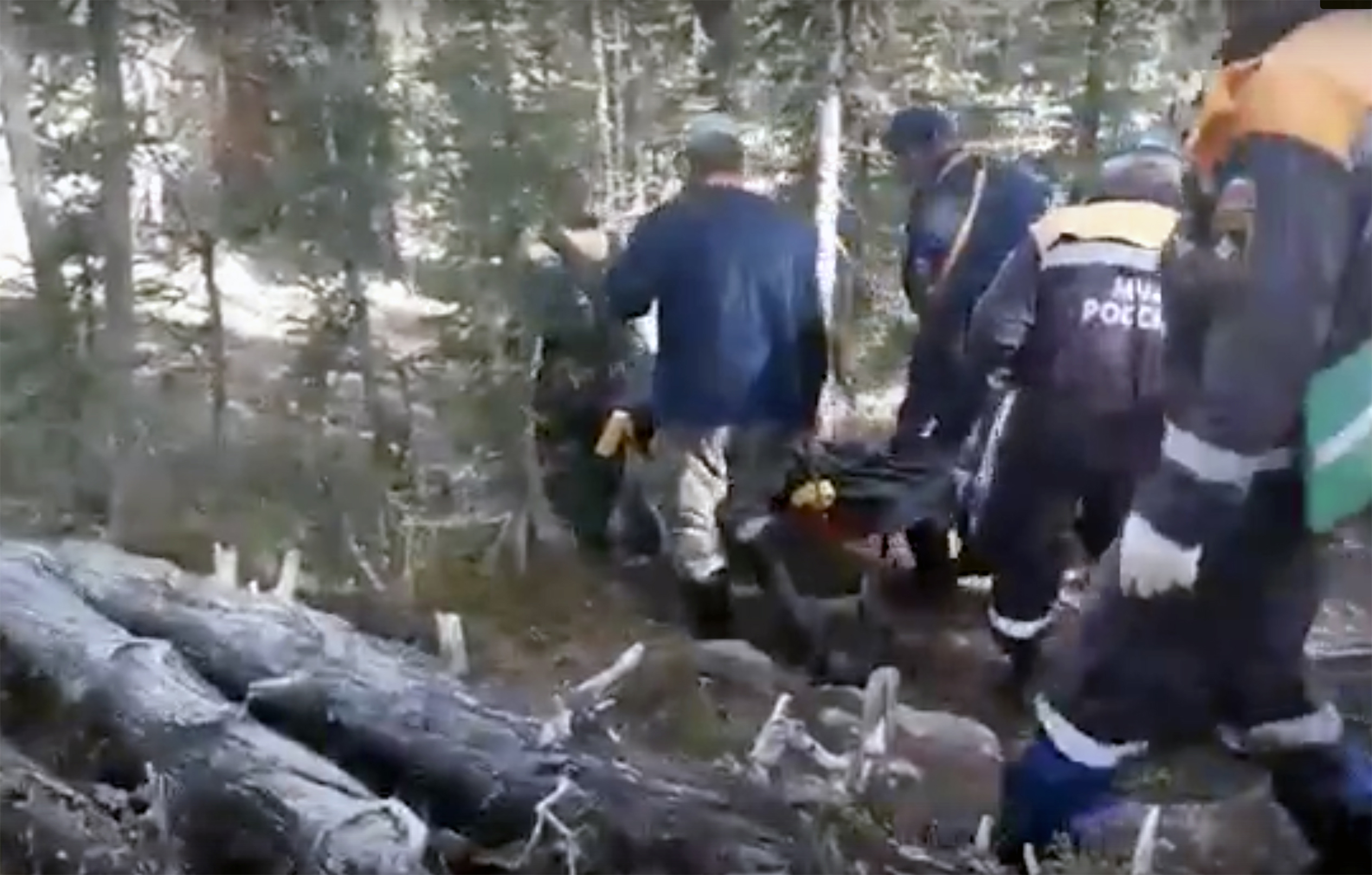 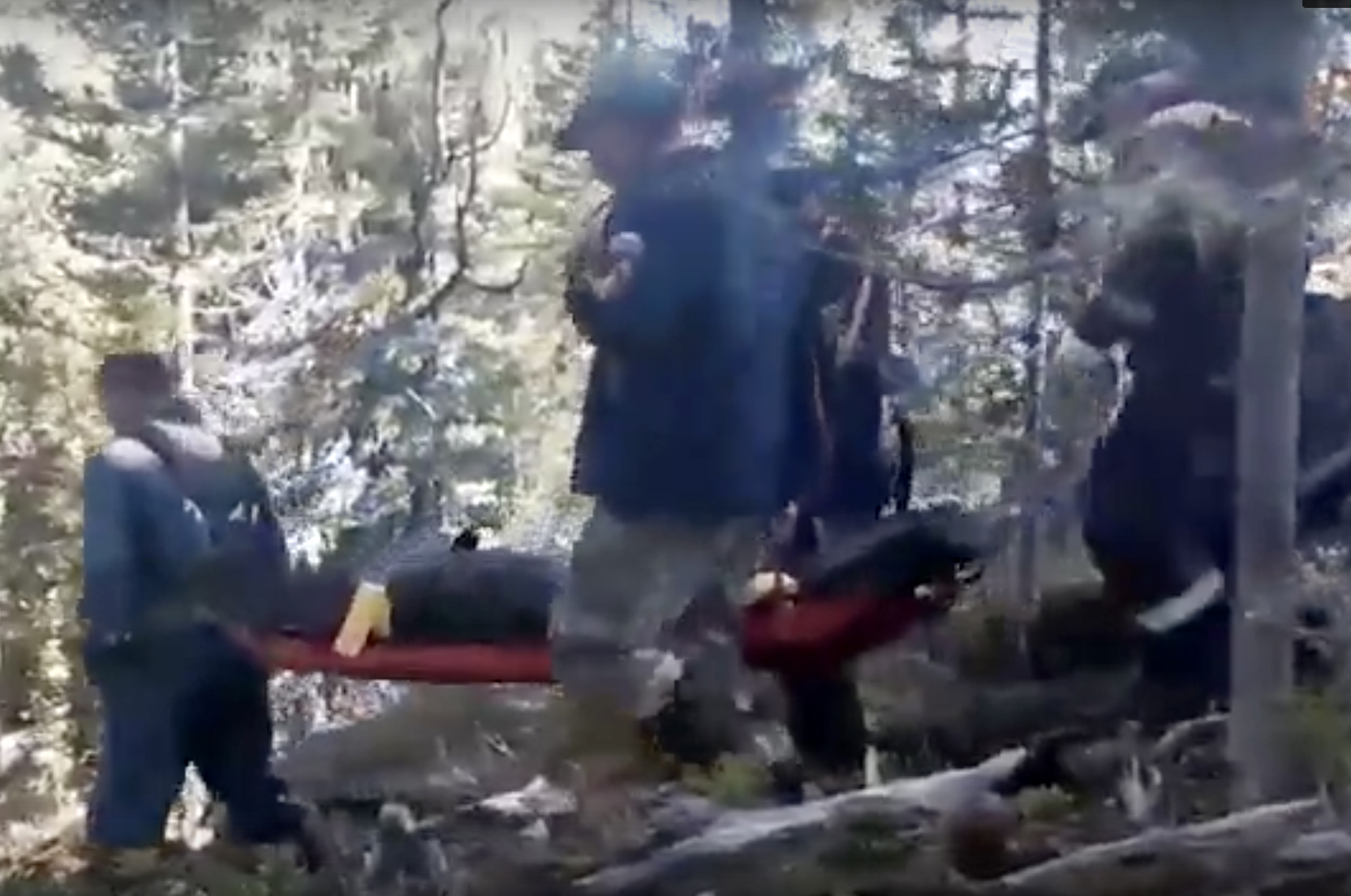 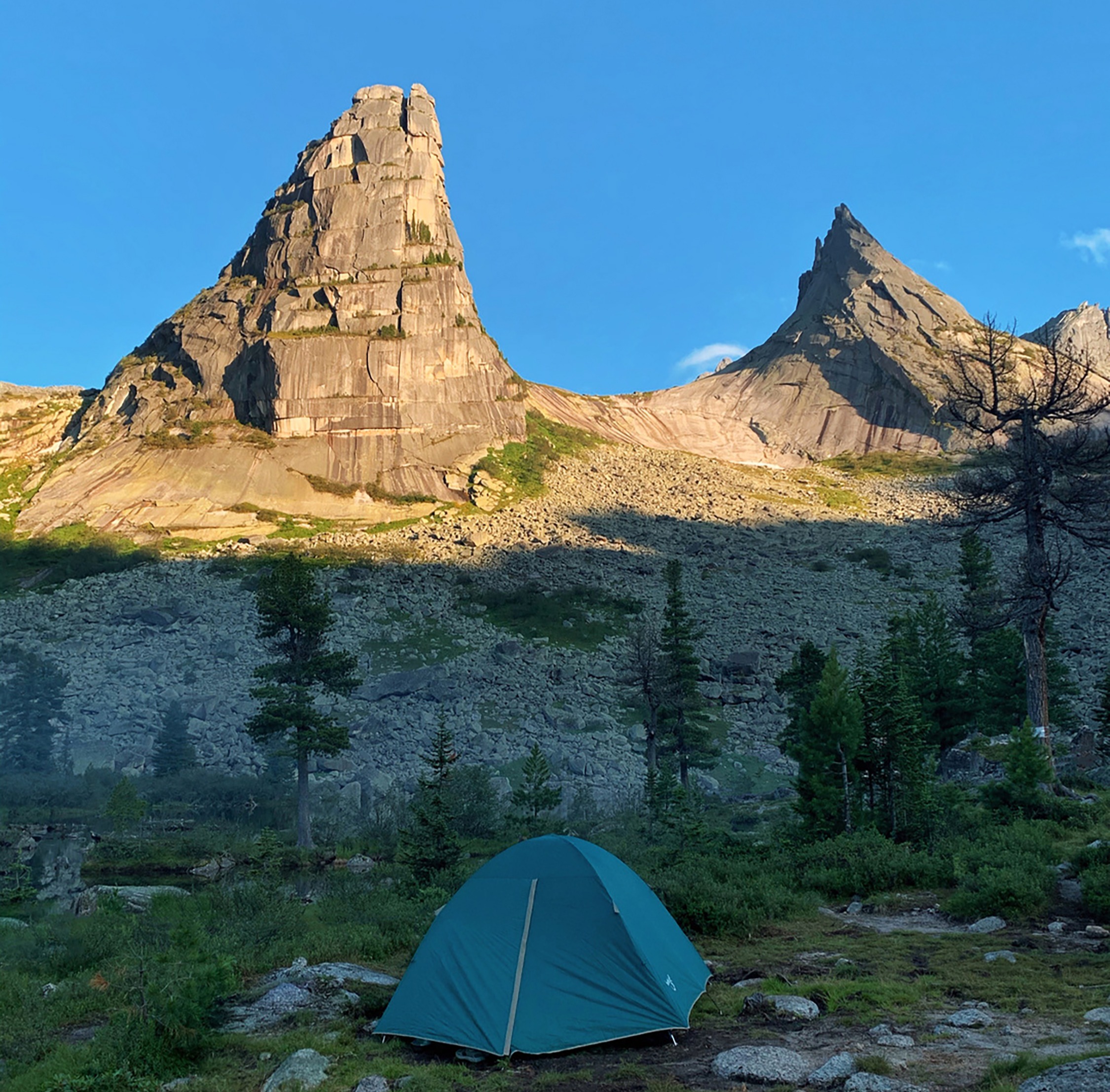 Igor Gryazin, director of the national park, said the boy had taken a short cut, exposing him to more danger.

Ergaki is known as Russia’s Yosemite for its similarity to the Californian national park.