HUGE plumes of smoke were seen billowing from a building in Brooklyn that reportedly left multiple people trapped and seven injured after it set alight.

Reports of the blaze arose at around 8.45am local time on Tuesday morning. 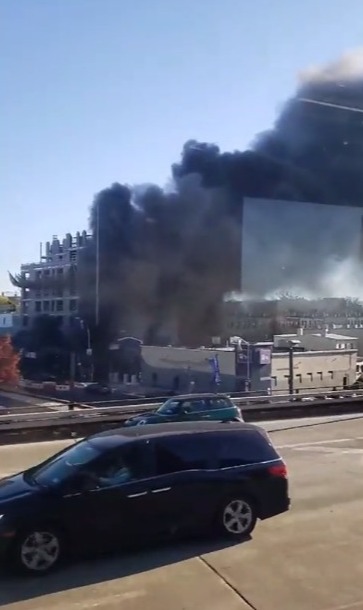 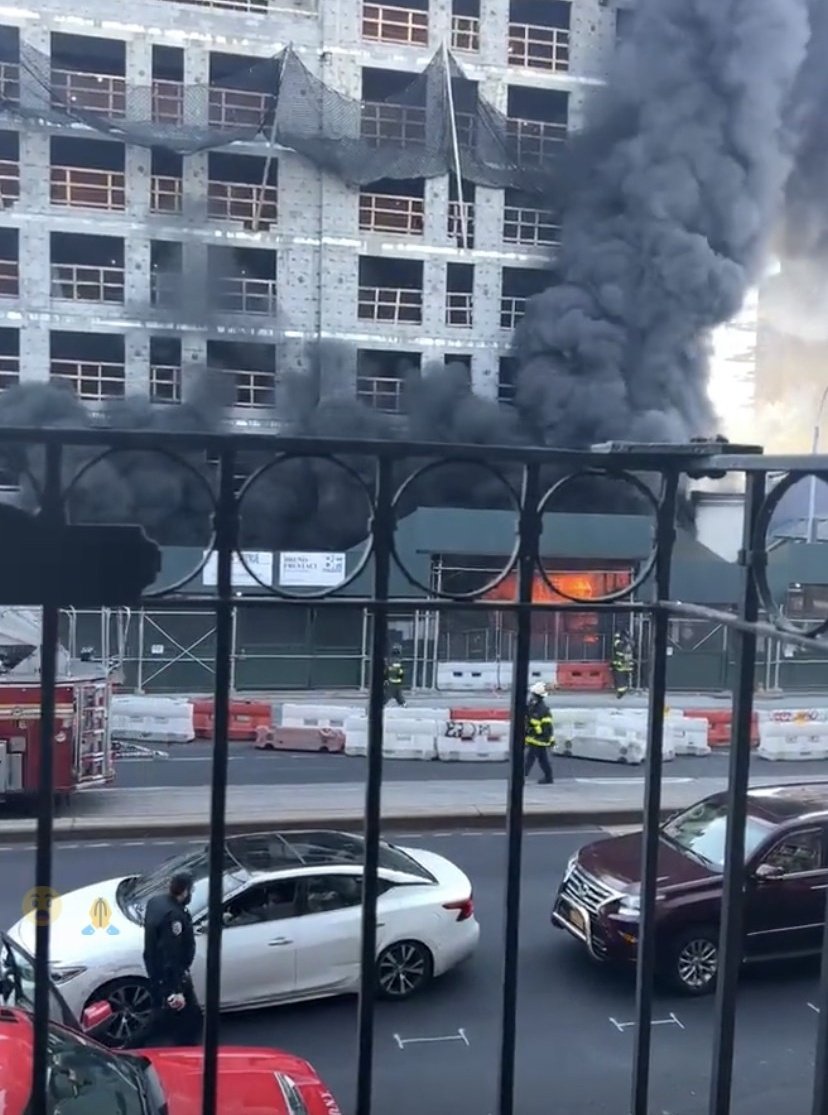 Local scanners reported that the fire was an "all hands" alert, and that multiple people were trapped in the building.

The fire reportedly broke out on the first floor, however, smoke could be seen coming from the entire building.

According to photos on social media, the building looked as though it was under construction.

Footage from the scene showed black smoke billowing from the building.

The person who took the footage claimed the building was on 4th Ave and 63rd street.

Images captured by Pix11 showed workers at the side of the building exiting via crane. However, it is unclear if these were taken before or after the blaze broke out.

The fire department told The Sun that 12 fire units and 60 personnel responded to the scene.

A local fire rescue photojournalist claimed that two workers jumped off of the roof to an adjacent building, while others sheltered in place on higher floors.

The fire was reportedly under control at around 9.30am.