London: A British government MP has used parliamentary privilege to claim the founder of a leading pro-Brexit think tank has links to Russian spies.

Bob Seely, a Tory MP who sits on the Parliament's select committee probing Russian interference, made the explosive claim about New Zealand-born, Monaco-based billionaire Christopher Chandler during debate in the House of Commons. 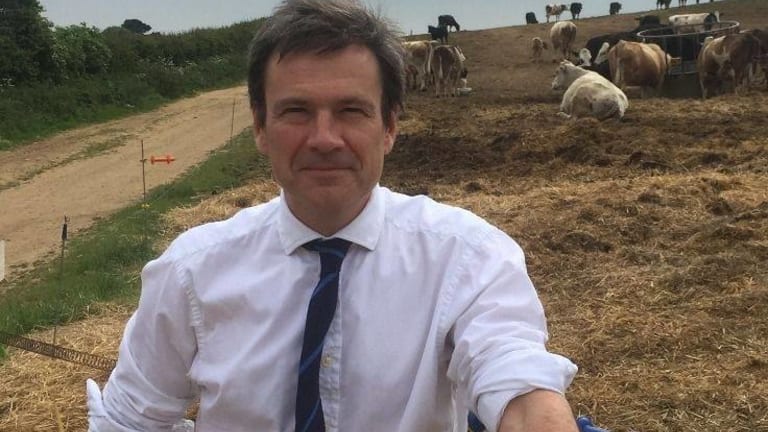 Seely, a former soldier and expert on Russian warfare, has worked on intelligence with the British army and said a handful of MPs had been shown documents they believe constitute a risk to Britain's national security.

"Mr Chandler is described as having been 'an object of interest to the DST [France's Directorate of Territorial Surveillance] since 2002 on suspicion of working for the Russian intelligence services," Seely told the Commons.

"These documents are brief, terse, factual files listing activities, associations and judicial actions. They have been authenticated by senior French intelligence sources and by British and American counterparts familiar with their contents."

Seely said Chandler's file was marked "S" which he said meant meant he was regarded as a "high or high level of threat to France". He said the letter S is used by the French to designate radical Islam and in Monaco, from where the documents originated, S was used to denote counter-espionage cases.

He urged Chandler to provide an explanation saying he could be an "innocent party".

"Now it may be that Mr Chandler can provide a satisfactory explanation or argue these relationships, if they existed, are historic or are somehow misrepresented in the documents and I do not use privilege lightly," he said.

Seely supported the 'leave' campaign as did Chandler's think tank.

The Legatum Institute hit back at the allegations.

"Christopher Chandler has never been associated directly or indirectly with Russian intelligence or the Russian state," a spokesman told Fairfax Media.

"Neither Christopher Chandler nor anyone at Legatum is aware of any such alleged 'investigation' by French authorities, not 16 years ago or at any time since.

"To be clear Christopher Chandler has never been approached at any time by the French or any other authorities regarding Russia and maintains a sterling record of ethical business practices earned over many decades.

"These accusations are complete nonsense, and have been previously rebutted by the Legatum Group."

Chandler is the founder of Dubai-based investment company Legatum Group, which funds the Mayfair-based think tank. the Legatum Institute Foundation. He and his brother set up a company called Sovereign Global in Monaco in 1986. In the 90s, they began investing in Russia’s state-owned gas giant Gazprom.

In 2006, the brothers de-merged Sovereign and Christopher Chandler created the Dubai-based Legatum Group and, in 2009, founded the Legatum Institute in Mayfair.

Last year, The Mail on Sunday, which takes a different stance on Brexit to its daily publication, The Daily Mail, first reported on Russian links to the pro-Brexit Legatum Institute. It did not allege the links to Russian intelligence asserted by Seely on Monday. The paper claimed the institute was attempting to drive a so-called hard Brexit.

The Institute dismissed the report as "nonsense" and "comical if it weren't so serious" and said Singham had been appointed six months prior to the Brexit referendum.

Since then, the British press have reported on Russian bots attempting to sway last year's election in favour of Labour's Jeremy Corbyn, who took a noticeably soft stance on Russia over the poisoning of the Russian ex-spy Sergei Skripal and his daughter Yulia in Britain earlier this year.

Seely said the "struggle of our generation" would be how the west deals with authoritarian states trying to subvert democracy through hybrid warfare, a term used to describe non-conventional tactics like cyber hacking and covert influence.

In February, he told Fairfax Australia that Britain needed to take the lead because US President Donald Trump is compromised by the special counsel Robert Mueller's investigation into Russian meddling into the US election.

He said he is working with legislators in Australia, the US and Canada on ways to curb Russia's increasing aggression.