Britain’s ‘most dangerous’ gun: How weapon dubbed Link Series 4 by police was used in 19 crimes from Scotland to Liverpool before it was FINALLY taken off the streets

Britain’s most dangerous gun dubbed ‘Link Series 4’ by police has finally been taken off the streets.

The Beretta 9000S handgun was used by gangsters in 19 shootings across England and Scotland in just seven years.

The attacks included five attempted murders and eight home attacks as well as shootings at a shopping centre and at a chip shop, which made it the most prolific weapon ever traced by British police. 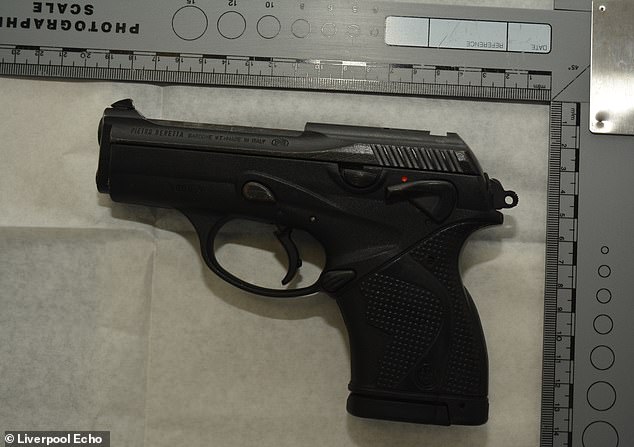 Britain’s most dangerous gun, a Beretta 9000S handgun, that was dubbed ‘Link Series 4’ by police has finally been taken off the streets

It is not known how the 9mm self-loading pistol first entered the country although firearms of its shape and size are often smuggled in parcels from abroad.

Police were first alerted to it on the outskirts of Glasgow in 2010.

They were made aware of gun cartridges that had been left at two scenes within the space of a week.

One report from Erskine found that a signpost had been damaged and similarly the second report, filed from just over ten miles away in Port Glasgow, said that there appeared to be no obvious target.

It was concluded that the two rounds of discharge were a ‘series of test fires’.

Police are still yet to determine whether the gun’s original owner moved with it or whether it was handed over to another individual but between 2010 and 2014, the gun became increasingly prolific.

Fourteen incidents were recorded during this short time span and all were thought to be targeting specific individuals. 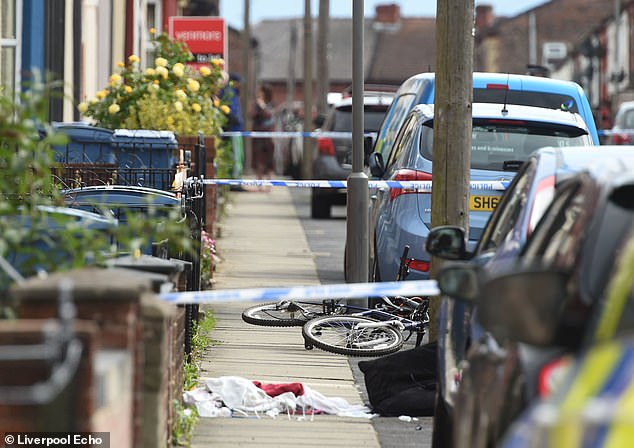 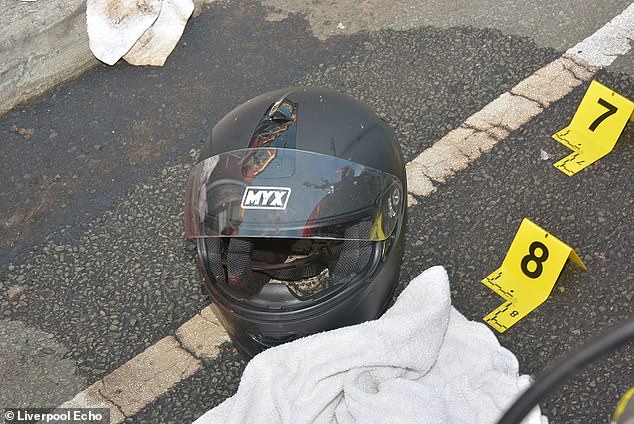 The victim, Mark Gaskill, was hit in the head but was saved by the motorbike helmet

Four people were injured as these ‘warning shots’ were fired off at cars and houses but the victims involved refused to co-operate with police.

While the gun continued on its crime spree, the National Ballistics Intelligence Service (NABIS) were determined to track the gun to find the culprits.

Using forensics they were to able to match the unique markings left on cartridge cases from various crime scenes and link the shootings to one gun, the ‘Link Series 4’.

In the meantime, the 17th shooting had taken place at the Moorfield Shopping Centre in Kirkby, Merseyside, which left one victim seriously injured.

It was followed shortly after by ten bullets being fired off at a property in the nearby area of Wavertree.

But then the gun was then not used for three years. In 2017, it resurfaced when a man called Mark Gaskill was shot at 11 times as he rode through Wavertree on his motorbike.

Despite being shot in the head, he was saved by the helmet he was wearing.

Police believed that the lull in activity had meant that the gun had been changing hands during this period.

They then turned their attention to rumours that a cannabis supply network in the area were involved and was being led by serial offender James Lunt.

Lunt headed up the gang known as Wavo 420 that operated on the streets around his home in Liverpool.

He used an arsenal of weapons including the Beretta 9000S and a Uzi sub-machine gun, that could fire 600 rounds a minute, and a sawn-off shotgun.

After an extensive investigation, the 29-year-old was today locked up for leading the drug and guns conspiracy that used the handgun in the 19th attack.

Despite not pulling the trigger himself, Judge Rachel Smith accepted that due to mobile phone records and because of Lunt’s position at the head of the group it was unlikely the attack took place without his knowledge.

The Beretta was seized finally by Merseyside Police after armed officers raided a home in Kirkby that belonged to one of Lunt’s associates, Adam Bigley.

Bigley, 26, had previously been sentenced to six years and nine months for possession of the gun and ammunition. 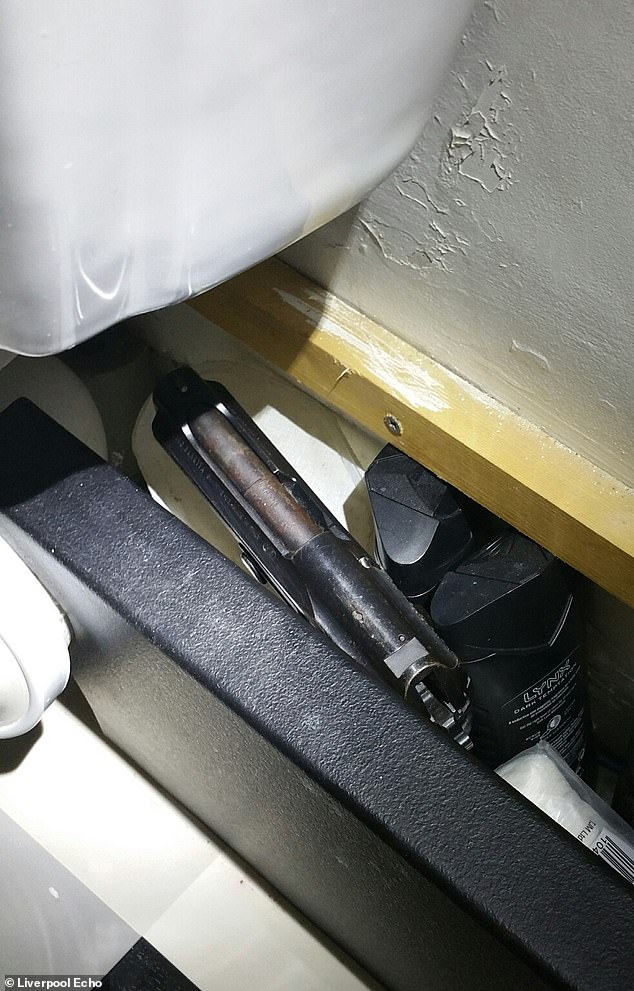 Merseyside Police seized the Beretta stashed behin bathroom pipes after armed officers raided a home in Kirkby that belonged to one of Lunt’s associates, Adam Bigley 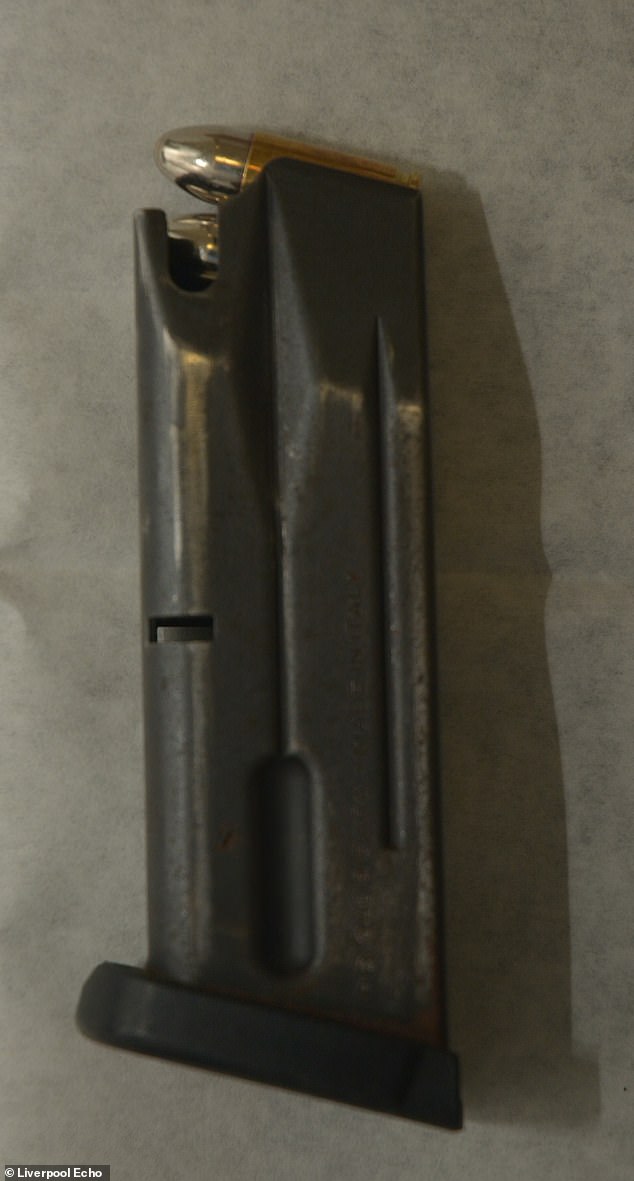 Bigley, 26, had previously been sentenced to six years and nine months for possession of the gun and ammunition

Surveillance teams had been monitoring Lunt and Bigley in the hours leading up the the raid when they saw the pair hold a meeting in a playground surrounded by children.

Lunt was not linked to any of the shootings carried out with the Beretta before the attack on Mr Gaskill in 2017.

Lunt and seven of his associates were sentenced today.

Lunt pleaded guilty to conspiracies to possess firearms with intent to endanger life; possess prohibited firearms for transfer; possess ammunition without a certificate; and to supply cocaine and cannabis.

He was jailed for 21 years with an extended licence period of three years and will have to serve at least two thirds of his sentence before being considered for parole.

Lunt’s associates included Lee Spencer Brown, 30, who was sentenced to six and a half years in jail after being found guilty of conspiracy to supply cannabis.

Catherine McGuinness, 50, was jailed for 12 years after a sub-machine gun was recovered from her home.

Michael Connerty, 33, was jailed for 14 years and will serve half of that sentence before being eligible for release. 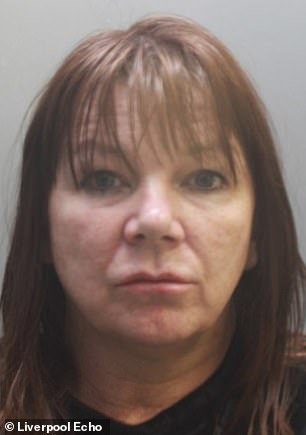 Lee Spencer Brown, 30, who was sentenced to six and a half years in jail after being found guilty of conspiracy to supply cannabis. Catherine McGuinness, 50, was jailed for 12 years after a sub-machine gun was recovered from her home

Thomas Porterfield, 37, was sentenced to 13 years in jail after his DNA was found on a sub-machine gun.

Alan E’Von, 22, was sentenced to 13 years in jail, having been described as a ‘foot soldier’ in the shooting plot.

His DNA was recovered at the scene of the injury shooting of Mr Gaskill although he was not the gunman. 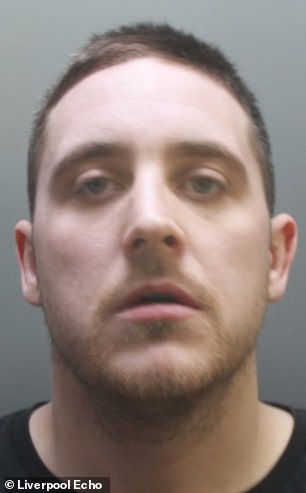 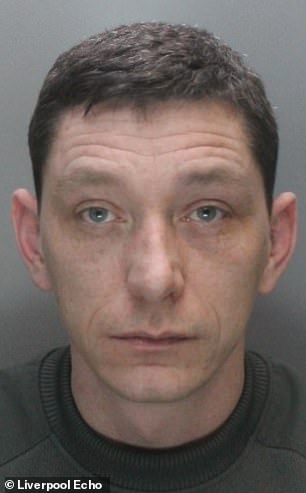 Michael Connerty, 33, was jailed for 14 years and will serve half of that sentence before being eligible for release. Thomas Porterfield, 37, was sentenced to 13 years in jail after his DNA was found on a sub-machine gun

James Bennett, 25, was jailed for five and a half years after being convicted of conspiracy to supply cannabis.

Lastly, Lee Jones, 25, was sentenced to three years in jail for supplying cannabis.

Commenting on the sentencing, Detective Chief Inspector Steve Reardon said: ‘Those convicted today were caught up in a web of conspiracy involving the supply of guns and drugs on the streets of Merseyside. 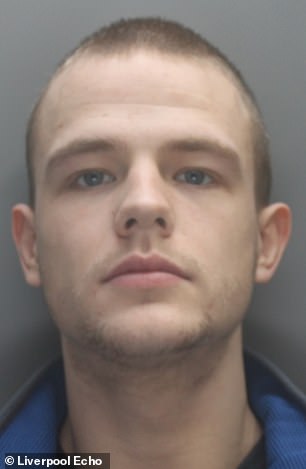 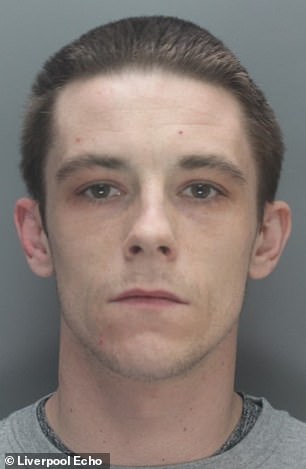 Alan E’Von, 22, was sentenced to 13 years in jail, having been described as a ‘foot soldier’ in the shooting plot. James Bennett, 25, was jailed for five and a half years after being convicted of conspiracy to supply cannabis

‘Thanks to the sterling work of the National Ballistsics Intelligence Service, which was able to identify the Beretta and the Uzi submachine gun along with DNA of some of the suspects, we were able to focus our investigations and link these two groups.

‘Today they have been sentenced to a total of 88 years in jail, which shows the severity of their crimes. 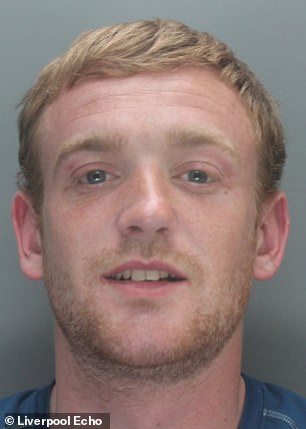 Lee Jones, 25, was sentenced to three years in jail for supplying cannabis

‘Two of the weapons we recovered were responsible for 21 shootings on Merseyside – 16 shots fired and five resulting in injury, this could easily have been a very different story.

‘One shooting on Merseyside is one too many.

‘Whilst there is no doubt in my mind that Merseyside is a safer place with these weapons off the streets there is still a lot of work to be done to ensure that criminals know that the people of Merseyside will not tolerate the use of firearms on our streets.

‘Together with our communities we need to transfer the fear of gun crime back on to those prepared to use guns on our streets.

‘If you have information, which could help us put those involved in serious and organised crime before the courts, let us know and we will take positive action.’

Conservative Leader Andrew Scheer gathers his MPs and senators around him today to plot strategy for Parliament’s return on Monday. The caucus retreat comes at…