BORIS JOHNSON is turning into the Ole Gunnar Solskjaer of politics – deeply adored for his glory days but sadly cocking it up in the here and now.

Like the beleaguered Manchester United manager, Boris is in power but not in control. But oh, how those magic moments of long ago hold our hearts. 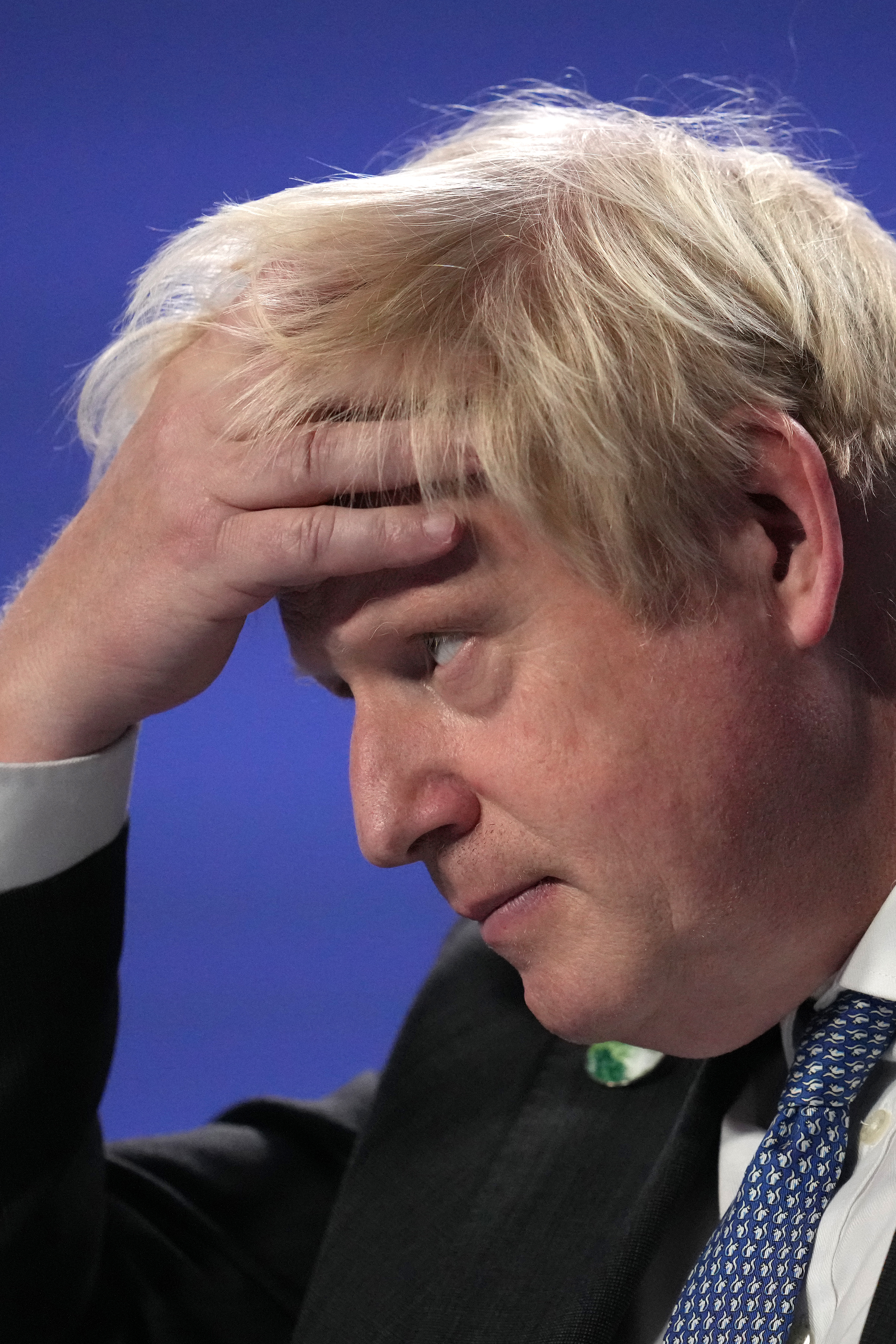 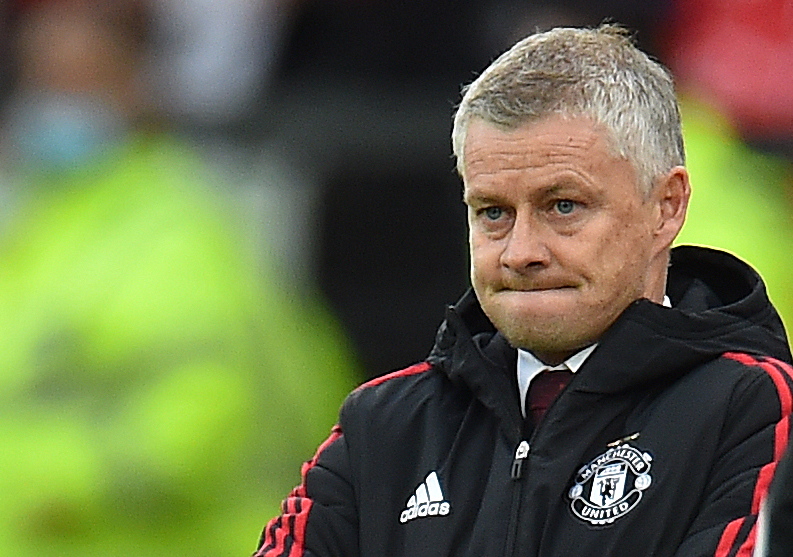 Who can forget Ole’s winning goal in the dying seconds of the 1999 Champions League final?

Who can forget Boris getting Brexit done, winning an 80-seat majority and packing Comrade Corbyn back to his Islington allotment?

But today Johnson’s sleaze-encrusted, high-taxing, big-spending Tories are lucky that there is no effective Opposition in this country.

What will come first — Boris getting a grip on the prevailing chaos? Or a charismatic Labour leader who will put these weary Conservatives out of their misery?

What is so frustrating is that so many of the PM’s woes are self-inflicted. Boris initially stood by lockdown breaker Dominic Cummings, love machine Matt Hancock and paid lobbyist Owen Paterson when he should have sacked them immediately.

Doesn’t Boris know there is nothing the British despise more than a hypocritical big-shot?

Despite the new intake of MPs from former working class Labour strongholds, the Tories increasingly project the image of out-of-touch toffs who casually stick their noses in any passing trough.

Personally, I have no objection to MPs doing a second job — it’s what smart, hard-working people do.

But that’s not the same as getting your greasy fingers caught in the till.

And now the talk of sleaze is so widespread, this Government is starting to resemble a John Major tribute band.

And Boris has another problem.

The PM has a democracy deficit wider than Jurgen Klopp’s grin.

“We’re lowering your taxes so that you can keep more of what you earn,” Boris, below right, promised when he wanted our votes. “A Conservative Government will keep your taxes low, not take more away.”

How’s that working out?

Boris has hiked taxes to an historic, post-war high and they will not come down any time soon.

Waste is everywhere. Unimaginable fortunes are shovelled at every problem.

£54million for the French to control illegal migration — they didn’t.

£5.9BILLION chucked at the NHS in last month’s budget and yet if you have a heart attack you can expect to wait 54 minutes for an ambulance — if you live that long.

This Government is not giving us what we voted for.

Nobody voted for levels of taxation that would make Jeremy Corbyn blush.

Nobody voted for unilaterally ditching our petrol cars and gas boilers while super-polluters China and India gleefully boom.

Love goes a long way. But after all the early optimism, this Government is struggling to keep its promises.

Solskjaer reckons that Manchester United are the biggest football club in the world when they are not even the biggest club in Manchester. Boris promised us bright, sunny post-Brexit uplands that seem to exist only in his windy waffle.

Yes, Boris got Brexit done when nobody else could have managed it.

Yes, Ole stuck out that boot in 1999 and won the Champions League final.

But 10 Downing Street and Old Trafford are increasingly difficult to tell apart. Because a much-loved boss is becoming an embarrassment.

THIS country has some of the greatest universities in the world. But there is a poison in them now, a bullying intolerance that seeks to silence anyone who dares stray from the bright shining truth of woke orthodoxy.

On Tuesday night, on the streets of our capital, Israeli ambassador Tzipi Hotovely was hounded, right, by a baying mob of bigots after giving her speech to the London School of Economics.

She was forced to flee for her life.

The bullying pro-Palestinian mob sought to silence someone they disagreed with and were prepared to use violence to do so.

What’s called cancel culture is simply bullying ­– the intimidation of someone who dares to offer an opinion the woke bigots dislike.

Professor Kathleen Stock recently had to resign her post at Sussex University after suggesting that sex is a biological fact, thereby enraging transgender activists.

The feeble police advised her to hire bodyguards. Her gutless union offered her scant support. The career of a decent woman – who has supported the rights of transgender people – was destroyed by bullies.

There is a madness abroad at our universities. John Cleese was due to address students at Cambridge on Friday – the university he attended – but pulled out after an art historian was banned for life for doing a brief impersonation of Hitler during a debate on taste.

“I am blacklisting myself before someone else does,” said Cleese, a Hitler impersonator from way back.

The irony is that these censorious universities are not remotely fussy about who they take money from. The University of Oxford has been accused of “total moral failure” after it accepted millions from the coffers of motor racing tycoon Max Mosley, money inherited from his father Sir Oswald Mosley, the goose-stepping poster boy of British fascism.

Hitler jokes are banned on campus.

But Fascist money? That will do nicely!

URSULA VON DER LEYEN, the European Commission president, has enjoyed 18 flights on private jets since starting her job two years ago, despite vowing to make the EU carbon neutral by 2050.

This kind of brazen hypocrisy was not discussed at COP26, where Ursula preached: “Let us fight for climate justice!”

One law for you. And private jets for them.

Where’s the justice in that?

DANCING DAN, THE ESSENCE OF STRICTLY

STRICTLY fans are scratching their heads and asking – how is Dan Walker still on the show? Allow me to explain.

Dan Walker embodies the very essence of Strictly. Dan is the game amateur. Dan is – clearly – no dancer. But Dan is what Strictly is meant to be about. He had no stage school coaching or boyband choreography. 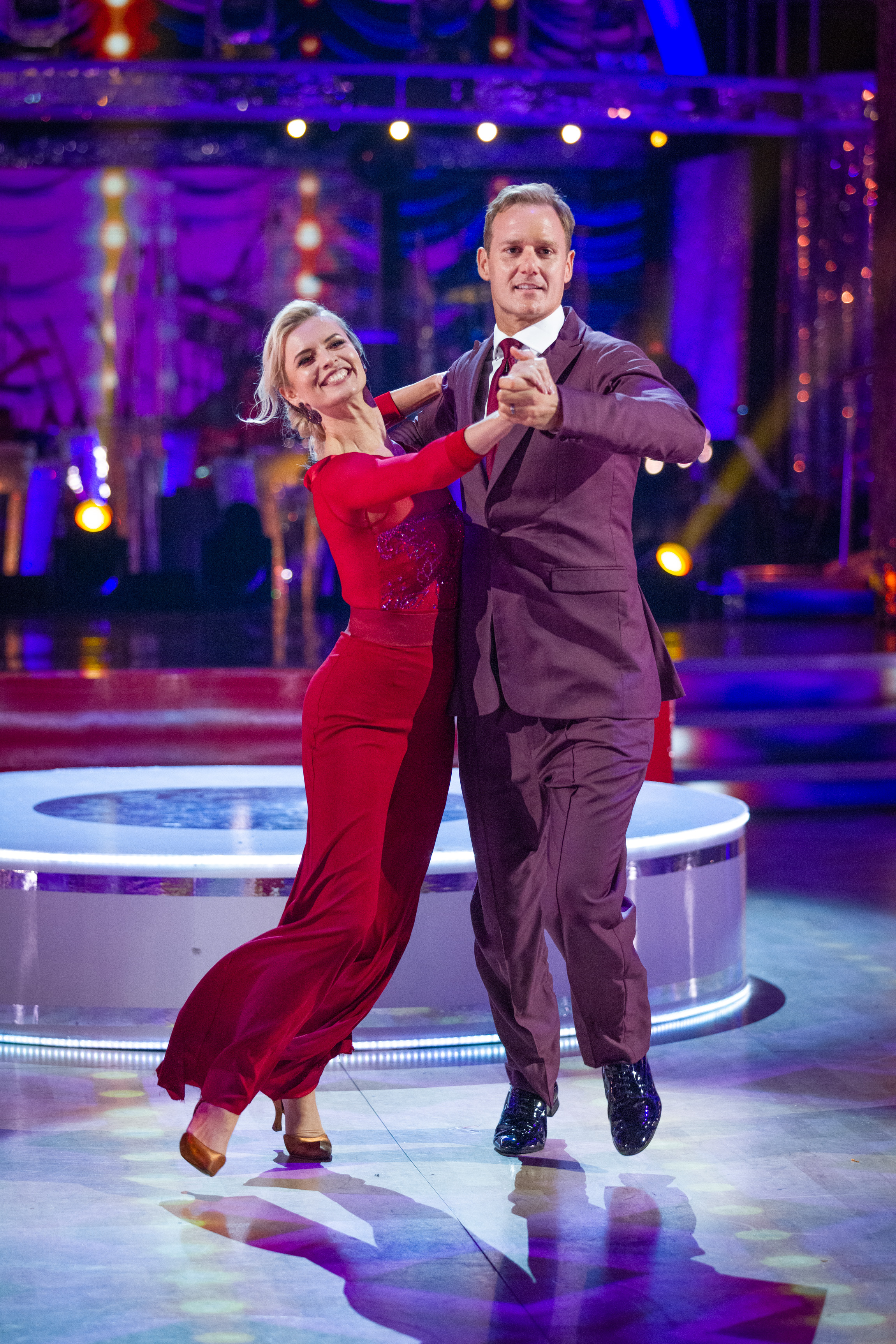 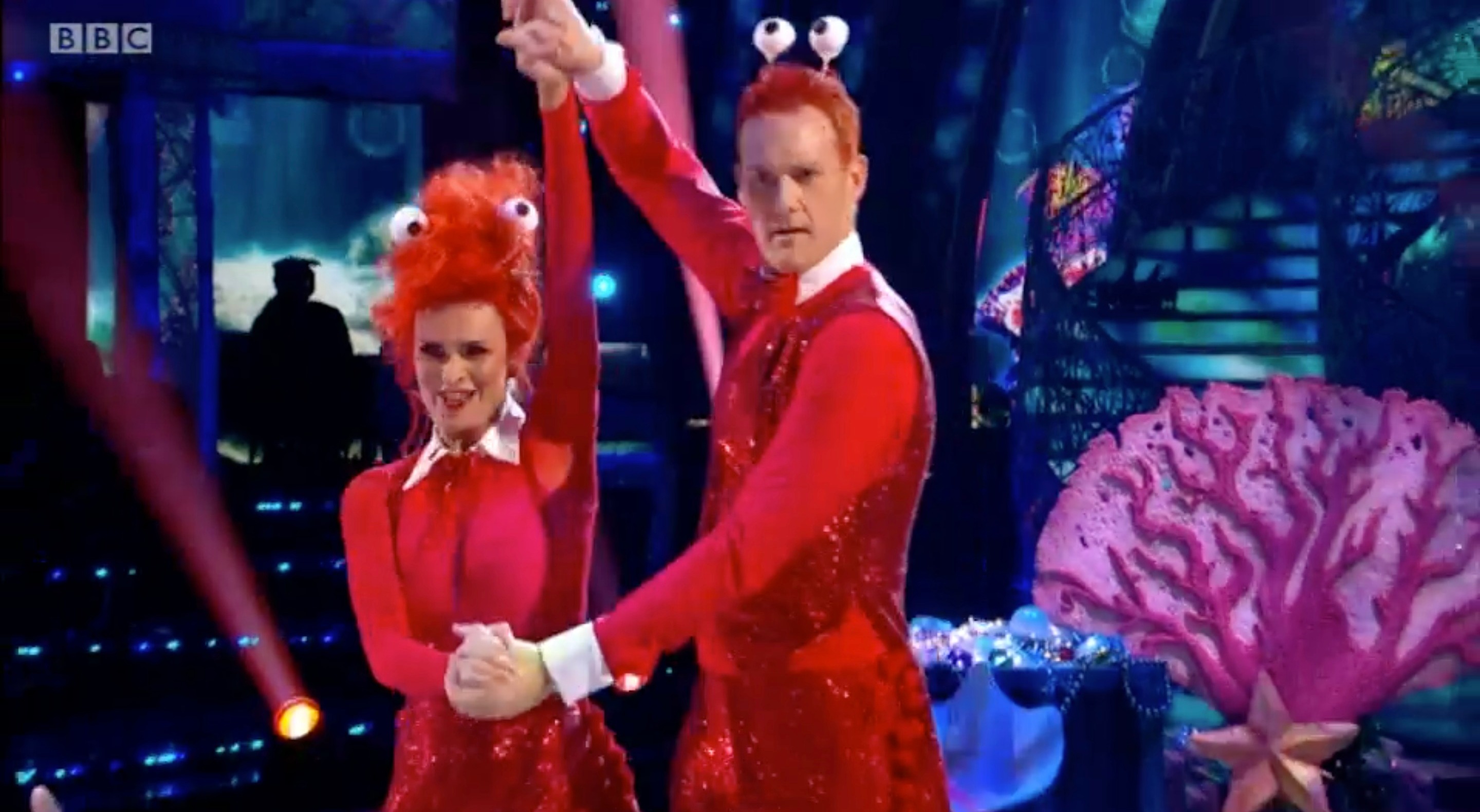 Dan is the dad-dancing bloke who has thrown himself into this new skill with heart and soul.

But Peaty is a physical superman with multiple Olympic gold medals. There is nothing ordinary about Adam.

And there’s something else.

“Adam Peaty and Katya Jones have, on occasion, seemed a bit too close and I’m not surprised they were voted off,” Diane Dawson wrote to the letters page of The Sun.

But there is no sexual frisson between Dan Walker and dance partner, Nadiya Bychkova. And Strictly remains a family show.

Most Strictly viewers don’t want to see sexual sparks fly. Strictly is meant to be about amateurs having a crack at learning how to dance.

With endless good grace and a gentle sense of humour, that is what Dan Walker is doing.

Especially when he was dressed as a lobster.

QUEEN, ONE OF A KIND

THE Queen does not have to be at the Cenotaph today.

She is 95 years old. She lost her husband this year. Her doctors have told her to rest until the middle of November. 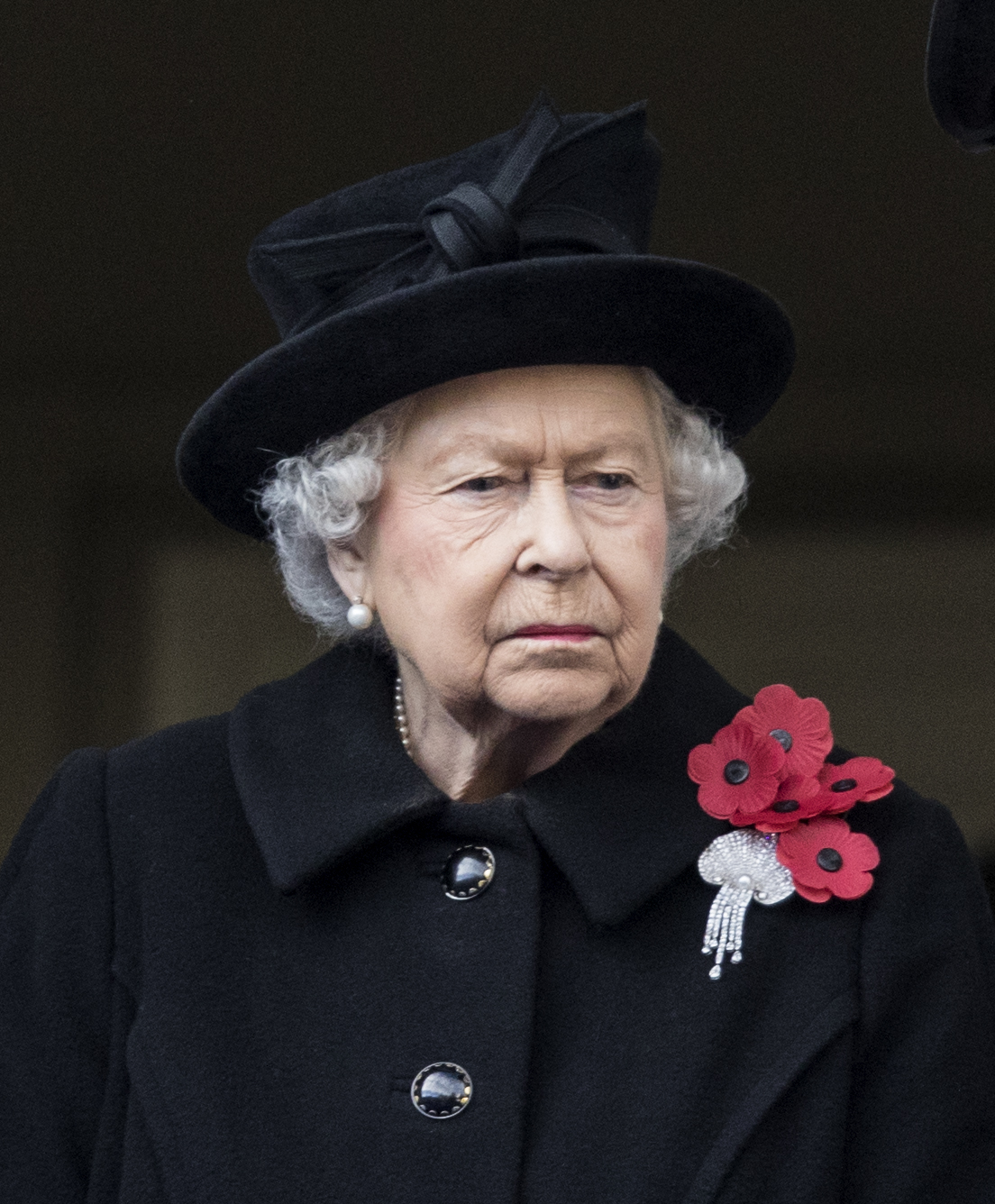 Remembrance Sunday mornings at the Cenotaph are long, gruelling and very cold. Nobody would object if the Queen got one of the younger royals to take her place.

But the Queen will be at the Cenotaph today, wearing her poppy. Paying her respects. Doing her duty. Honouring those who paid for our freedom with their youth.

Is she a hard act to follow? I would say impossible.

IT is 50 years since I first started following a band of likely lads called The Faces.

Their former singer, Rod Stewart, has a new album out called The Tears Of Hercules.

Remarkably, half a century has somehow slipped by since I first saw Rod looning about on stage at the Rainbow in Finsbury Park.

Even more remarkable than that, his hair looks lovelier than ever.

PRINCE HARRY has never been slow to condemn the British Press for its treatment of his mother, Princess Diana.

So how bizarre that Harry cannot utter one single word about how his mother has been portrayed on Netflix, first in the tacky Diana: The Musical and next in The Crown, where Diana will be played by Elizabeth Debicki.

Jemima Khan, Diana’s friend, has quit The Crown after describing the series as “disrespectful” to Diana’s memory.

Harry has a £100million deal with Netflix.

There should not be enough money in the world to buy his silence.

IN NHS? GET VAX

I AM one of the 11.4million Brits who have now had their booster jab.

Vaccination protects ourselves and others. Vaccination is the only route to all our old freedoms. And crucially, vaccination works – Covid cases are now falling faster than at any time this year.

So it is beyond belief that there are 103,000 NHS staff who have not even had their first jab.

The Government has given them until next April – five months! – to get jabbed.

The British people did everything they could to protect the NHS.

Time for unvaccinated NHS staff to do the same for the British people.