Legendary Brazilian surfer Marcio Freire died on Thursday while surfing on the giant waves at Nazare in Portugal.

The veteran was practicing tow-in surfing at the famed giant waves on the central coast of Portugal when he fell, the local maritime authority said.

Support staff on jet-skis managed to get the 47-year-old to the beach, but all attempts to revive him failed.

Freire was one of the three Brazilian surfers who became known as the ‘Mad Dogs’ after conquering the giant wave known as ‘Jaws’ in Hawaii. They featured in the 2016 documentary Mad Dogs. 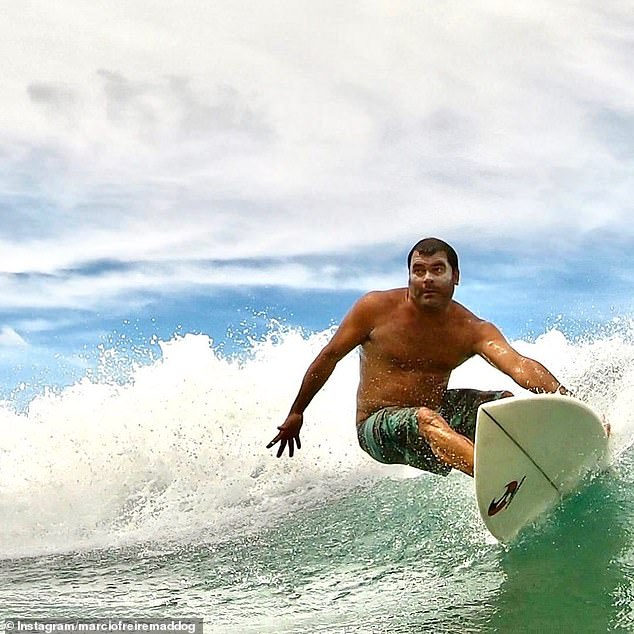 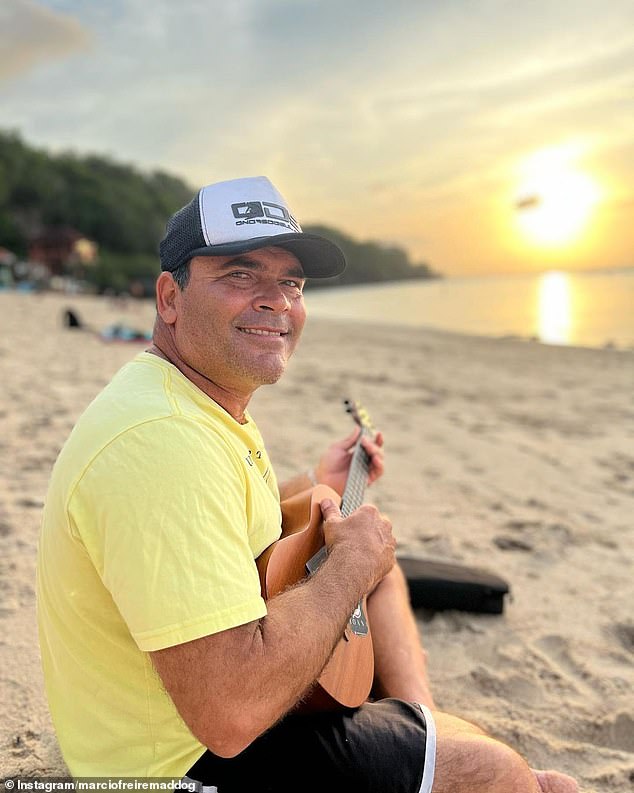 Freire was one of the three Brazilian surfers who became known as the ‘Mad Dogs’ after conquering the giant wave ‘Jaws’ in Hawaii in the 2016 documentary. Pictured: Freire in Bali, Indonesia, September 16, 2022

Portugal’s National Maritime Authority said in a statement: ‘A 47-year-old man of Brazilian nationality died this afternoon after falling while practising surfing in Praia do Norte.

‘The rescuers found that the victim was in cardio-respiratory arrest, immediately starting resuscitation manoeuvres on the sand. After several attempts, it was not possible to reverse the situation.’

‘He surfed all day with a big smile on his face,’ said fellow big wave surfer Nic von Rupp.

‘That’s how I’ll keep him in my memory. Legend,’ von Rupp added. 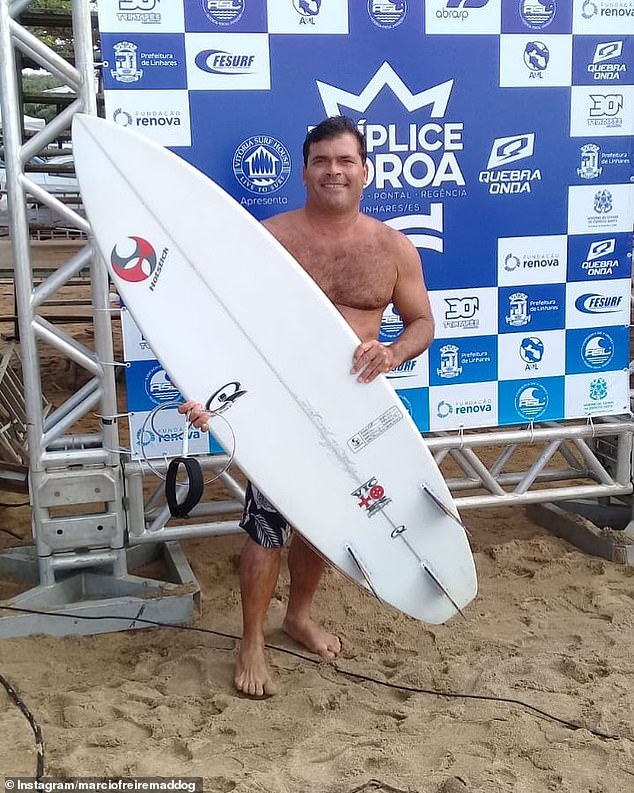 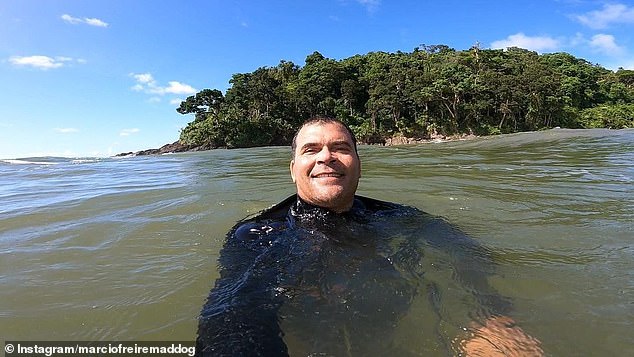 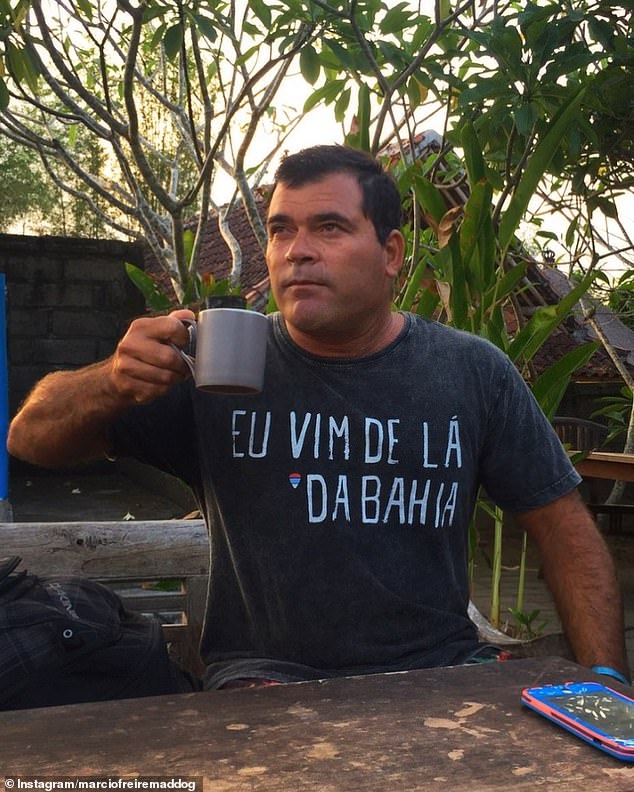 ‘Today we lost a great man, a very good friend and a legendary surfer, Marcio Freire. He was such a happy spirit, always with a smile on his face…Rest in peace my friend,’ wrote sports photographer Fred Pompermayer.

Nazare boasts some of the biggest waves in the world. They are magnified by an underwater canyon three miles (five kilometres) deep which ends where the North Atlantic meets the shoreline near the former fishing village.

Hawaiian Garrett McNamara put Nazare on the map in 2011 when he set a world record for the biggest wave ever surfed at 78 feet (23.77 metres).