Fairytale of old York: Kindly woman hires a full brass band to belt out festive Christmas hits for her neighbours while raising £150 for a local food bank

A kindly neighbour hired a brass band for her neighbours to spread some Christmas cheer to combat repeated Covid-19 lockdowns.

The unidentified woman from York asked a local band to visit her street a where they raised money for a food bank. 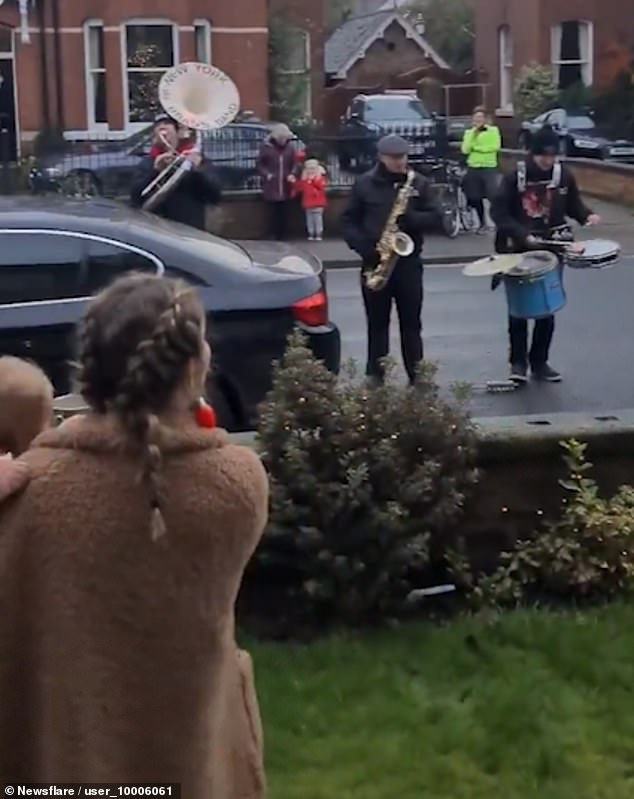 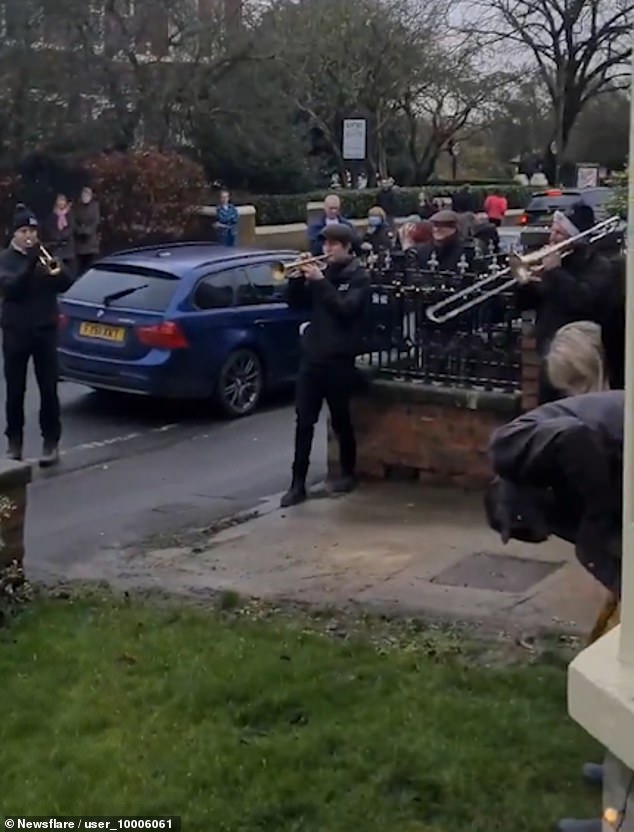 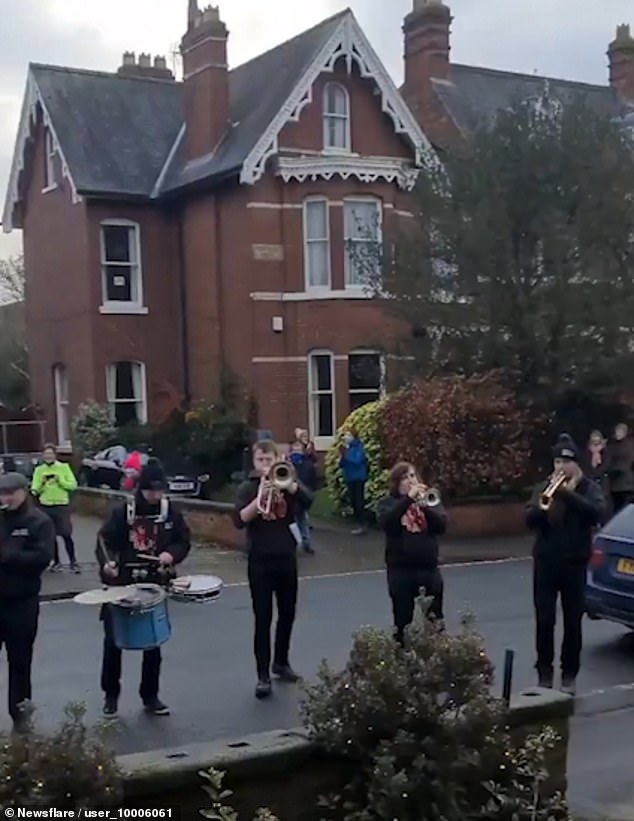 As well as entertaining people in the town, the band raised £150 for a local food bank

Joe who filmed the footage said: ‘My sister hired a band to play for the whole neighbourhood. She hired them to cheer up the neighbourhood and also raise some money for the local food bank – they made over £150!’

The band, who are socially distanced, spread out along Station Road on December 12, while they played the classic track from The Pogues.

Fairytale of New York was  written by Shane MacGowan and Jem Finer with the title taken from the critically acclaimed novel by JP Donleavy.

The song was originally written as a bet after the group’s manager Frank Murray suggested they would not be able to write a Christmas hit.

The footage emerged after a group of singers performed One More Day from Les Mis in Hampstead, north London.

The singers, dressed in period costumes, performed the song from the hit musical before effortlessly transitioning to traditional Christmas carols during the performance in Hampstead.

Gideon Wagner, who witnessed Sunday’s performance, told MailOnline: ‘It was absolutely brilliant. They were excellent.

‘They were obviously professionals. Le Mis was something that opened again during this lockdown period but has unfortunately been forced to close again.

‘I think they were people from the company. They were working from a backing tape and able to project without using microphones.

‘People were invited in the area, but people were socially distanced.

‘It was dribbling rain. It was about 20 minutes long. People were coming out to look at it in amazement.’