A THUG boyfriend told his pregnant partner that he would "kick her baby out of her" and threatened to torture and rape her.

Gary Metcalfe, 22, subjected his girlfriend to a sickening catalogue of abuse and held her at knifepoint. 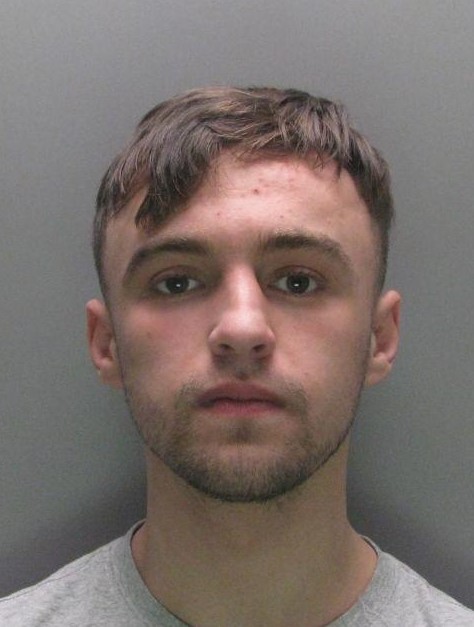 During the 40-minute attack, he punched her in the face before threatening to stab and rape her if she made a noise, Teeside Live reports.

Metcalfe terrorised his victim in her own home, and said he would bury her in the ground.

The terrified woman fled her home to raise the alarm, following her shocking ordeal on October 31 last year.

After returning home with the police she found her £500 television had been smashed and a hole punched through a bathroom door.

Metcalfe, originally from Darlington, Durham, was arrested and charged with making threats to kill, common assault and criminal damage.

He pleaded guilty to the offences and was jailed for two years at Teeside Crown Court.

The vile yob was also handed a three-year restraining order.

Investigating officer Heidi Weir, who led the investigation for Durham Police, said: “This was a terrifying ordeal for the woman, who not only feared for her life but for the life of her unborn child.

“She showed great bravery by escaping from the property, raising the alarm, and supporting a police investigation.

“Metcalfe is a very dangerous and controlling individual.

"I hope his conviction and spell behind bars will provide her with some comfort that he is off the streets and unable to harm her further."

She urged anyone suffering at the hands of an abuser to contact the police.