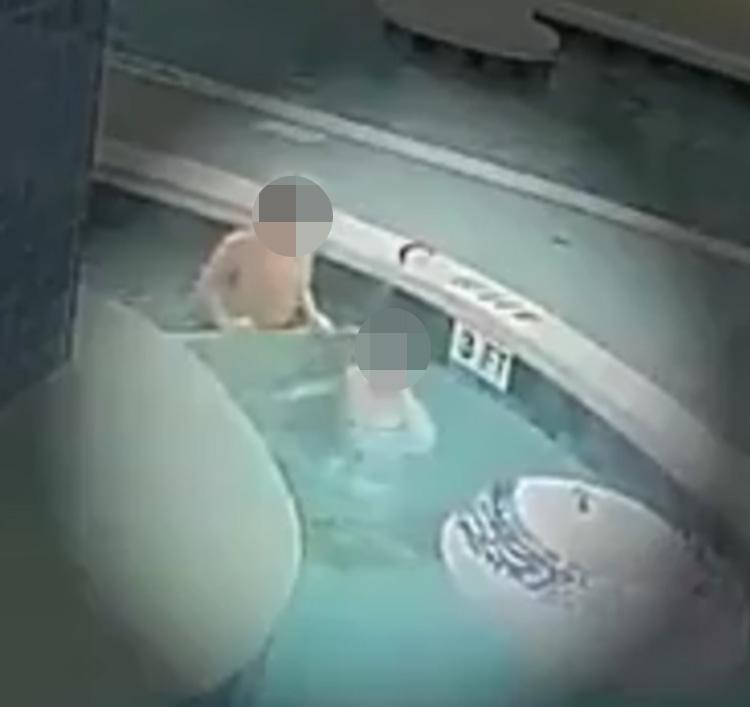 He was taken to hospital where he is in a stable condition, Horry County Fire Rescue spokesman Mark Nugent told Myrtle Beach Online.

The start of the video shows the boy trying to hold his breath in the Avista Resort pool, in Myrtle Beach, while playing with another boy.

Then his friend  realises he isn't coming back up for air because his foot is caught in a pool suction line.

Several people, including what appear to be his parents, rush to his aid and try in vain to pull him free. 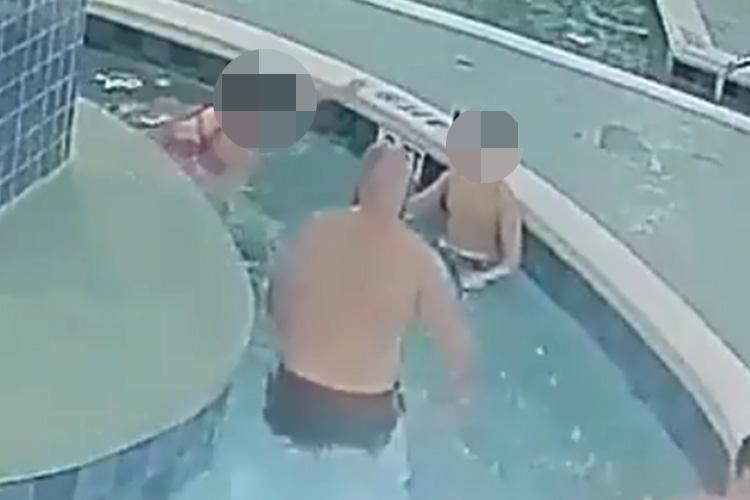 Police later confirmed a passer-by gave him mouth-to-mouth while he was underwater to buy emergency workers some time.

The first officer is seen taking off her shoes before jumping into the water while the second removes only his gun and almost immediately pulls the boy from the grate.

The video ends as the two officers try to revive the boy, one by pushing on his chest and the other giving him mouth-to-mouth. 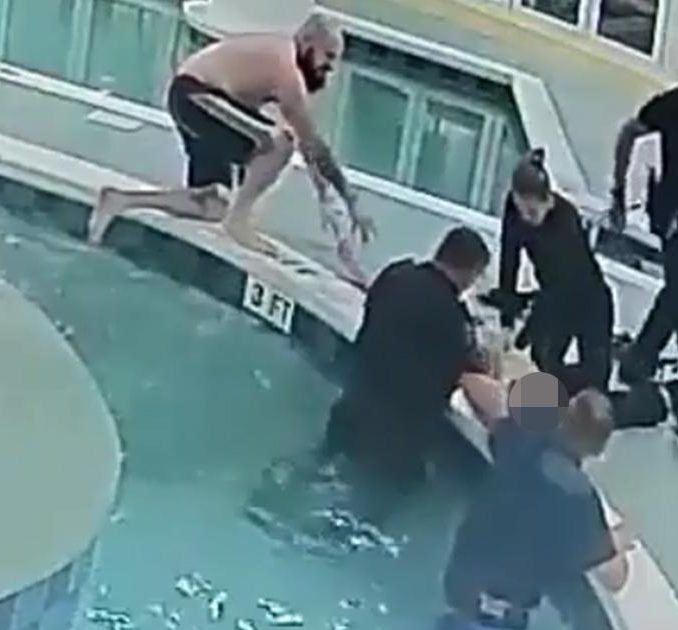 North Myrtle Beach spokesman Pat Dowling said: "He was given underwater mouth-to-mouth resuscitation by the first person to find him in the pool.

"It may not be on video, but we do know there were some males who were staying at the hotel who in some capacity understood what to do."

The officers performed CPR until they detected a slight pulse, at which point he was rushed to the Grand Strand Medical Center, officials confirmed.