A heartbroken mother has paid tribute to her ‘happy, healthy, smiley, wonderful, caring little boy’ who died just 48 hours after complaining of a tummy ache.

Jude Chinn, three, was rushed to hospital in June after suffering stomach pains and vomiting, hours after happily speaking to his grandfather and uncle on the phone.

The youngster from Taunton was quickly transferred from Musgrove Park Hospital to Bristol Children’s Hospital after scans revealed his bowel had become twisted. 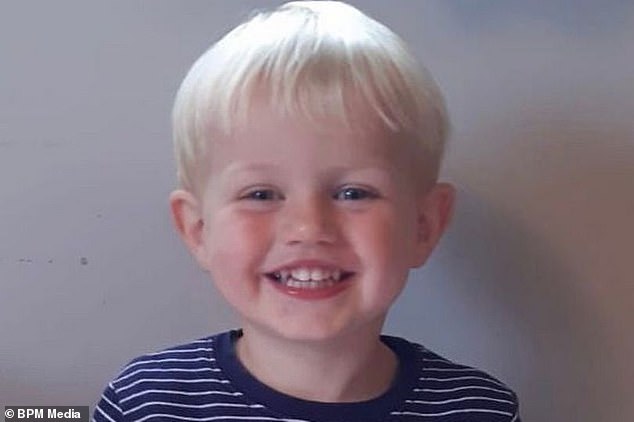 Jude Chinn, three, died just two days after complaining of a tummy ache as his mother pays tribute to her ‘happy, smiley’ boy

Despite emergency surgery, doctors were unable to save him and Jude died in hospital.

Jude’s mother Laura said: ‘He was a happy, healthy, smiley, wonderful, caring little boy. He loved his little brothers who are six and one.

‘He was fine, had no underlying health conditions or anything, then went to bed having just FaceTimed his granddad and uncle.

‘An hour later he was complaining of a tummy ache and was sick throughout the night.

‘In the morning he was quite unresponsive, drifting in and out. We rang for help and he was rushed into Musgrove Park hospital where they tried to assess what was going on.’

She added: ‘Initially they thought it was diabetes until they scanned his abdominal and ruled that out. 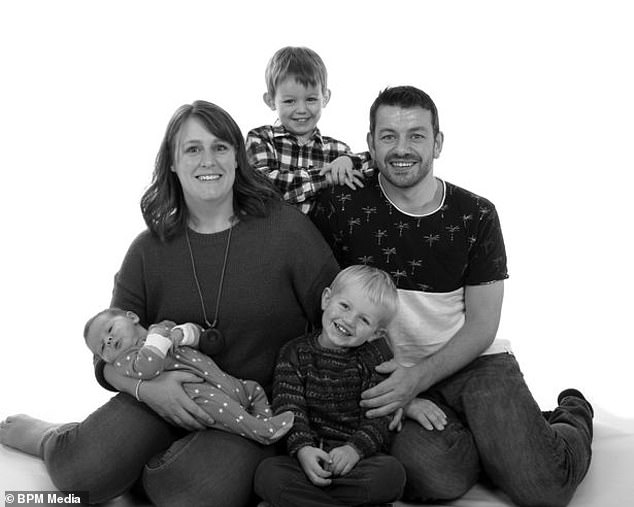 Jude’s mother Laura, pictured with her husband Richard and two sons, six and one, said ‘our world fell apart’ after the tragedy

‘They found there was loads of fluid in there that shouldn’t be there and rushed him into surgery where they had to cut out part of his bowel as it had died off.

‘They did the surgery at Musgrove, before sending him to Bristol Children’s Hospital where he received the care that he needed.

‘Unfortunately, he was fighting for his life for 24 hours on life support and ventilators before he slipped away. At that point, our world fell apart.’

The family described the support and attention they received from Bristol Children’s Hospital as incredible.

Laura added: ‘We were just blown away by the care and compassion shown from every single member of staff.

‘It was the worst time of our lives, but each member of staff came in with such positivity and energy, it gave us hope that everything would be normal and alright. 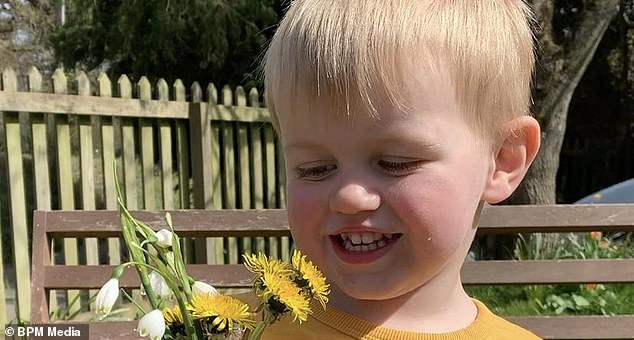 ‘That is what inspired us to want to give back.’

Jude’s father Chinn said: ‘I said to the staff as we were leaving that we’re going to raise as much money as possible because anybody in our situation deserves that.’

The family have since decided to hold a charity cycle ride in memory of Jude.

A team of 18 people are planning to complete the 900-mile trip from John O’Groats to Land’s End in just nine days in his memory, with family and friends greeting them at the finishing line.

Richard said: ‘We came home and within a couple of weeks we’d discussed with a few friends what we wanted to do.

‘We wanted to do something that would be hard work, really difficult and take a lot of dedication, not fun.

‘Three or four of us came up with the idea to cycle from John O’Groats to Land’s End, and it caught fire from there. 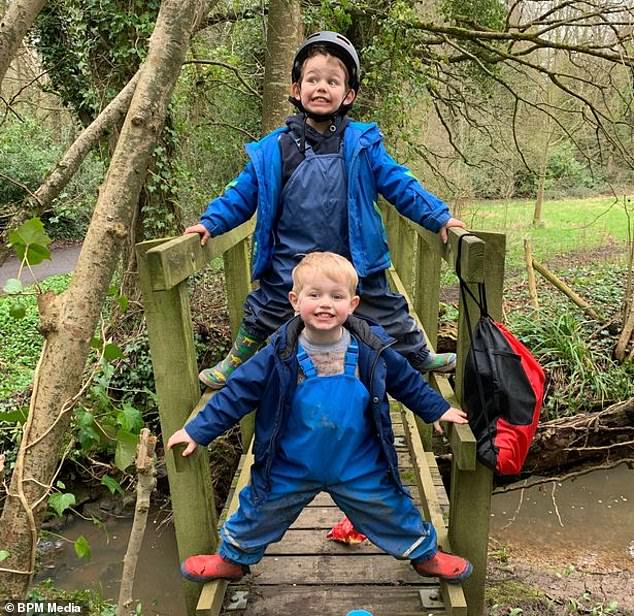 A team of 18 people are planning to cycle 900 miles from John O’Groats to Land’s End in just nine days in Jude’s memory, with his brother Tobias (top) joining for the final six miles

‘We don’t have a target in mind, we just want to keep raising as much money as possible.

‘It goes a long way to helping other families who are in our situation to receive great care and support in the hospital and after as well.’

The family’s JustGiving page has now raised more than £23,500.

Richard added: ‘My six-year-old son is going to cycle the last six miles with us into Land’s End which is going to be quite emotional for us.

‘On May 8 we’ll be cycling from Bristol to Okehampton. We’ll be going through Taunton and stopping at the Cricket Ground for lunch with everybody.

‘The team of 18 comprises people from 35 to 50s, it started off as just two or three people and it caught fire.

‘Within a couple of weeks, we had to cap the numbers at 18 as it would become a logistical nightmare otherwise.