BORIS Johnson has apologised to the family of a four-year-old boy who was forced to sleep on the floor of a hospital last week.

The PM took a look at the photo on the mobile phone off an ITV journalist, Joe Pike, and put it in his pocket, when he was confronted with the story on the campaign trail today. 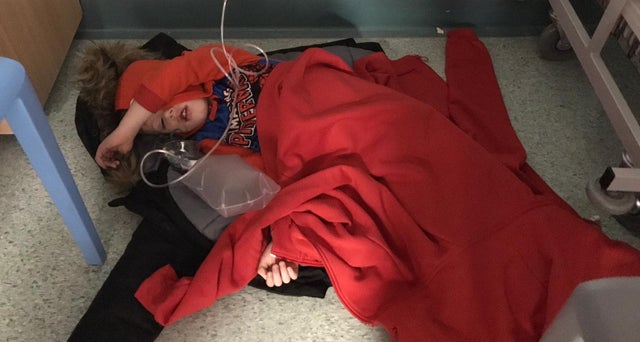 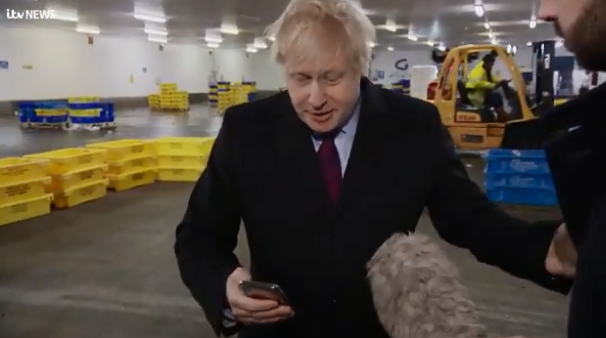 Four-year-old Jack's mum Sarah Williment had to cover him up with coats to stay warm as he waited for a bed at Leeds General Infirmary last week with suspected pneumonia.

The youngster was eventually diagnosed with flu and tonsillitis after lying on the floor.

The hospital has since apologised to the boy and his family, and explained that it was the busiest week the A&E had seen since 2016.

Mr Johnson took the phone and said he would "study it later" before slipping it in his pocket.

Mr Pike continued to press him, forcing Boris to admit: "It's a terrible, terrible photo. And I apologise obviously to the families and all those who have terrible experiences in the NHS.

"But what we are doing is supporting the NHS, and on the whole I think patients in the NHS have a much, much better experience than this poor kid has had.

"That's why we're making huge investments into the NHS, and we can only do it if we get Parliament going, if we unblock the current deadlock, and we move forward."

At the end of the interview, Mr Johnson said: "I'm sorry to have taken your phone. There you go."

He then handed it back.

Elsewhere in a Q&A Boris was also asked about the picture of little Jack by ITV and the BBC.

He replied: "I'm very proud of what we're doing to rebuild Leeds General Infirmary and it's one of the hospitals we will rebuild from the beginning, it'll be a fantastic project."

Mr Johnson again repeated his NHS pledges and said he wants to "transform" it.

The PM earlier today had apologised to "everybody who has had a bad experience" with the NHS – when he was quizzed on LBC.

But critics accused him of not even looking at the photo.

Initially Jack was given a bed in the Paediatric Emergency Department but was moved into the clinical room because of an emergency arrival at the hospital. 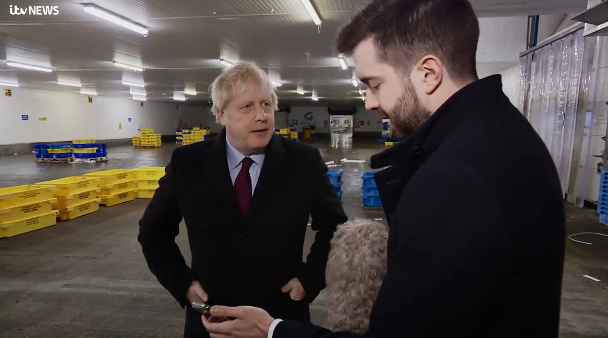 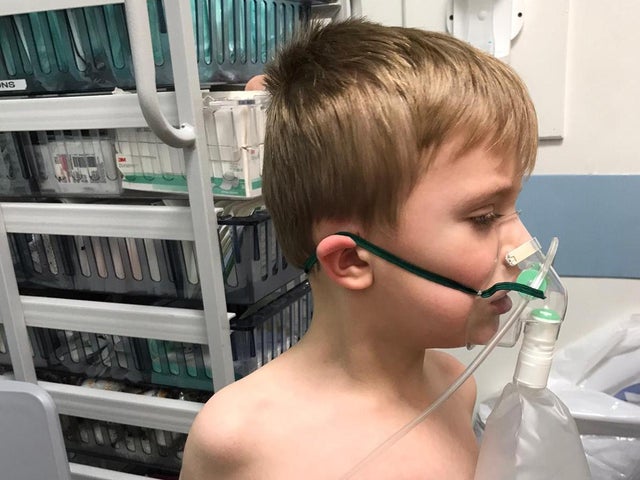 Dr Yvette Oade, Chief Medical Officer at Leeds Teaching Hospitals NHS Trust said: “Our hospitals are extremely busy at the moment and we are very sorry that Jack’s family had a long wait in our Emergency Department.

Our Chief Executive Julian Hartley has spoken to Jack’s mum and offered a personal apology.

“We are extremely sorry that there were only chairs available in the treatment room, and no bed.

“This falls below our usual high standards, and for this we would like to sincerely apologise to Jack and his family."