QUETTA, Pakistan (Reuters) – A bomb hidden among bags of potatoes at a Pakistani market killed at least 16 people, half of them ethnic Hazaras, officials said, in an attack apparently aimed at minority Shi’ite Muslims. 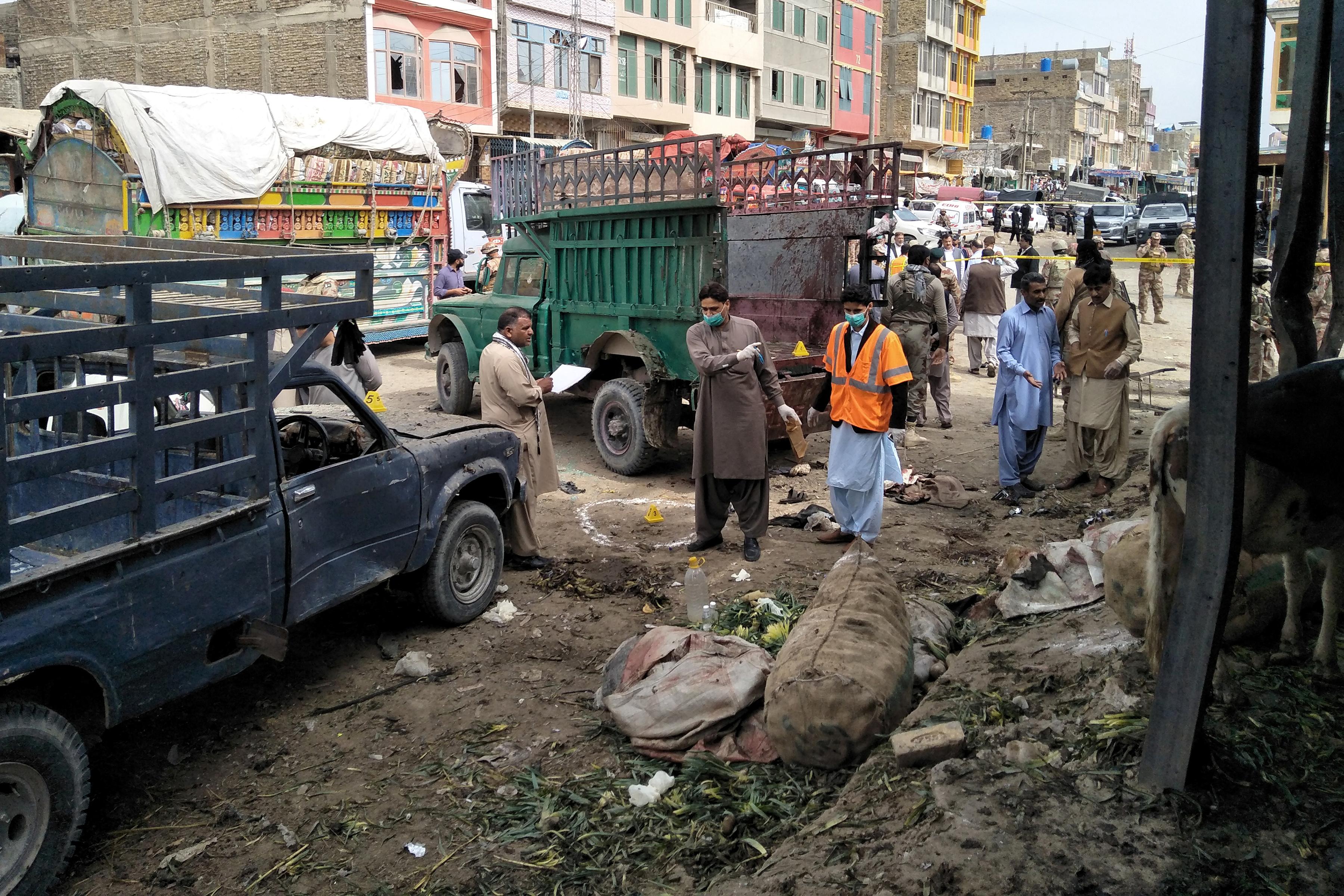 At least 30 people were wounded in the blast in the southwestern city of Quetta, capital of Baluchistan province, officials said.

The attack came after a lull of at least a year in attacks against Hazaras, though there have been isolated shootings.

The blast took place at Hazar Ganji, a fruit and vegetable market on the outskirts of Quetta.

“So far, I have confirmation of 16 martyrs – eight belong to the Hazara community, seven others who worked here one is from the Frontier Constabulary,” Abdul Razzaq Cheema, Deputy Inspector General of Quetta, told reporters.

The explosive device was hidden between sacks of potatoes, he said.

No group immediately claimed responsibility for the attack.

Hazaras have been frequently targeted by Taliban and Islamic State militants and other Sunni Muslim militant groups in both Pakistan and Afghanistan.

After a series of attacks, security forces started escorting Hazara buses to the market. On Friday, the same practice was followed but the blast took place inside.

Baluchistan is the focus of projects in the $57 billion China Pakistan Economic Corridor, a transport and energy link planned to run from western China to Pakistan’s southern deepwater port of Gwadar.