LA PAZ (Reuters) – Bolivian politics is back in crisis mode after caretaker leader Jeanine Anez launched plans to run in upcoming presidential elections, sparking criticism from allies and opponents, and prompting at least one minister to resign in protest. 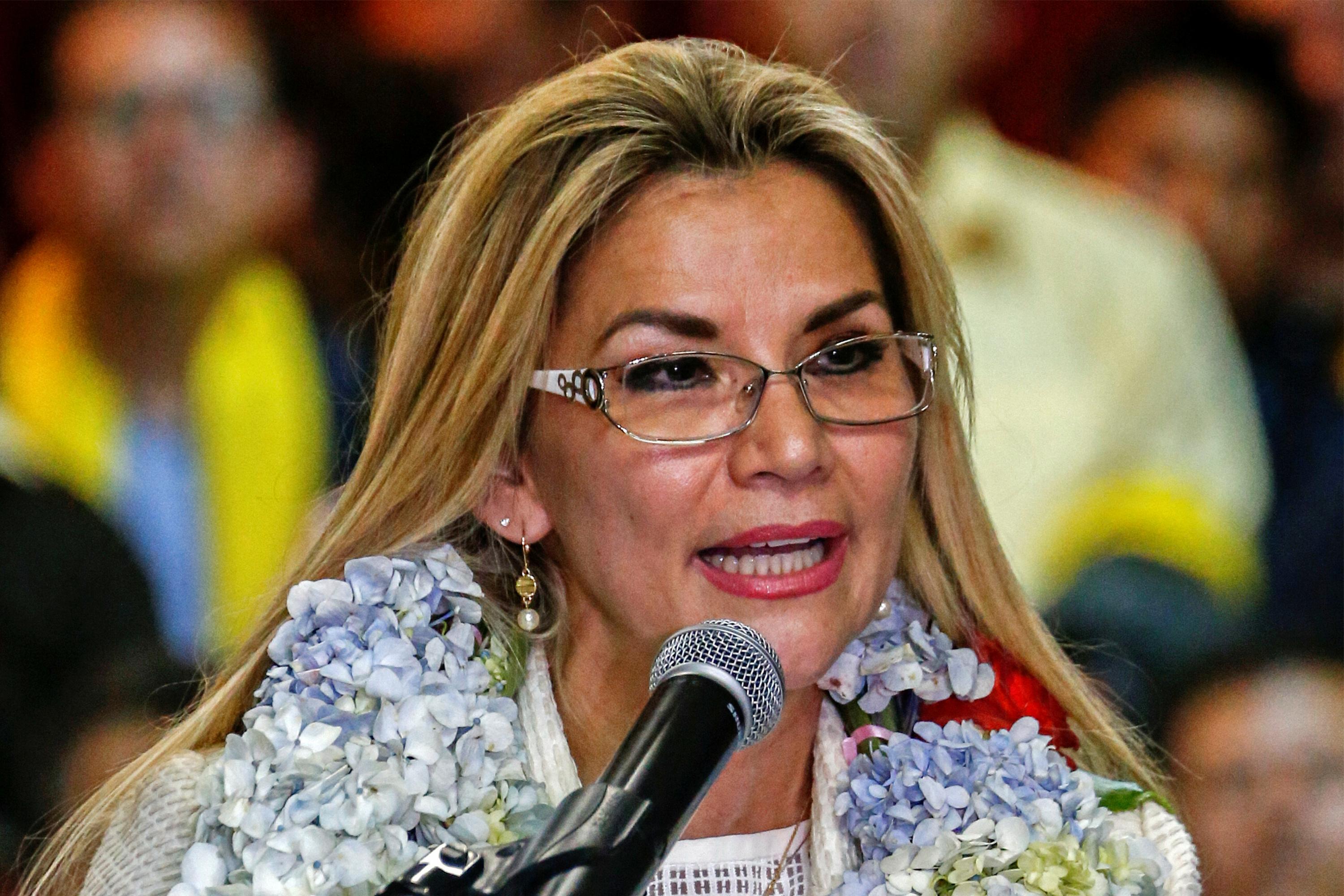 The South American country was gripped by political turmoil in October when a disputed election led to widespread protests that eventually toppled leftist leader Evo Morales. Anez took the interim president role amid the political vacuum.

The conservative former senator, who launched her presidential bid on Friday, had previously said her goal was solely to help the country hold new, transparent elections and that it would not be appropriate for her to run.

“A presidential candidacy disrupts her historic role and the credibility of the transition,” Carlos Mesa, the runner-up in the Oct. 20 vote and a former ally of Anez, wrote in response to her election plans.

“What is at stake is the international image of the country and of those who have fought with democratic conviction in defense of popular sovereignty.”

Over the weekend at least one of Anez’s cabinet, communications minister Roxana Lizárraga, resigned, saying the government had forgotten its “objectives” and that running while in office would be a “betrayal of democracy”.

On Sunday Anez said she had asked all her ministers to resign for a “new stage of democratic transition”.

Anez said in a speech on Friday she had not intended to run but had decided to be a candidate because of a split opposition vote to Morales’ socialist party and what she said was a lack of candidates who could unify the country.

Anez had been seen favorable among those who had taken part in protests against Morales, who angered many by defying term limits to run for a fourth consecutive term. She has restored some calm after a period of deadly protests last year.

“Jeanine Anez has every right to run like any Bolivian,” said Oscar Robles, a university professor in the highland seat of government La Paz.

Morales, currently living in Argentina, said on Twitter that Anez’s candidacy was proof there had been a “coup” against him, a stance he has long held since his November resignation.

Morales is not running in the 2020 election, but has appointed former economy minister Luis Arce as the candidate of his Movement for Socialism (MAS) party. Polls show MAS leading in a split field against a number of opposition parties.

Local newspaper Los Tiempos in an editorial also criticized Anez’s decision saying it “transgressed a kind of tacit pact” and urged her to withdraw her candidacy.

“I don’t agree with Jeanine Anez being a candidate; it removes impartiality and transparency from the election,” said Remberto López, a taxi driver in La Paz.

“The people no longer want fraud.”