Le Bourget, France: A Boeing executive apologised on Monday to airlines and families of victims of the 737 Max crashes in Indonesia and Ethiopia, as the US plane maker struggles to regain the trust of regulators, pilots and the global travelling public.

Kevin McAllister, the CEO of Boeing's commercial aircraft, told reporters at the Paris Air Show on Monday that "we are very sorry for the loss of lives" in the Lion Air crash in October and Ethiopian Airlines crash in March. A total of 346 people were killed. 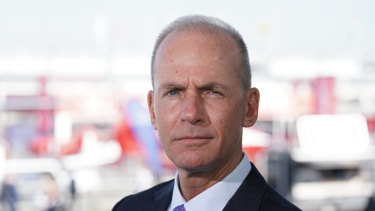 McAllister also said, "I'm sorry for the disruption" to airlines from the subsequent grounding of all Max planes worldwide, and to their passengers facing summer travel. He stressed that Boeing is working hard to learn from what went wrong but wouldn't say when the plane could fly again.

Other Boeing executives also stressed the company's focus on safety and condolences to victims' families.

Investigations are underway into what happened, though it's known that angle-measuring sensors in both planes malfunctioned, alerting anti-stall software to push the noses of the planes down. The pilots were unable to take back control of the planes.

Safety is on many minds at the Paris Air Show, where the global economic slowdown and trade tensions between the US and other powers are also weighing on the mood.

Rival Airbus is expecting some big orders despite a slow sales year so far, and is likely to unveil its long-range A320 XLR at the Paris show.