The boyfriend of a missing New Mexico Army veteran is facing murder charges after her body was discovered in Nevada, authorities said.

Cecelia Barber Finona, a 59-year-old US Army vet, was last seen at her Farmington home in May 2019. Her boyfriend, Jerry Jay, was also missing from the New Mexico residence and evidence there led detectives to be “very concerned” for the Navajo woman’s safety, Farmington police said in a statement Friday.

A body was then discovered in Clark County, Nevada, in February and DNA testing last week confirmed it was Finona, police said. 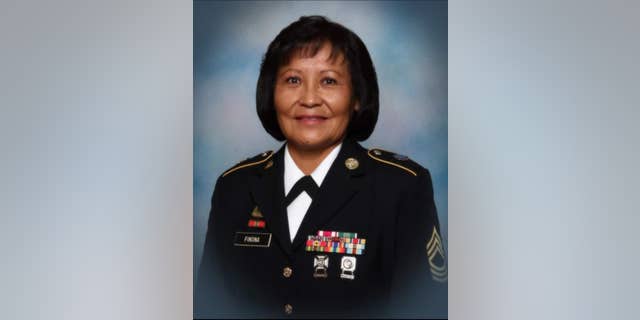 Cecelia Barber Finona, a 59-year-old US Army vet, was last seen at her Farmington home in May 2019.
(MMIW USA)

Jay, 69, who had been considered the primary person of interest in Finona’s disappearance, has been charged with murder, kidnapping and tampering with evidence in her death.

“Today we have very mixed feelings,” Farmington police Chief Steve Hegge said. “This marks the ending of two years of searching, and we’re deeply saddened at the outcome. We will continue working as we have since the day she disappeared to ensure the person responsible for this is held accountable.”

Jay was arrested in June 2019 on charges of possession of a credit card without the owner’s consent and making fraudulent charges, police said. He allegedly used Finona’s debit card in Las Vegas, as well as at locations in News Mexico and Arizona totaling more than $1,200, NBC News reported. 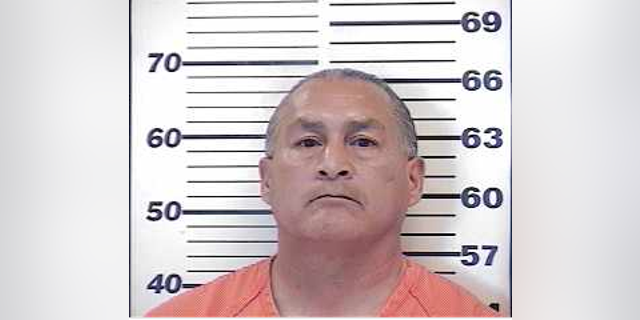 Jerry Jay, 69, who had been considered the primary person of interest in Finona’s disappearance, has been charged with murder, kidnapping and tampering with evidence in her death.
(Farmington, NM Police Department)

Relatives told investigators the couple had been arguing prior to Finona’s disappearance and court documents indicated blood was found along the couple’s porch, extending to their driveway.

Police said someone apparently tried to hide the blood with potting soil and investigators also found a single eyeglass lens “covered in blood,” according to the report.

Finona lived at the home with Jay and her mother, where she was the woman’s primary caretaker, the Farmington Daily Times reported.

Finona’s daughter, Julietta Faria, told NBC’s “Dateline” in 2019 that her mother had just returned to New Mexico following a 31-year career in the Army. The vet was readying to celebrate her nephew’s upcoming graduation when she vanished, NBC News reported.

Friends and relatives of Finona, meanwhile, described her a “good-hearted person” who cared about others and was a community leader, police said.

“We will bring Cece home!!!” a Facebook page dedicated to locating the missing woman read.

“With the support, energy and relentless effort of family, friends and loved ones bringing Cecelia Finona has came true. It has been 2 long years with every emotion spent. We are relieved to bring closure to many and finally lay her to rest.”

It’s unclear if Jay has hired an attorney who could speak on his behalf.