An immigration judge considering the case of a violent Jamaican robber was told that he had been jailed for 12 months – when in fact it was 12 years.

The farcical error raises serious questions about the quality of the Government’s legal casework as it attempts to remove criminals from the UK.

The offender in the case, Lloyd Junior Morgan, 34, left his victim with life-threatening injuries. Home Secretary Priti Patel launched proceedings to deport him but her decision was overturned by the courts.

One stage of Morgan’s appeal was told he had been jailed for 12 months for wounding with intent to cause grievous bodily harm and conspiracy to rob. But in reality he had been sentenced to 12 years. 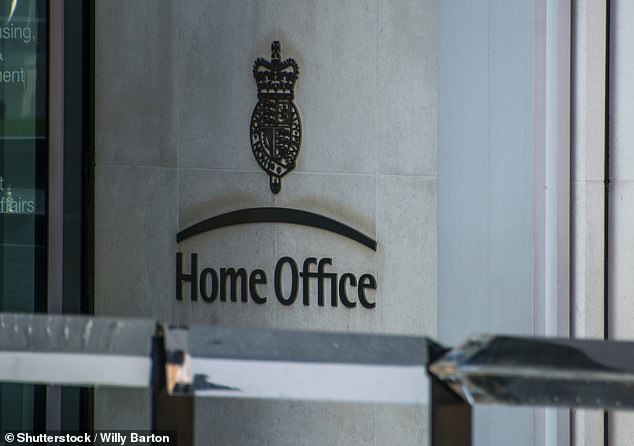 One stage of Lloyd Junior Morgan’s deportation appeal was told he had been jailed for 12 months for wounding with intent and conspiracy to rob. But in reality he had been sentenced to 12 years

The ruling with the error has only recently emerged, although it was published in September 2020.

In it, the Upper Tribunal Asylum and Immigration Chamber said: ‘The offence is dated April 13, 2012 when Mr Morgan was convicted of wounding with intent to do grievous bodily harm and conspiracy to rob. He was sentenced to 12 months’ imprisonment on April 16, 2019.’

After the mistake was spotted, a new ruling by another judge said that although 12 months was ‘the sentence stated in the Secretary of State’s grounds’ it was incorrect.

The error by the Home Office was quickly rectified and did not ultimately influence the case’s outcome.

Morgan had received three convictions and a caution since arriving in Britain in July 2001, the ruling said. He gained a permanent residence card in 2010.

Two years later he was involved in a robbery in which the victim suffered ‘extremely serious and life-threatening injuries’, the ruling went on.

He served six years and the Home Secretary then issued a notice to deport him to Jamaica. Morgan lodged an appeal, which he won, in 2019.

More hearings took place as the Home Secretary appealed, including one with the error. Finally, an upper tribunal rejected Miss Patel’s appeal.

Immigration judge Fiona Lindsley ruled it would not be ‘proportionate’ to deport Morgan partly because his offending did not involve violence against children or grave sexual offences or drugs.

The case follows efforts to remove Jamaican criminals on charter flights, which led to protests by celebrities, including model Naomi Campbell.

A Home Office spokesman said: ‘Since January 2019 we have removed 8,441 foreign national offenders. Our New Plan for Immigration will expedite the removal of those who have no right to be here.’