Singapore: An Australian-government backed plan to build a memorial park on the site of the former Sari Club will be abandoned after the owner of the land set its price tag at almost $15 million.

The Perth-based Bali Peace Park Association has for 13 years attempted to acquire the vacant plot in the beachside area of Kuta and create a spiritual garden for reflection about the 2002 terrorist bombings which killed 202 people, including 88 Australians. 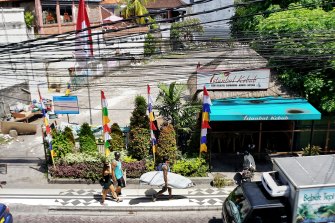 The Sari Club site has been vacant since the Bali bombings nearly 20 years ago.Credit:Amilia Rosa

Prime Minister Scott Morrison had pledged to help fund the purchase of the land at market value and there was renewed hope for a deal in recent months as the association had direct negotiations with site owners Sukamto Tjia and Suryana Chandra Jamhur for the first time.

However, as the 20th anniversary of the attacks nears, the Australian organisation is set to withdraw entirely after having its latest offer of 45 billion rupiah ($4.4 million) for the 1500 square-metre site soundly rejected.

Instead, according to a letter sent by Bali Peace Park Association chairman David Napoli to its representative in Bali on Friday, the owners offered to sell a 560 square-metre section for that price or the full 1500 square metres for 150 billion rupiah ($14.5 million), a fee including millions in compensation for lost earnings over the past 19 years. They also insisted the association build an underground car park across the whole site, the letter said.

Napoli described the price as “outrageous” and said buying only a third of the land was not an option, knowing that the owners could build another multi-story entertainment complex on the rest of it after being granted permits by Indonesian authorities. 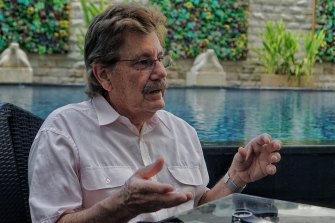 David Napoli, pictured in Bali in 2019, has led fundraising for a Bali Peace Park for many years.Credit:Amilia Rosa

“The case presented to the Prime Minister was for 1500m2 at a commercial rate per square metre and specifically for the purpose of promoting peace and goodwill. A revised cased with a different purpose is most unlikely to be successful in gaining financial support from the Australian government,” Napoli wrote on Friday.

“As a result I shall put to the association that it terminates its interest in acquiring the land and advise the Australian government that the money that they have committed will not be required.

“I am sad that this special gift from the people of Australia to the people of Bali has been blocked by greed, at great cost to the community of Bali.”

Contacted by The Sydney Morning Herald and The Age on Friday, Napoli said the association had made a “very generous commercial offer” that would have provided 200 jobs for nine months for people in Bali and offered vast ongoing benefits through tourism. 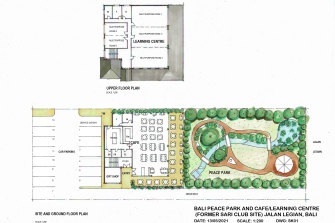 The latest version of plans for the proposed Bali Peace Park.

“I enlisted the help of an influential person in the Bali system who has got connections back to [Indonesia President] Joko [Widodo]. And it’s actually the first time we’ve been able to make contact with the owner as an organisation since the bombing,” he said.

“This person was able to do that. But it’s just unbelievably outrageous, the price.”

Morrison two years ago slammed the issuing of permits for a new restaurant and nightlife development on the Sari Club site as “deeply distressing”.

But with the peace park bid falling over, Bali bombing survivor Gary Nash fears new venues will now be built and partygoers “will be dancing on people’s graves”.

Nash was inside nearby Paddy’s Bar, where the first of the suicide bombs were detonated on October 12, 2002, and suffered burns to more than half of his body and wounds to his legs from shrapnel. 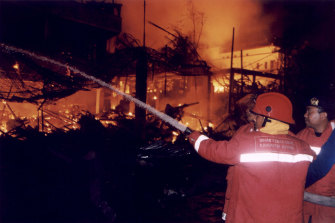 Firefighters attempting to extinguish the blaze ignited by the blast at the Sari Club, early Sunday morning October 13, 2002. Credit:AP

A former director of the Bali Peace Park Association, he said the garden would have been “a symbol of peace … somewhere we could go and sit there and reflect on what happened to us”.

The project had the support of Bali Governor Wayan Koster, who told the Herald and The Age in 2019 that the landowners needed to be more rational in the amount of compensation they were demanding and “see the bigger picture – the relationship between two countries, between Indonesia and Australia”.

There is a memorial to the victims of the Bali bombings, carried out by al Qaeda-affiliated terror organisation Jemaah Islamiyah, across the road from the site of the former Sari Club.