BLACK Lives Matter activists drew a colossal mural in the Nevada desert, stretching across the flats for more than four miles.

Footage taken from the air and shared on social media reveals the enormous letters spelling out the group's name on the surface of the Black Rock Desert. 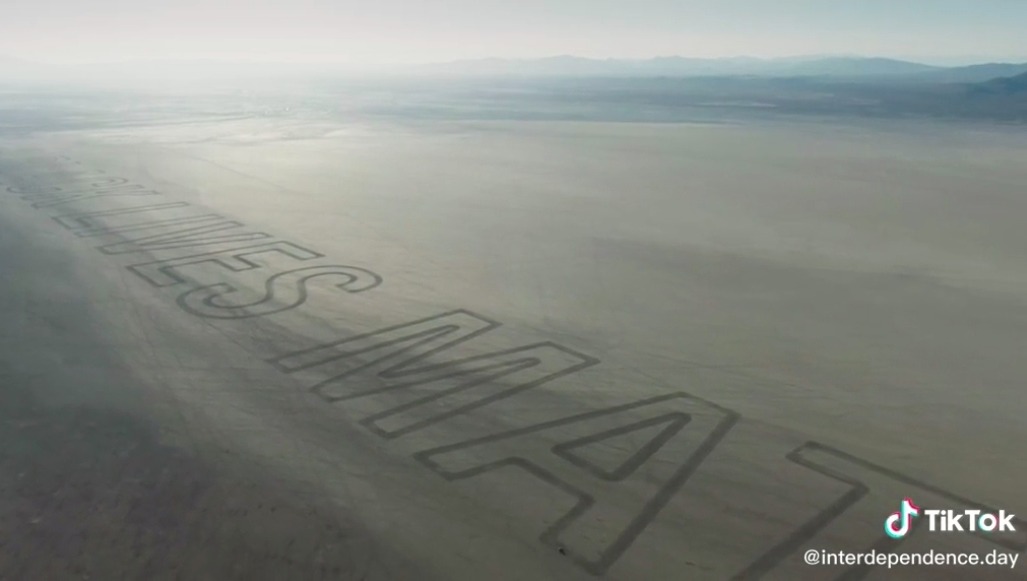 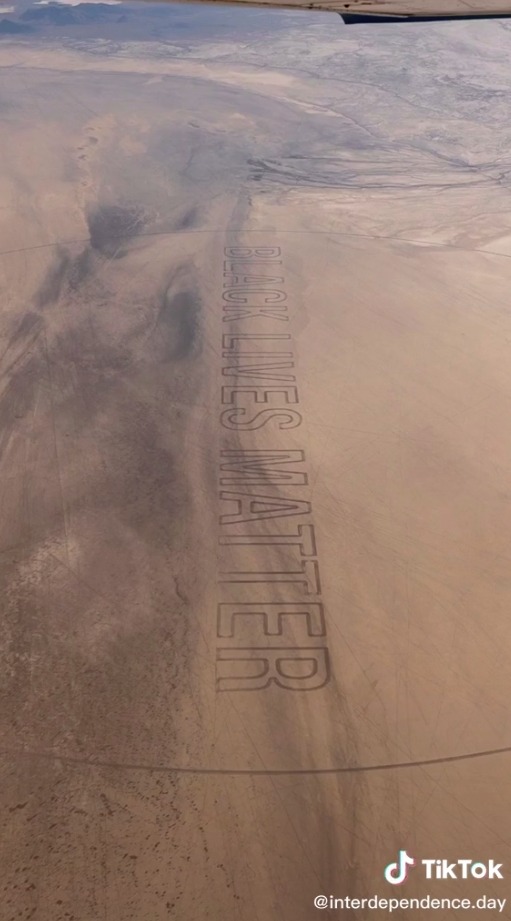 A vehicle left deep tyre tracks to create the giant letters, close to the site of the annual Burning Man festival, a Bureau of Land Management official told the Reno Gazette Journal.

Esteban Valle, a member of the Washoe County Sheriff's Office search and rescue team, drove the entirety of the mural, and said it measures more than 13 miles in circumference.

"It’s so big that it can actually be seen on my search and rescue team’s weekly updated satellite imagery feed," Valle said. 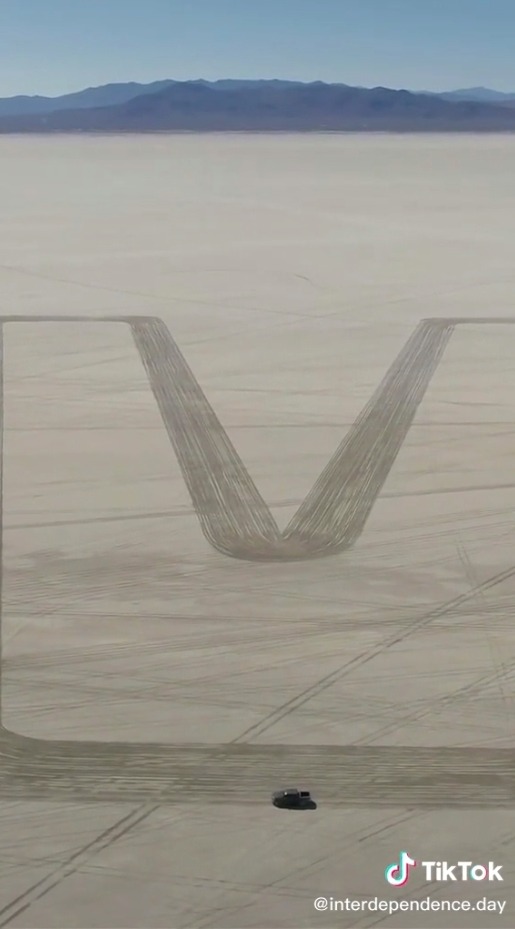 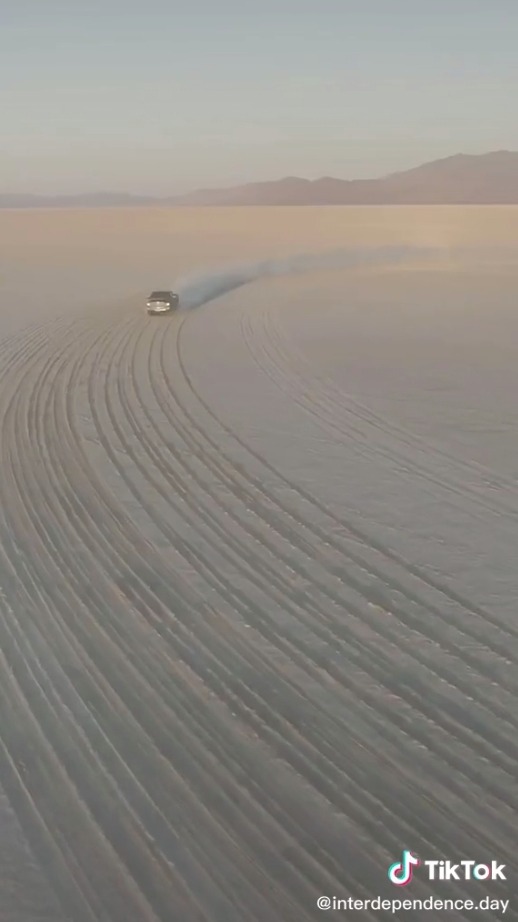 A Black Lives Matter spokesperson said they were aware of the mural, but did not know the identity of the person or group who created it.

"Obviously somebody made a statement, and it wasn’t us."

Some locals in the nearby town of Gerlach are concerned about the environmental impact. The surface of the flats, or 'playa' as it is called, is a breeding habitat for creatures including 'fairy shrimp' crustaceans.

The mural would appear to contradict the 'leave no trace' philosophy of the Burning Man Festival.

"It’s unfortunate it happened on the playa, but mother nature will heal itself," BLM spokesperson O'Hanlon said.

"It's going to be a matter of wind storms and rain storms."

Valle speculated the mural was done by 'burners' – regular attendees of the Burning Man festival, which was cancelled this year due to coronavirus.

"Burning Man is a place where people express themselves radically, it's a place to build community, and this is a great way to express solidarity with the Black community and those who are mourning the death of George Floyd," he told the Journal.

Black Lives Matter murals have been painted on streets of cities including New York City, as protests sparked by the death of George Floyd continue across the US.