One car seems to have been stopped in its tracks by a large Dacia Duster wedged on its roof. The smash on Saturday afternoon in Newport saw a man airlifted to hospital with "severe" neck and spine injuries.

It's not known what led to such a dramatic looking crash, as one of the cars looked to have been moving towards a roundabout.

Andrew Morgan Evans, a photographer, told Wales Online: "I had never seen anything like it.

"People passing by were stopping to look and taking photos on their phones. 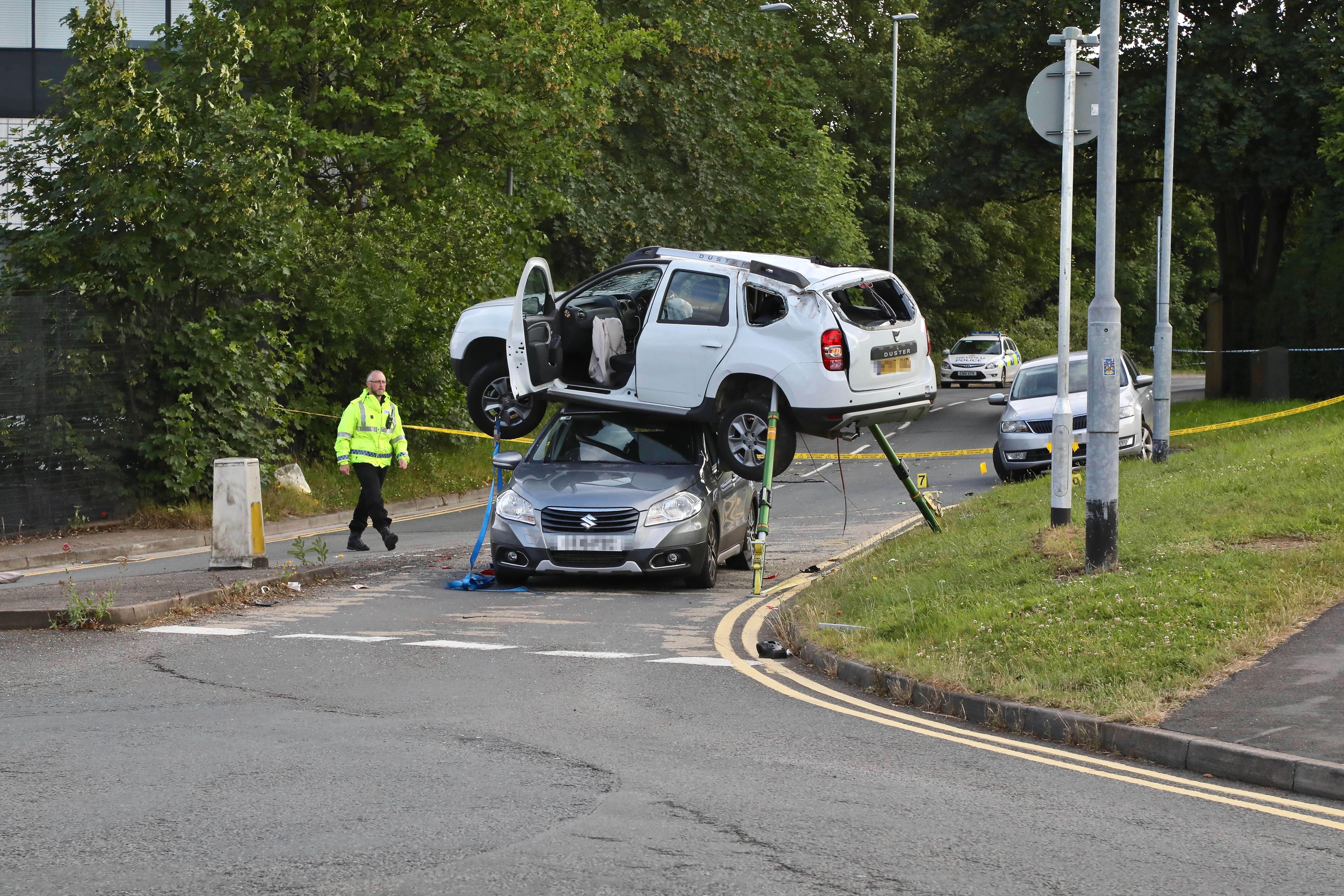 "The police were there guarding the scene and the road collision unit were there."

The 35-year-old said there was smashed glass spread across the road.

"I just kept wondering 'how did a car land on top of another?'"

Police cordoned off the area and kept the car in the air steady with supports down to the road.

These were kept in place as the people in the cars were treated following the serious crash.

Earlier this year we reported on bizarre and mind-boggling car crashes from around the world.

From rooftop landings to aquatic mishaps, some car accidents defy what you thought was ever possible outside of Hollywood.