A group of friends hired supercars worth an estimated £10m to celebrate a wedding in Birmingham on New Year’s Eve.

Groom Kasim Ali arrived at his wedding to Natasha driving a Lamborghini Aventador SVJ worth an estimated £350,000.

The friends met at the couple’s house in Small Health before driving two miles to Grand Botanical Suite in Bordesley Street, Digbeth where the wedding was taking place.

According to witnesses, it was like a scene from The Fast and the Furious as the procession travelled to the wedding venue. 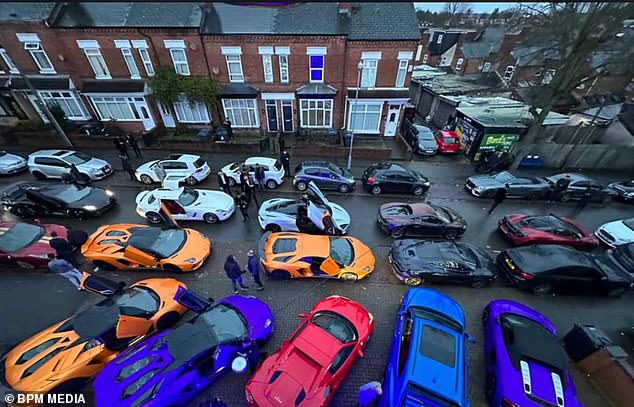 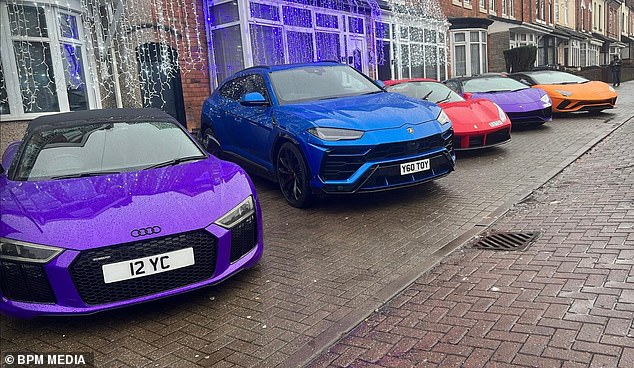 Among the cars involved in the parade, were six Rolls Royce Phantoms, four Rolls Royce Ghosts, One Mercedes SLS Gullwing, an E63 S AMG and a pair of Audi R8 spyders.

There were also Lamborgini Huracans, Aventadors and Urus.

Modena metal was represented by Ferrari 488 Spyders and Pistas, while there were also McLaren 720s on display.

Lamborghini Huracans , Aventadors and Urus, Ferrari 488 Spiders and Pistas, McLaren 720s, one with 1,100 brake horsepower, and a Range Rover SVR

According to Birmingham Live, the cars were arranged by the happy couple’s friend Kad, of Birmingham Car Hire Limited, who used his contacts in the business to arrange the exotic fleet. 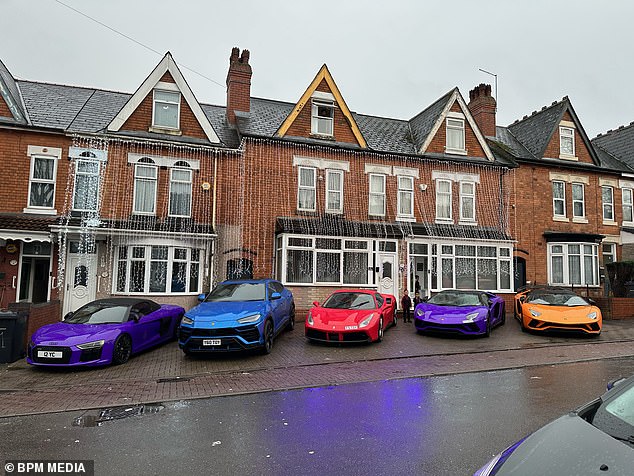 He said: ‘The wedding was one of my friends. And we organised loads of supercars. All Kasim’s friends approached us and wanted to hire different cars for the wedding.

‘They wanted it to be a supercar showdown. They were sourced from all over the country and brought down to Birmingham. One company couldn’t organise the amount needed! Each car had an individual spec.

‘There were 20 supercars and ten Rolls Royces. There were more than £10 million worth in total. We had them all lined up in Floodgate Street. Usually we might hire four at most. But this was a scene from Fast and Furious. It didn’t feel like we were in Birmingham.’

The wedding guests saw in the New Year with a fireworks display.