Traders at London’s iconic Billingsgate Fish Market are being forced to close over a lack of coronavirus protection.

Eight out of 40 stalls at the fresh fish market in Poplar, east London, decided to close on Saturday over claims customers were not observing social distancing, with another eight planning to shut up shop this week after selling their stock.

Steve Monaghan, who runs John Stockwell, closed his shop at the east London market on Saturday for the first time in 28 years after customers failed to adhere to the two metre apart rule.

Mr Monaghan said he has decided to close until further notice as he fears for his employees’ safety. 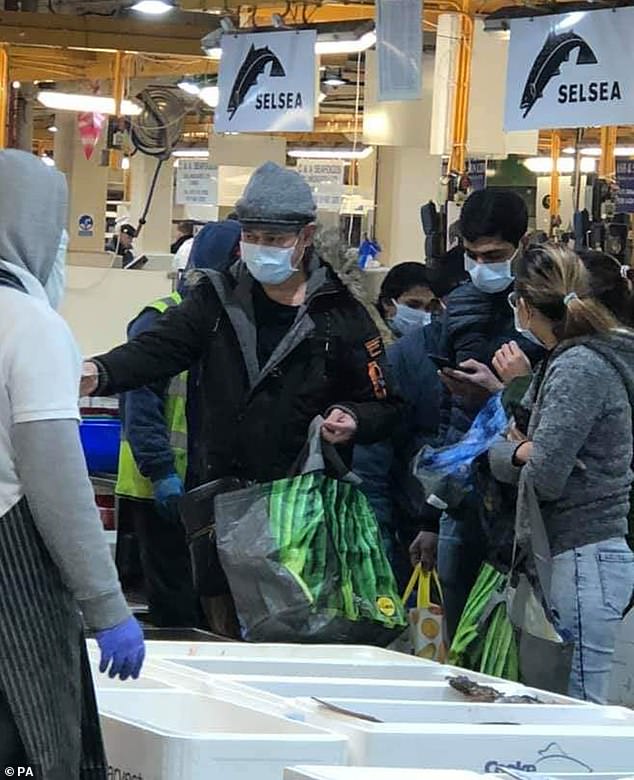 He said: ‘Some people are closing because their suppliers are drying up but people like myself didn’t feel there was enough being done to reduce as much risk as possible for myself, my staff and the public.

‘I could trade but there wasn’t anyone implementing any of the Government procedures. It’s poor, really, really poor.

‘It was worrying me more and more every night and in the end I took a decision we were safer at home.’

Mr Monaghan, who gave his workers protective gear and antibacterial gel, said notices advising people to stay two metres apart were placed around the fish market on Friday but were largely ignored by customers.

There are around 40 stalls at Billingsgate Market but some are owned by the same company, meaning that one company’s temporary closure could result in several stalls shutting.

Mr Monaghan employs nine full-time staff and three part-time workers who he has paid for this month and will place on furlough in the future. 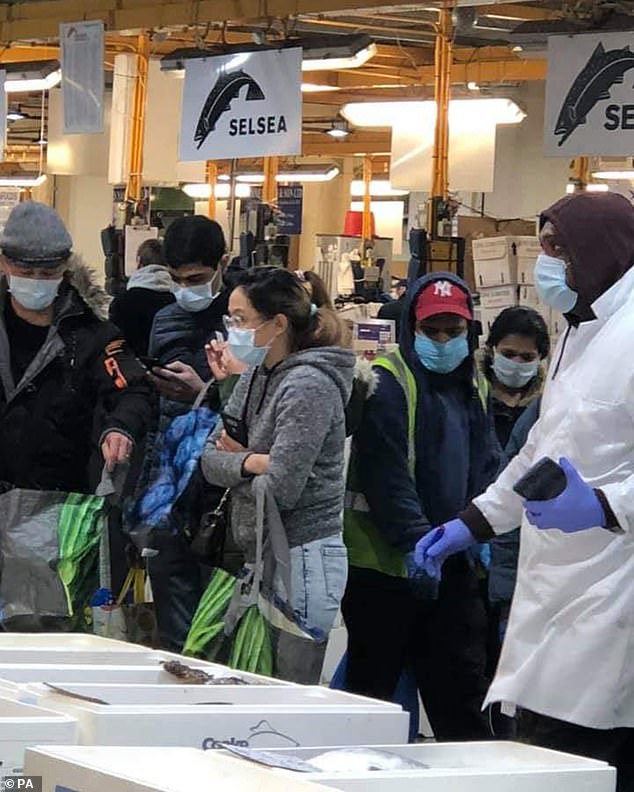 Eight out of 40 stalls at the fresh fish market in Canary Wharf, east London, decided to close on Saturday over claims customers were not observing social distancing (pictured over the weekend)

‘I’m going to review the situation every two weeks but it looks like it’s going to be (closed) for two months I should think,’ he added.

The closure is likely to have a knock-on effect on other businesses.

Michelle Solomons, who runs Essex-based delivery service Billingsgate Fish By Michelle, has told her customers that she will only be selling frozen fish next week as she is unsure what will be on offer from Tuesday.

She said: ‘Some of my customers fall into the vulnerable category, and I’ll feel terrible if I can’t provide for them.

‘The fact that a massive company like Stockwell’s is being forced to close, I don’t know what that means for them, but they’ve been down there for generations.

‘It’s just such a shame if it ends up being the closure of the market completely. No one knows what’s going to happen. It’s really sad.’ 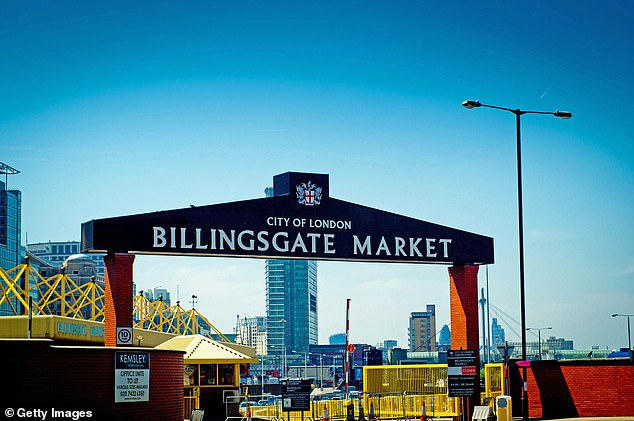 Another eight traders at Billingsgate (pictured), which is owned by the City of London Corporation and dates back to the 19th century, will close once stock is sold this week

Garry Diamond, who owns and runs Covent Garden Fishmongers in Turnham Green, west London, has warned customers he may have to reduce his working days from five days a week to four or three so he can collect stock from Cornwall himself.

He said: ‘If there are stall closures and less traders, the transport companies aren’t going to send a lorry or big van into London for just six boxes for me.

‘It is not worth their while. It looks like I’m going to have to go down and pick it up myself.’

Mr Diamond added: ‘I’m doing my best to keep the British spirit going. I’m going above and beyond to keep my customers happy because they’re very loyal to me, and I’m trying to repay them by staying open.’

Billingsgate is owned by the City of London Corporation and dates back to the nineteenth century.

Fishmongers, restaurant and hotel owners from the capital and beyond flock to the market in the early hours of each morning to buy fresh stock. It sits in the shadow of London’s financial district, Canary Wharf.

A spokesman for City of London Corporation, which runs the market, said: ‘The welfare of staff, traders and customers is the top priority when it comes to operating Billingsgate Market.

‘A number of steps have been introduced to ensure a safe environment is maintained.

‘This includes limiting the number of people in the market, extra policing to ensure the Government’s instructions are enforced, additional hand sanitisers and clear signage. We will continue to follow official guidance on Covid-19.

‘Our wholesale markets have been providing quality produce to Londoners for centuries and they continue to play a vital role in the capital’s food supply at these testing times.’ 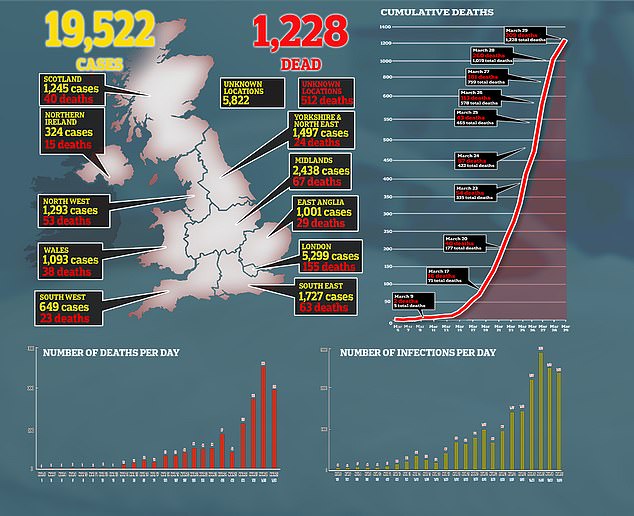