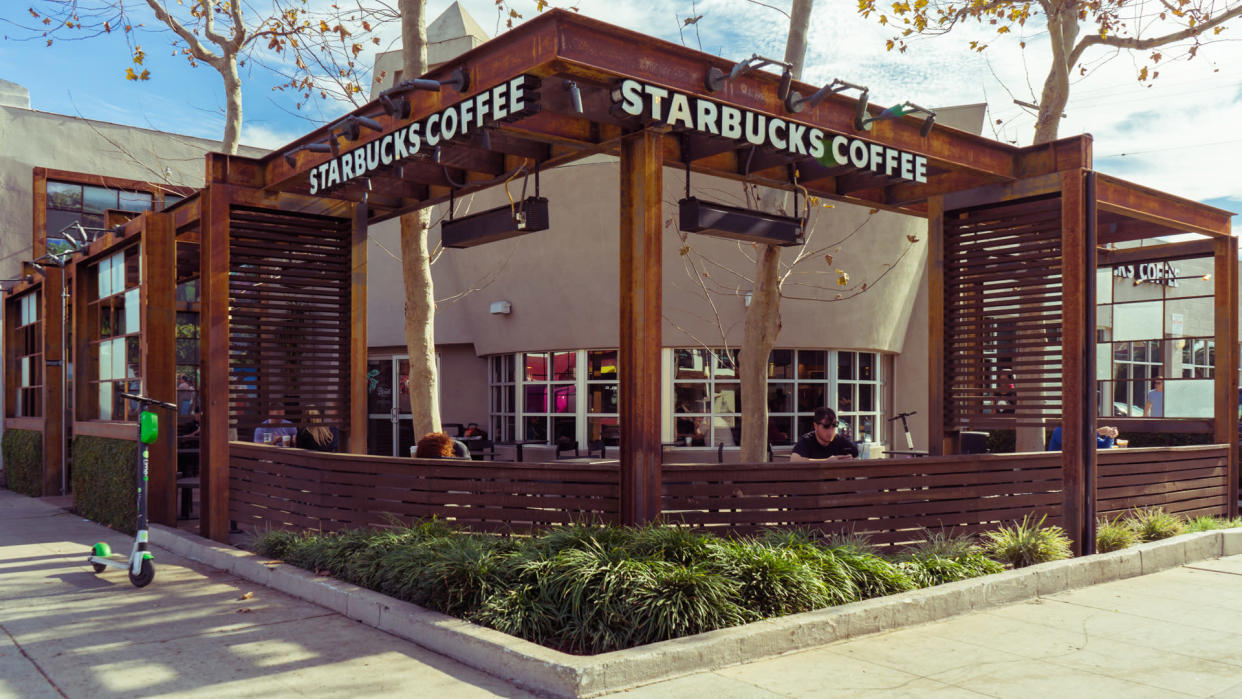 Among the many changes caused by the COVID-19 pandemic, one of the biggest has been how retail businesses operate. Many of us now prioritize online shopping, and we may decide to cook at home instead of packing into a crowded restaurant.

Big-name chains have taken notice. With their vast pools of resources and endless data banks, many of these chains have decided it would be better to slim down and close some of their stores in 2021.

Keep in mind that this doesn’t necessarily mean these chains are failing or even that they are struggling. The pandemic so fundamentally changed the way we operate that some stores and restaurants were closed simply because they no longer made sense in this new economy — this new “normal” in which we are all living.

These well-known chains aren’t going under. They simply have decided to change their businesses to fit this new post-pandemic economy.

Starbucks has been closing several stores, but not because sales are down. The company announced in June 2020 that it would close 400 stores over the next 18 months to focus on drive-through and curbside pickup options. However, the coffee shop chain planned to open 300 more stores than it was planning to close, and 40 to 50 of them would offer only curbside pickup or drive-through. In Q3 2021, Starbucks posted a 21.6% profit.

Disney stores captured the imaginations of children all around the country in the 1990s and 2000s, and they did so in the convenience of your neighborhood shopping mall. But that is changing as more people shop online — a trend that was already impacting sales at malls before the pandemic. Disney planned to close at least 60 stores in North America this year as “consumer behavior has shifted toward online shopping.” Disney’s business model is constantly evolving; the company makes the bulk of its money from media and entertainment rather than from parks and retail stores.

Large clothing retailer Macy’s first announced plans to close some of its stores just before the pandemic hit the United States. In February 2020, the company announced it would close 125 stores nationally. It closed about half that total by November 2021 and said it would announce further closures in January. Nevertheless, Macy’s is doing quite well; net income is up more than 260% year-over-year as the company recently posted a profit.

In May 2020, JCPenney announced plans to close 175 locations in 2020 and 2021. Those stores span 38 states; the company says 670 stores remain in the U.S. and Puerto Rico. JCPenney was acquired by Simon Property Group for $1.75 billion in 2020. The company filed for Chapter 11 bankruptcy protection in September 2020, blaming the pandemic for its woes.

Gap Inc. has several retail clothing chains under its belt, including its namesake brand and Banana Republic. In October 2020, Gap said it would close 350 stores by the end of 2023. Store closings include both Gap and Banana Republic and were to be seen across North America. The company says its goal is “having a smaller and healthier fleet of stores.” For Q3 2021, the company posted a net loss of $152 million.

Find: The Best Holiday Shopping Strategies for Your Wallet

At the beginning of 2021, Godiva announced a swift plan to close all 128 of its brick-and-mortar stores in North America by March. The chocolatier said the pandemic led to a decline in its in-store sales. However, Godiva doesn’t plan to suspend all operations; instead, this is part of a strategy to boost online sales. In addition, its chocolate bars will still be available for purchase at major retailers such as Target and Kroger.

Kmart has been around since 1899, but it could never quite compete with stores such as Walmart and Target. The chain has seen a colossal decline from its peak. It had more than 2,000 locations in 2002, but just 17 locations remain. Now, the chain will see its last store close in Michigan, the state where it was founded. Even in 2017, the company was seeing significant declines in its fundamentals, such as a $770 million year-over-year decline in revenue. After the latest round of closings, just six Kmart locations will remain.

This article originally appeared on GOBankingRates.com: Big-Name Chains That Closed Stores and Restaurants in 2021