The coronavirus pandemic has hit revenues of sporting clubs around the world. 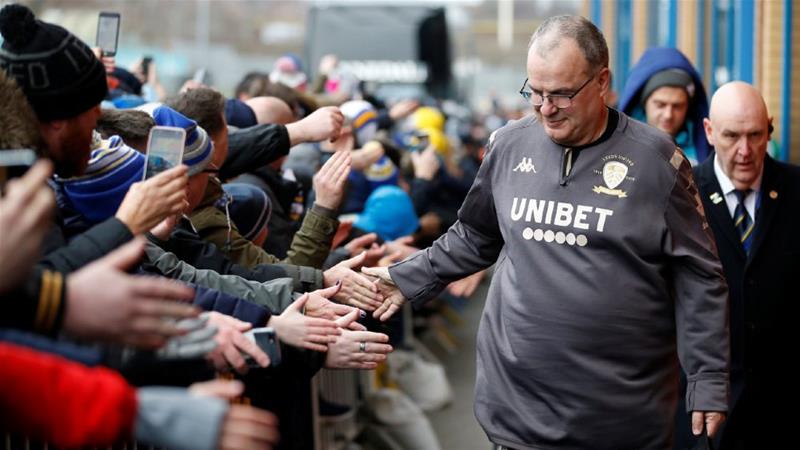 Leeds United’s players, coaching staff and senior management have voluntarily deferred their wages to ensure the club’s 272 full-time and casual staff members are paid in the coming months, the second-tier English football club said on Thursday.

The coronavirus pandemic has brought sport to a virtual standstill worldwide, and English football is suspended until at least April 30, with the hiatus hitting the revenue of clubs across the country.

Leeds said the lack of matches among other things will cost the club “several million pounds” each month, which led to coach Marcelo Bielsa and his squad deciding collectively to defer wages to keep the club running in “uncertain times”.

“My players have demonstrated an incredible sense of unity and togetherness and I’m proud of their actions,” Leeds’s director of football Victor Orta said in a statement.

“To Marcelo and his staff and all of the players, we thank them for putting our wider team first and taking care of family.”

Globally, more than 470,800 people have been infected by the novel coronavirus and over 21,200 have died, according to a tally by Reuters news agency. The United Kingdom has more than 9,500 confirmed cases with 456 deaths.

“We are going to see this increasingly over the next few weeks in England and beyond – the big earners at football clubs agreeing to pause their earnings to help others less fortunate,” said Al Jazeera sport correspondent Lee Wellings.

“This early move by Leeds reflects well on the club and is in the spirit of community that has risen up in the UK in the past few days particularly.

“The problem will come with smaller clubs and players who can’t afford to take a break from their wages. There feels like an inevitability some clubs will go out of business unless they are helped at government level.”

With nine games left, Leeds are top of the championship, one point ahead of West Bromwich Albion and seven ahead of third-placed Fulham, with the top two automatically promoted to the lucrative Premier League.

Finishing between third and sixth would pit them against three other teams in the playoffs, where they failed to gain promotion after losing in the semi-finals last season.