For the late Nicole Campbell has been remembered with a smile across the world after a message paying tribute to her ended up being a trending topic on Twitter.

How someone closely connected to the LA Park Foundation “never saw a dog” and “didn't smile” has puzzled and amused Twitter users.

The full message, immortalised on a metal plaque, reads: "In loving memory of Nicole Campbell, who never saw a dog and didn't smile."

But, perhaps it meant to say: "She never saw a dog without smiling.”

Tickled Twitter user Jen D’Angelo loved the “badly phrased bench so much” he decided last night to share it with his followers.

But hours later it was being re-tweeted and become a red hot topic.

And so the theories and comments went on.

But the story then took a twist when one Twitter user, Christina Lala, claimed to have actually known Nicole.

She said: “I woke up to find Nicole as Twitter Trending Topic.
“Nicole always smiled when she saw a dog and she also has a sense of humour so she deserves going viral.”

LA Parks Foundation then got wind of growing fascination over its bench memorial.

They then decided to step into the fray and address "Twitter".

A tweet stated the foundation valued its "donors and their chosen messages" and asked people to be mindful of the donor and the family.

But Jen, clearly feeling guilty, replied: "It’s a really wonderful tribute! Just thought it was funny that it could be read two different ways.

“But the meaning is clear and beautiful."

Crestfallen, he tweeted: "Didn’t expect that bench pic to go that wide and I feel bad.

"It just really made me laugh and was also very sweet!"

At this point Christina Lala stepped in to reassure Jen.

But bench memorials sometimes have a tendency to make passers-by smile.

Sometimes this is on purpose, sometime by mistake.

Yet they make you remember and that's the point right?

Here are some of the best: 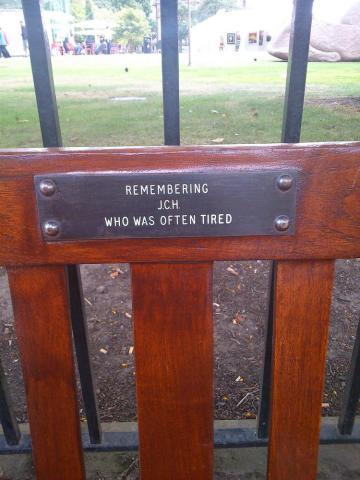 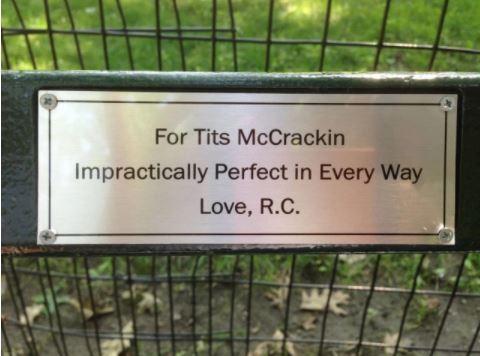 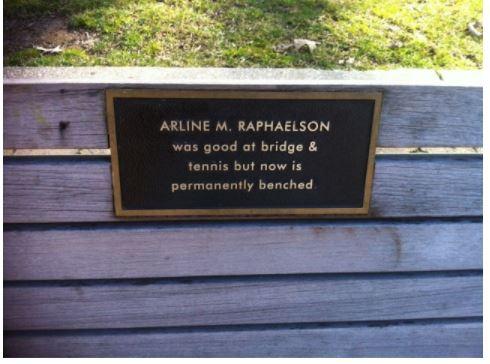 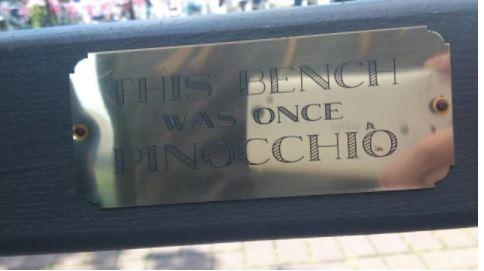