Police identified infamous ‘Beast of Wombwell’ as ‘likely suspect’ in 14-year-old Elsie Frost’s 1965 murder but couldn’t trace him… leaving him free to rape and murder other girls, inquest hears 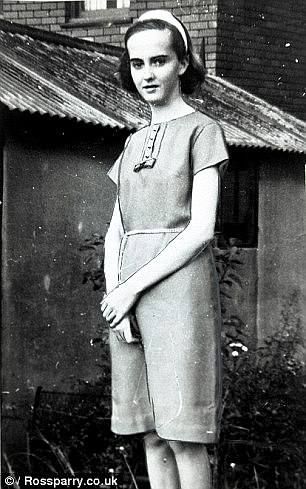 A convicted rapist and murderer who is believed to have killed teenager Elsie Frost in 1965 was identified as a ‘likely suspect’ just days after her murder, but police were unable to trace him, an inquest has heard.

The inquest at Wakefield Coroner’s Court heard that a file on Peter Pickering – who was dubbed the ‘Beast of Wombwell’ – was sent to West Yorkshire from Scotland Yard but was returned.

Two months later, another man was charged with the 14-year-old’s murder but was eventually cleared – leaving the case cold for nearly 50 years.

The new inquest into Elsie’s death is being held after her brother and sister, Colin Frost and Anne Cleave, successfully campaigned for a fresh review.

It also comes after West Yorkshire Police revealed that Pickering was close to being charged with Elsie’s murder at the time of his death in March last year.

Mrs Cleave spoke of her anger that the case had been left ‘in limbo’ following the exoneration of Ian Spencer in March 1966 – leaving Pickering free to go on to murder 14-year-old Shirley Boldy and kidnap and rape an 18-year-old woman in Barnsley in 1972.

She said: ‘Pickering’s name had already cropped up because a file was sent up from Scotland Yard.

‘The outcome of that, of course, is the fact that Pickering goes on to commit other crimes. If things had gone as they should have done in 1965, those events may not have happened and maybe then my sister’s case would have come to full fruition.’ 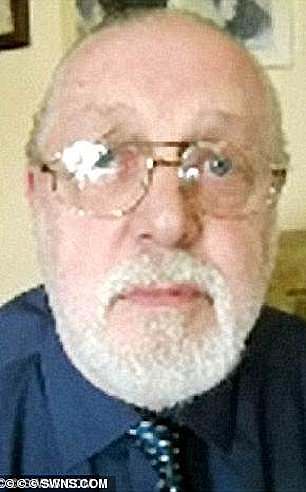 ‘After March 1966, after Mr Spencer was released and exonerated, that’s when things stopped.’

The inquest heard that police in Wakefield were sent a file on Pickering from the Metropolitan Police on October 13 1965 – just four days after Elsie was stabbed to death as she walked back from a sailing club event.

On October 25, the force returned the file with a note, which read: ‘The file in respect of Peter Pickering was forwarded to this office making Pickering a likely suspect.

‘Accordingly, extensive inquiries have been made but Pickering has not yet been traced.’

The force requested that the Metropolitan Police informed them if Pickering was apprehended.

The inquest heard that a coroner at the original inquest, in December 1965, formally accused railway fireman Mr Spencer of murdering Elsie.

Mr Spencer was held in custody until a court hearing in March 1966 in which a High Court judge directed the jury to find him not guilty.

The High Court quashed the decision by the original inquest earlier this year.

Lee Spencer, Mr Spencer’s son, told the inquest that, despite being formally acquitted of Elsie’s murder, his father was repeatedly questioned by police in relation to other crimes.

He also described how his father would make detailed notes following his arrest so he could account for his movements. 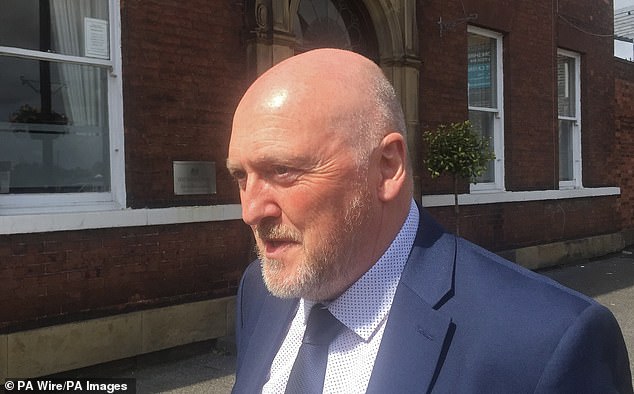 Colin Frost, brother of Elsie Frost, outside Wakefield Coroner’s Court after the fresh inquest was formally opened and adjourned into the death of his sister

Mr Frost, who was five when his sister was murdered, told the inquest that his sister’s death had ‘split the family wide open’ and left his parents feeling guilty.

He said: ‘Elsie’s murder split the family wide open and it took a while to get back together.’

Mr Frost agreed with coroner Kevin McLoughlin that Elsie’s murder had a ‘truly devastating impact’ on the family and said the fact that no-one had been convicted added to the distress.

He said: ‘The fact that they couldn’t get into court to get what we see as the ultimate outcome has added to the distress. Added a huge amount of frustration too.’

He added: ‘We have so many questions going on around, going through our heads. And it’s still happening today. Still many questions out there we feel have not been answered.’

Mr McLoughlin told the inquest that Elsie was described in statements as a ‘model child’ who was expected to become head girl at school.

Mr Frost added that his older sister was like a mother to him and described how she taught him to tie his shoelaces.

He said: ‘She carried out that role, in my eyes, perfectly.’