Beauty spots were covered in litter and bags of rubbish were piled-up next to overflowing bins. 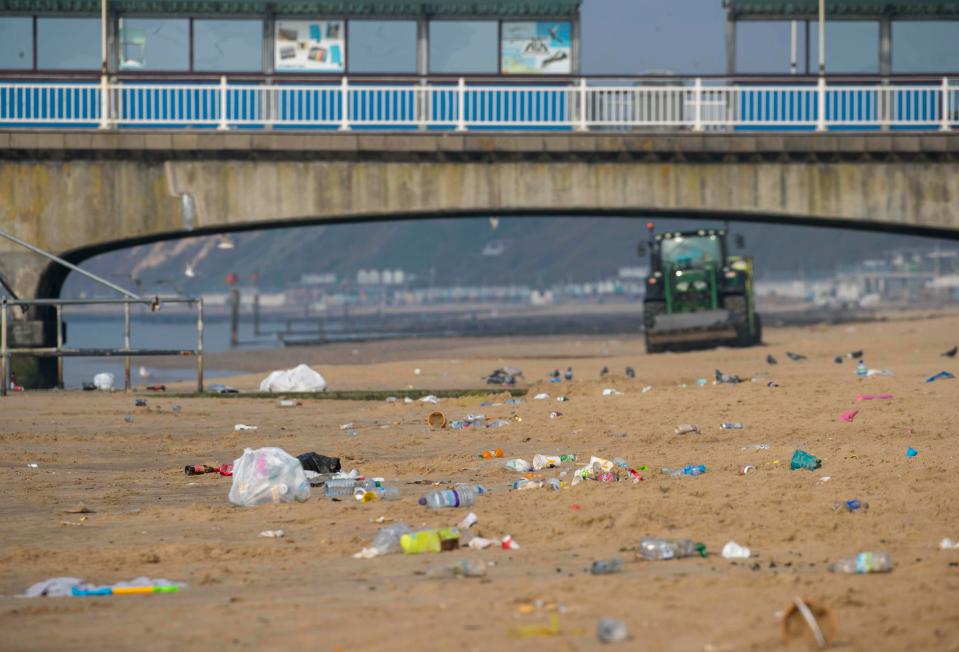 Hordes of people piled onto any spot in the sunshine they could find, with hundreds flocking to local parks and nearby coastlines.

But many simply left their rubbish behind after having barbecues and drinks in the great outdoors – forcing local clean up squads to leap into action today.

While some attempted to clear up by placing their litter near a bin, the nature spots were still blighted by mountains of festering rubbish.

And after a recent drive to stop plastic getting into the sea, many people still left their plastic bags and bottles on the beach at Brighton after a day in the sun. 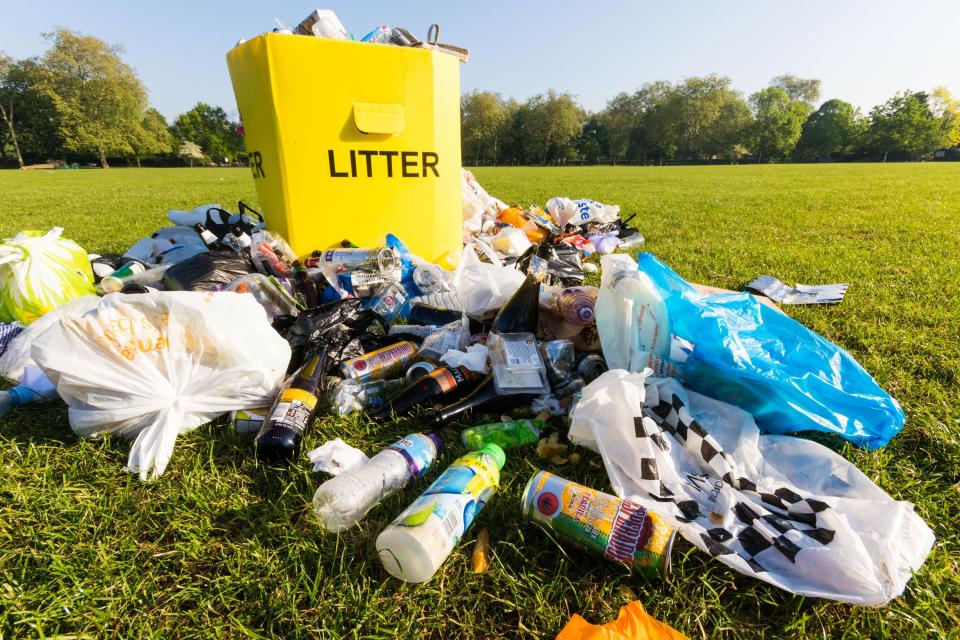 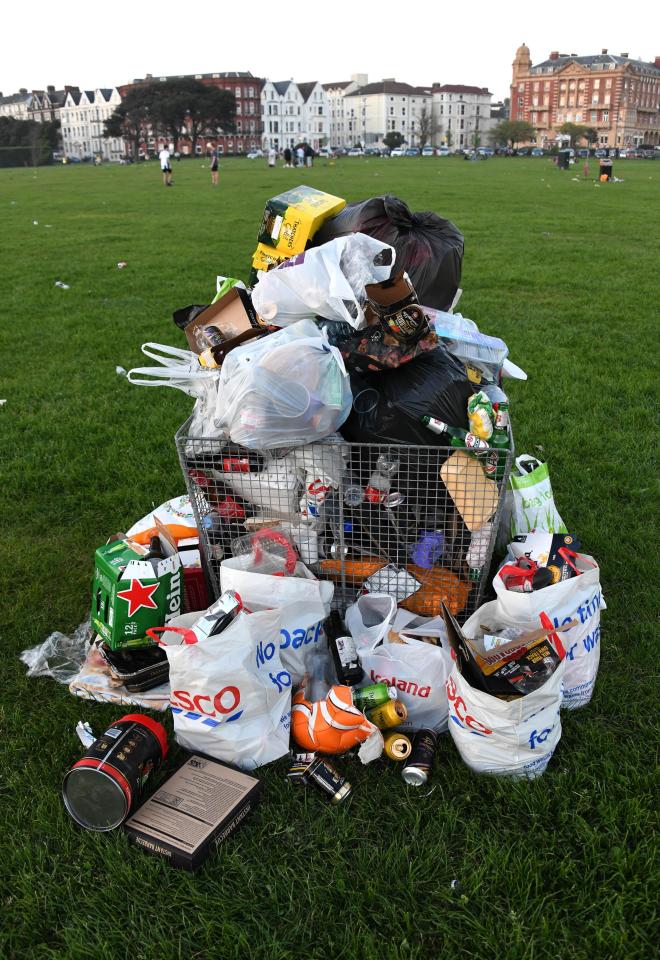 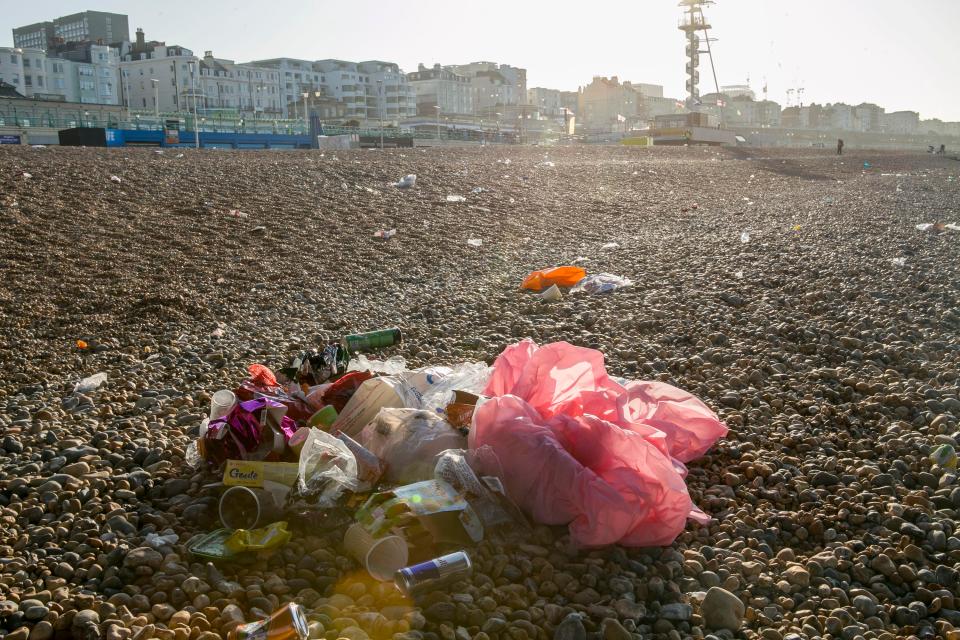 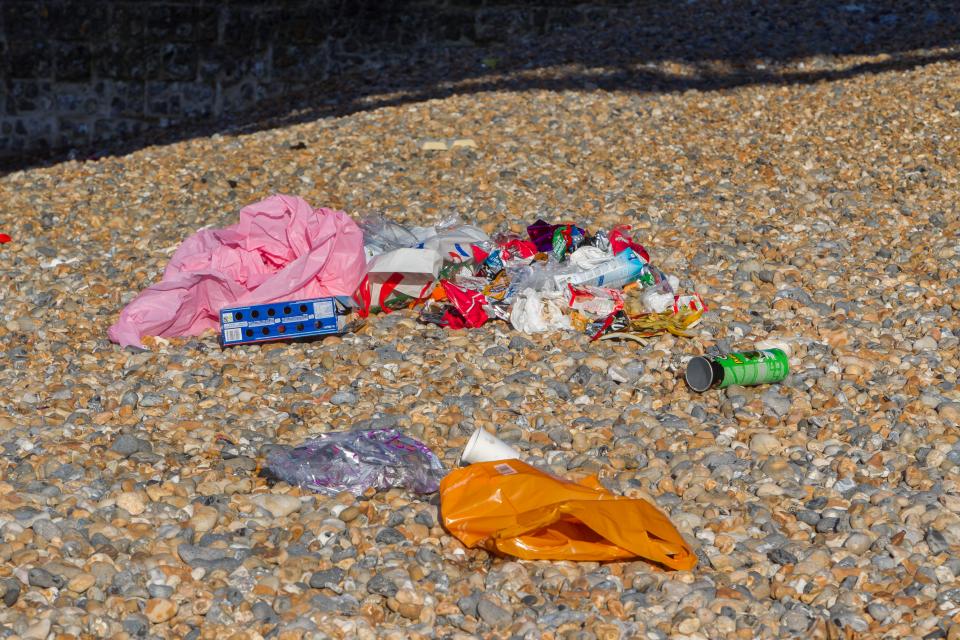 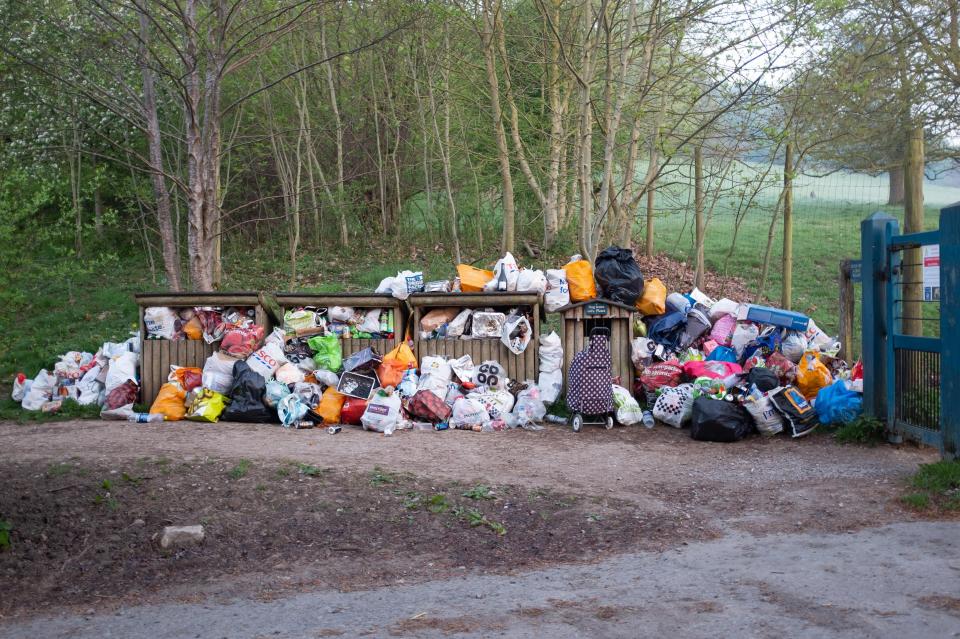 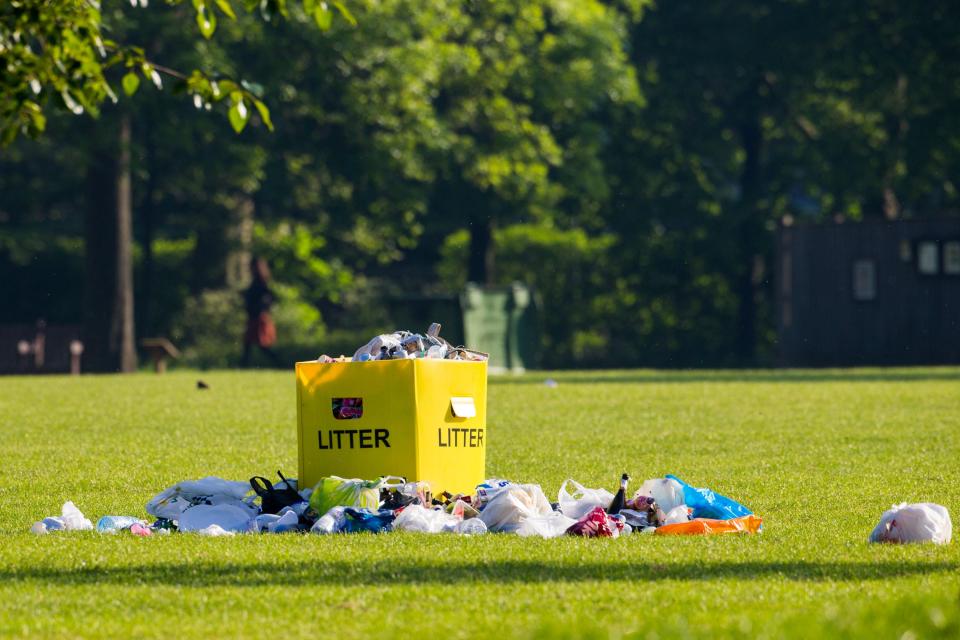 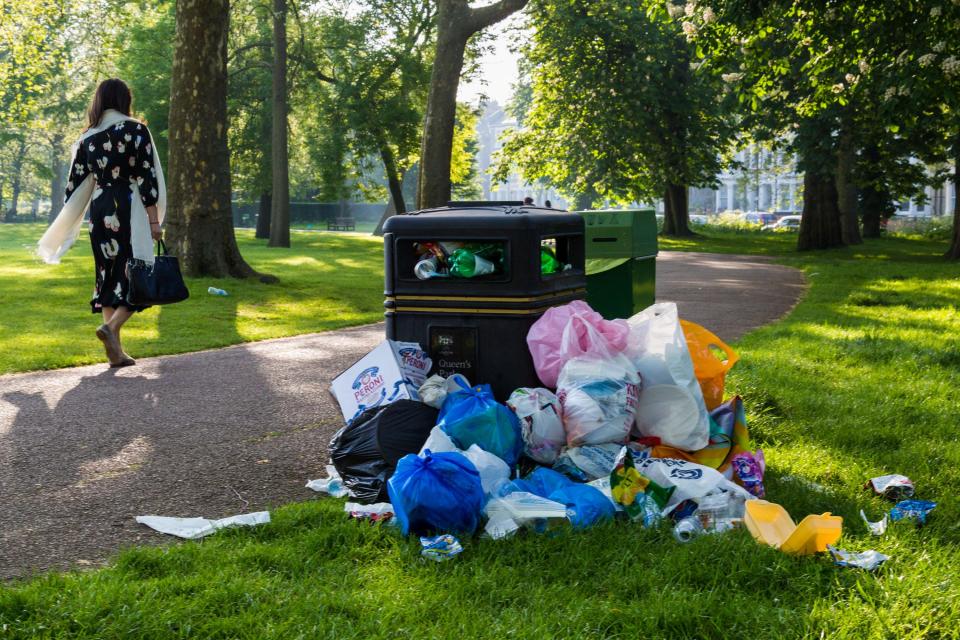 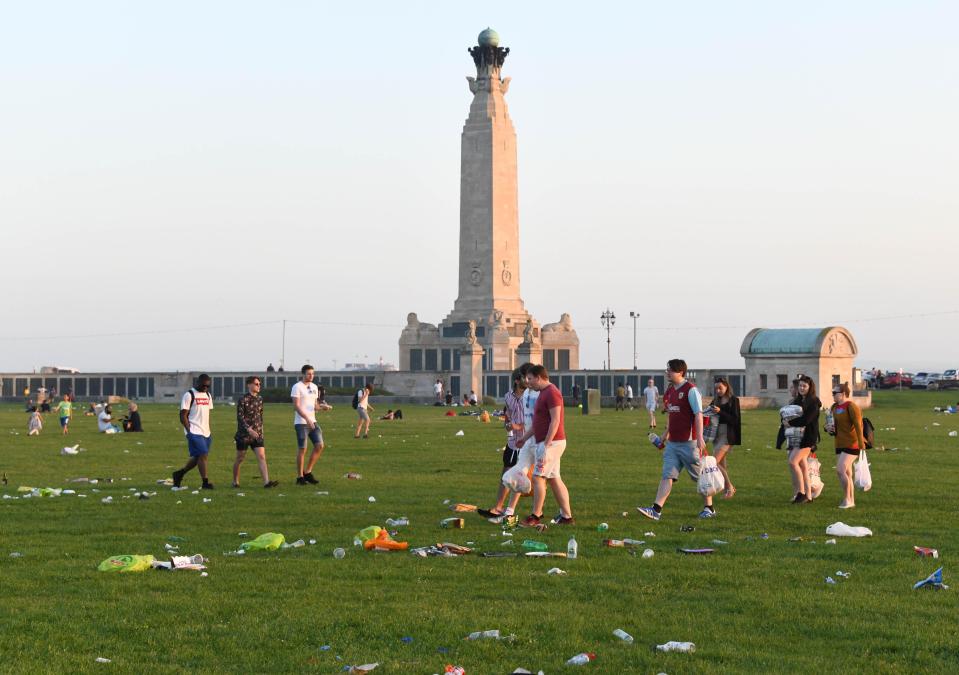 Even taking home the beach chairs they had been perched on all day seemed too much, as these too were left behind.

As the large-scale clean up mission will start today and people return to work, the weather is due to take a slight turn for the worse.

Rain will dampen the blistering 28C heatwave as the UK rapidly cools down from tomorrow in "a noticeable drop".

The blue skies and soaring temperatures from the weekend will be replaced by clouds and much cooler 20-22C days.

Brits who eagerly stripped off in parks and beaches yesterday will notice a change tomorrow as the temperature plunges from the heady heatwave heights.

But this is not before sunseekers can enjoy a final day of heat today – although let's hope people take all their rubbish home with them today.

After a long-weekend of sunning themselves and quaffing chilled drinks in the record-breaking sunshine Brits faced a startling return to work this morning.

As the long weekend ended and revellers realised the fun was over they turned to Twitter to help them through the pain.