BBC Weather forecaster Darren Bett claimed both west, central and eastern Europe will see some hot temperatures over the next few days. Some areas are expected to reach over 40C, but will eventually give way to cooler air and wetter weather. Further, into the new week, more thunderstorms and showers are expected to wash over Europe, cooling temperatures as they move from the north to the south.

Mr Bett said: “Cooler weather is eventually going to push into central parts of Europe during next week.

“For the second half of the weekend, we will see some wet and windy weather, moving away from the UK and making its way into Scandinavia.”

Despite this unsettled weather, the BBC Weather forecaster said there will be hot sunshine for many parts of Europe.

He said: “South of this band of cloud the air is warmer for many places it will be dry and sunny, quite hot as well. 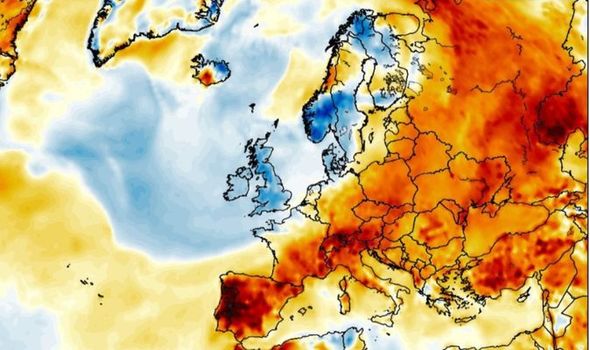 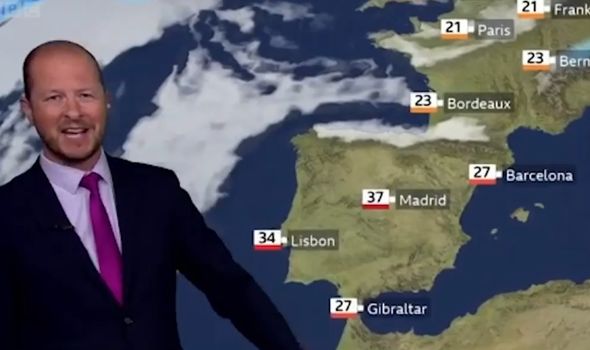 “We have got some thunderstorms in eastern parts of Europe but those will fade away overnight and could emerge on Monday.

“By Monday we have got this band of cloud heading for the south of Europe, while it is not bringing much rain the air is going to be turning much cooler.”

Eastern Europe will see some of the hottest weather over the next few days, as Greece, Turkey and multiple islands will see temperatures above 30 degrees.

Mr Bett continued: “The heat is still there in Turkey and Cyprus and it will be topping 40 degrees in some areas. 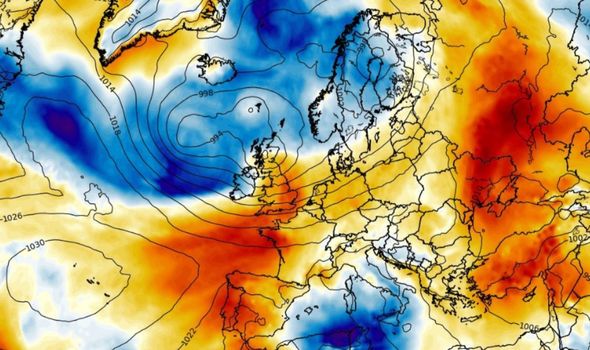 “We have got a few heavy thundery showers inland across Greece, all the way into Bulgaria and Romania.”

The west of Europe will also see some hot temperatures to start the new week.

However, more wet weather is expected for central Europe and cooler temperatures.

The BBC weather forecaster said: “In Iberia it is hot and sunny for the most part. 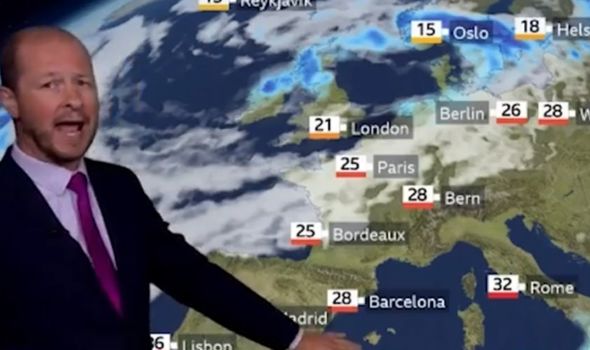 “There will be some low cloud coming in from southern France and the Atlantic.

“Across the northwest of Europe the weather is still unsettled.

“It is getting cooler for most places and there will be some shower and wet weather for Scandinavia.”