A man arrested after the disappearance of Brunswick woman Maryam Hamka allegedly left the 36-year-old “black and blue” in an attack at his home in December last year, according to her family. 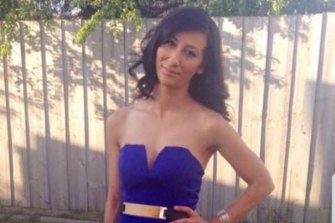 36-year-old Brunswick woman Maryam Hamka has been missing since April 10.

Mr Loughnane has not been charged with any offence relating to Ms Hamka’s disappearance.

Ms Hamka’s family holds grave fears for her safety. She has not touched any of her social media accounts, used her phone or bank accounts for 10 days.

Her younger brother Hassan Hamka said his sister and Mr Loughnane had been in an on-and-off relationship for 16 months when she went missing.

He said his sister was unrecognisable after she was allegedly attacked in December. 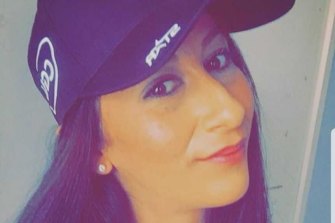 Maryam Hamka had been in an on-and-off relationship with Toby Loughnane for about 16 months, according to her family.

“A lot of my family members were trying to talk with the police,” he said.

“She was scared, so she’d call up the police and say ‘he didn’t do this to me’. She was so scared of him, so terrified.”

Ms Hamka was picked up by Mr Loughnane late in the afternoon on April 10 from her Barkly Street home in Brunswick, where she lived with her mother and sister.

Her brother said their mother, Susan, had pleaded with her daughter not to leave with Mr Loughnane. 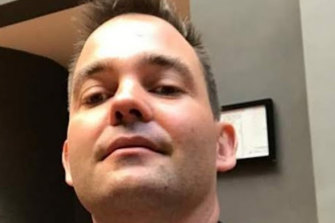 “She’s just upset too – because she blames herself. My mum actually witnessed her go and she said ‘please don’t go’,” he said.

“My mum watched Maryam get in the car with Toby.” 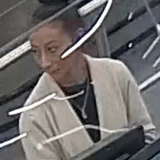 Missing persons detectives released CCTV footage of Ms Hamka leaving Albert Street Woolworths in Brunswick at 5.30pm. It is the last known sighting of her.

Mr Hamka said he and his family were distraught and were desperate to find his sister.

Ms Hamka was not employed when she went missing and although she would sometimes not come home for a day or two, her brother said she would always stay in touch. 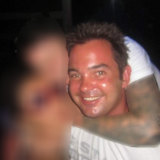 “It was never more than two days away and she’d always call my mum every day and she would say, ‘I’m here safe’,” he said.

She was known for her loving nature toward her nephews and nieces, Mr Hamka said.

“She had such a big beautiful heart, she had nothing but love for all her family. It was in her nature to always help others before she helped herself.“

Detectives seized items from Mr Loughnane’s Well Street home in Brighton on Friday after his arrest, taking a computer and a red Mazda sedan.

A police spokesman said on Tuesday the missing persons squad was continuing its investigation and Mr Hamka pleaded with anyone with information to come forward.

“Please, just so we can bring our sister home.”

Police are appealing to anyone with information regarding Ms Hamka’s whereabouts to contact Crime Stoppers on 1800 333 000 or submit a confidential crime report at www.crimestoppersvic.com.au