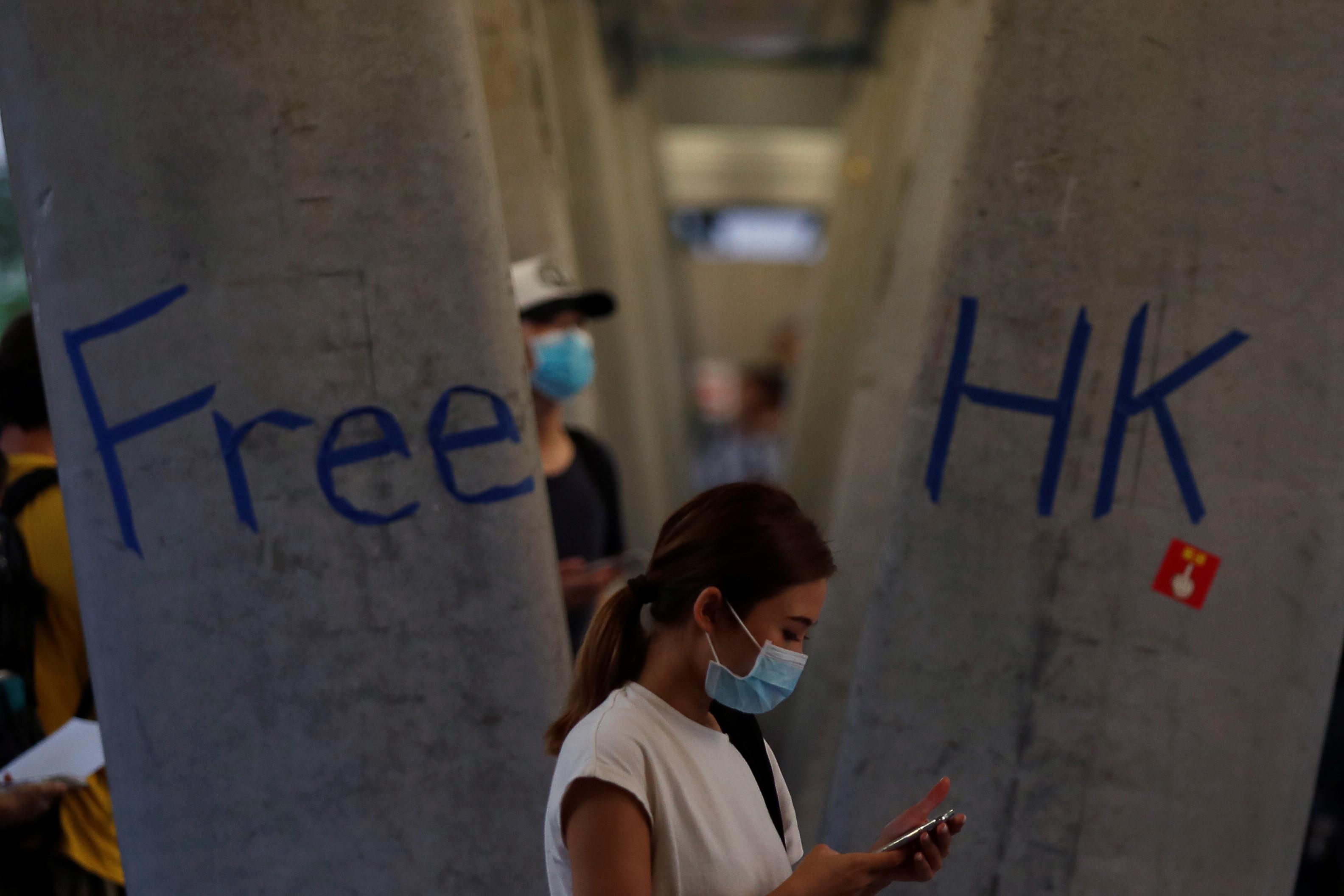 But with the city’s government showing no signs of backing down over the controversial bill, which critics warn threatens Hong Kong’s rule of law, further demonstrations are planned.

A few dozen demonstrators remained near the city’s legislature on Friday, which had been scheduled to debate the bill this week but was thwarted when thousands of protesters took to the streets and blocked the building.

Police, who fired tear gas and rubber bullets into the crowd, have been criticized for using excessive force on unarmed demonstrators.

Opponents of the proposed extradition bill fear it would undermine Hong Kong’s that underpins its status as an international financial hub.

The territory’s Beijing-backed leader, Carrie Lam, has stood by the bill, arguing that it is necessary to plug loopholes that allow criminals wanted on the mainland to use the city as a haven. She has said the courts would provide human rights safeguards.

On Friday, HSBC and Standard Chartered Bank re-opened branches that had been closed near where the protests erupted. Businesses were operating normally and commuters flowing through the area to work.

Hong Kong authorities have closed government offices in the city’s financial center for the week due to the unrest.

On Thursday, Hong Kong Police Commissioner Stephen Lo said police had arrested 11 people and fired about 150 tear gas canisters at the crowd during protests on Wednesday. The city’s hospital authority said 81 people were injured in the protests.

Police also later arrested two students at the University of Hong Kong after a raid on a student hall of residence, according to an official at the university. The police gave no immediate response to Reuters inquiries on what charges the students face.

Despite the calm on Friday more protests loom this weekend.

Last Sunday, a march against the extradition bill drew what organizers said was more than a million people for the biggest street demonstration since the 1997 handover of the former British colony back to Chinese rule.

March organizers have urged people to take to the streets again on Sunday, and protesters applied for a permit to gather on Monday, when the Legislative Council may re-convene to discuss the bill.

In the United States, senior congressional lawmakers from both parties responded to the crisis on Thursday by introducing legislation that would require the U.S. government to provide an annual justification for the continuation of special business and trade privileges afforded to Hong Kong.

Hong Kong was returned to Chinese rule in 1997 under an agreement that promised a high degree of autonomy for the city within a “one country, two systems” framework. Critics say Beijing has been slowly undermining that deal and encroaching on Hong Kong’s freedoms.

Beijing has rejected those accusations and Chinese state media said this week “foreign forces” were trying to damage China by creating chaos over the bill.

The hawkish Chinese newspaper the Global Times on Friday lambasted foreign leaders for being hypocrites and failing to condemn what it called “violent demonstrators”.

“This is a stark provocation. These U.S. senators make us see the dark mind of the U.S. political elite who just want to turn Hong Kong into a chaotic place by hyping the uncontrolled violent street politics,” an editorial on the newspaper’s website said.

Hong Kong’s benchmark stock exchange slid as much as 1.5% on Thursday before closing down 0.1%, extending losses from the previous day.