A 10-month-old baby girl has died in Majorca after her grandfather left her in the back of his car for eight hours in temperatures of up to 30C.

Police quizzed the 56-year-old on suspicion of manslaughter – but released him without charges pending an ongoing court probe after he told officers he forgot she was with him when he parked up at 7am to go for a coffee and only discovered his fatal mistake when he returned at 3pm.

A passing doctor tried to revive the child but like paramedics called to the scene, could do nothing to save the youngster’s life. 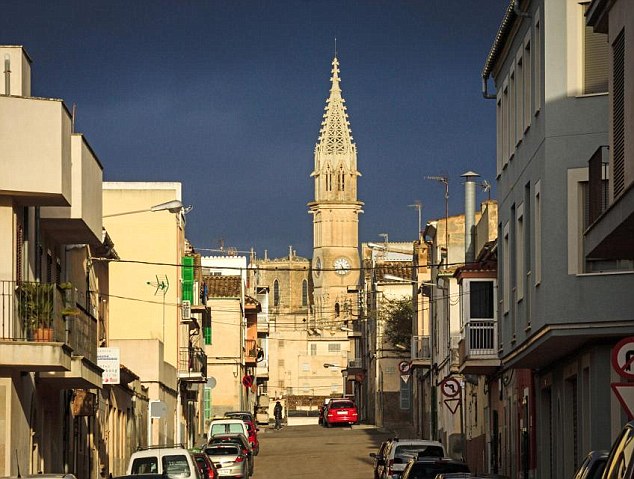 A 10-month-old baby girl has died in Manacor, Majorca, (stock pictured) after her grandfather left her in the back of his car for eight hours in temperatures of up to 30C

The first officers called to the scene are said to have broken down in tears after it was confirmed she was dead.

Police confirmed on Saturday an investigation into the circumstances surrounding the girl’s death on Friday was underway and a local judge would now have to decide whether to press charges.

The dead girl was understood to have been asleep when her grandfather left her in the back of a Renault Megane Scenic in a street called s’Hort des Cabre Street in Majorca’s second largest town Manacor.

He suffered an anxiety attack after realising what he had done and had to be treated at Manacor Hospital before being questioned by police.

It was not immediately clear on Saturday where he had gone after having a coffee.

An autopsy was due to take place over the weekend.

Local reports said the child’s family was from Son Macia, a small village near Manacor which decided to suspend its local annual festival after learning of the tragedy.

An acquaintance of the girl’s grandfather told an island newspaper: ‘He’s a very good person. It’s an horrific tragedy. He’s devastated. He loved his granddaughter to bits.’

POLICE today launched an urgent manhunt to find an escaped prisoner who fled officers after claiming he felt ill on the way to court. Officers…