BBC Breakfast was at a school in Scotland today to mark exam results day north of the border. 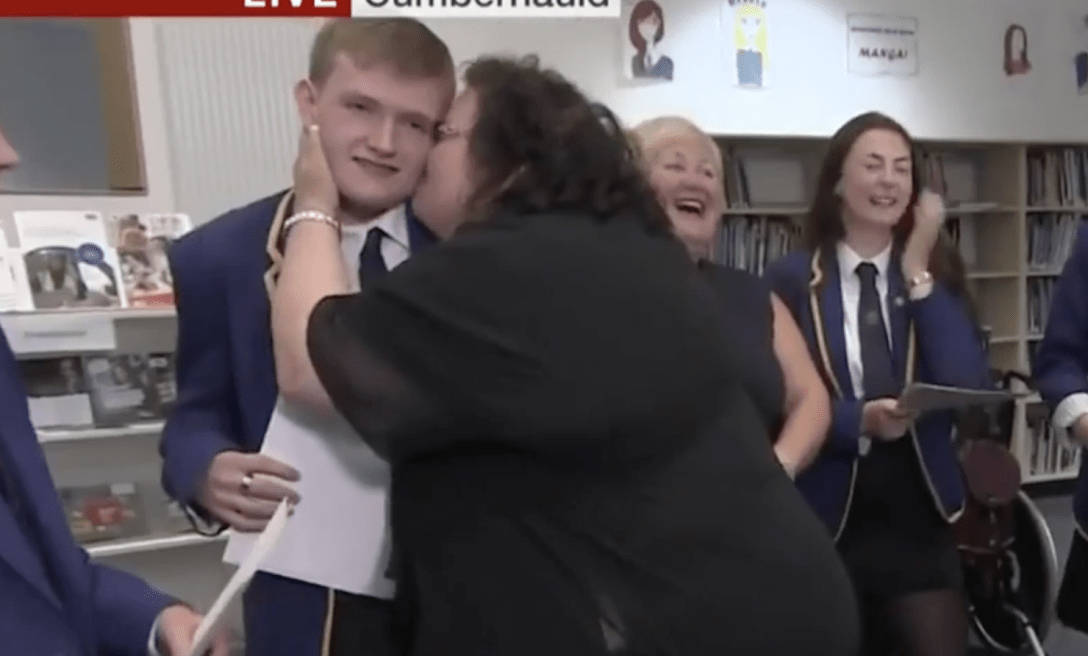 One boy, Fraser, had spoken to the reporter at his delight at achieving five As at Greenfaulds High School on the outskirts of Glasgow.

But the presenter Catriona Renton then turned to Fraser's delighted mum.

In the clip shared online since, the proud mother rushes over to her son. 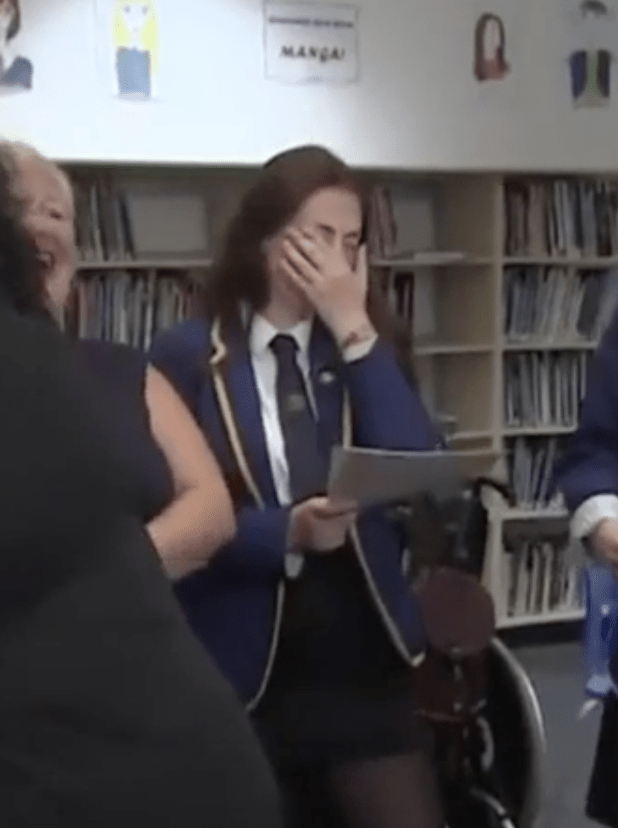 The red-faced teenager winces and squirms away.

"Please don't," he is heard begging.

But his mum kisses him on the cheek, much to the amusement of his pals in the room.

The presenter says: "There you go Fraser, that will embarrass you for the rest of your life." 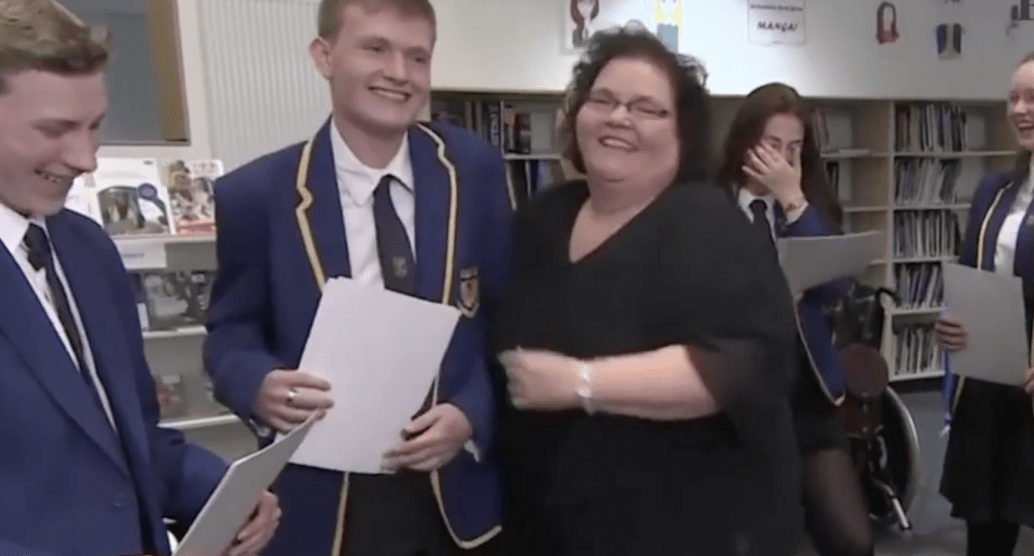 And one Twitter user wrote the boy "looked utterly mortified".

Others admitted the awkward moment "made their morning".

Another cheeky mum posted: "Aah poor Fraser, I really felt for him!! (But would be the same with my kids too.)"

One woman shared: "Highlight of my day that! just love the emotion and pride from Fraser's mum. Well done to all the kids there."

Nervous pupils across Scotland found out how they performed in their National 4 and 5s, Highers and Advanced Highers exams today.

But the proportion of students who received a pass mark fell slightly.