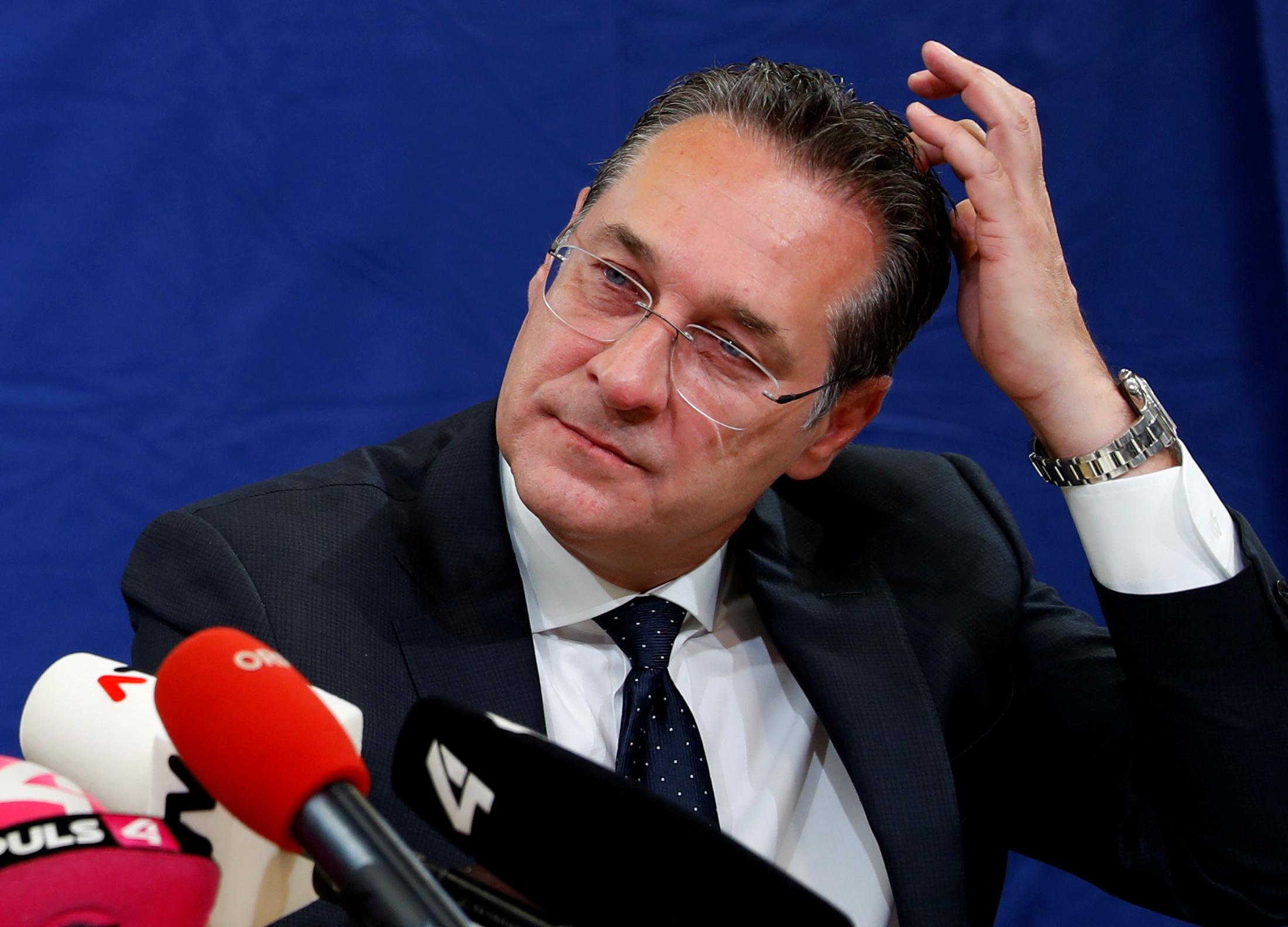 ZURICH (Reuters) – The head of Austrian junior coalition partner and far-right Freedom (FPO) party pledged on Sunday to fight “creeping Islamisation”, doubling down on his anti-immigration stance ahead of European elections on May 23.

Heinz-Christian Strache, who serves as Austria’s vice chancellor, also insisted he would not stop referring to immigration as “population displacement”, a term used by far right groups in Austria who want to reverse the inflow of newcomers into the country.

Most polls in Austria showed the Freedom party was in third place, with its senior coalition partner, the Conservative Austrian People’s Party in first and the opposition Social Democrats (SPO) in second place.

“There is a creeping Islamisation, a population change, or a population displacement,” Strache told Austrian newspaper OE.24.

Critics counter this view with government data on immigration, which shows that in 2018, roughly 16 percent of Austria’s population has foreign citizenship, up from 10 percent a decade earlier.

Austria’s public broadcaster has compared anti-immigrant posters created by the FPO’s youth wing of party to Nazi propaganda, while the vice-mayor of the Austrian town where Adolf Hitler was born resigned from the party after writing a poem comparing migrants with rats.

Anti-immigration sentiment in Austria was stoked by the 2015 during Europe’s migration crisis, during which thousands of migrants passed through the country on their way to other EU states such as Sweden and Germany. Many of them were Syrian war refugees.

Austria took in asylum seekers numbering the equivalent of around 1 percent of its population during the 2015 crisis.

“It is our goal to correct the legacy of the previous government’s immigration policy and to stop immigration from Islamic countries and promote integration,” Strache told the newspaper.