An Australian man who drowned while attempting to rescue a child in a lake on New Zealand’s South Island has been identified as 35-year-old NSW resident Jonathan Jordan Young.

Young drowned in Lake Wakatipu at Glenorchy, a small town 45 minutes’ drive from Queenstown, at about 4pm on Thursday last week. 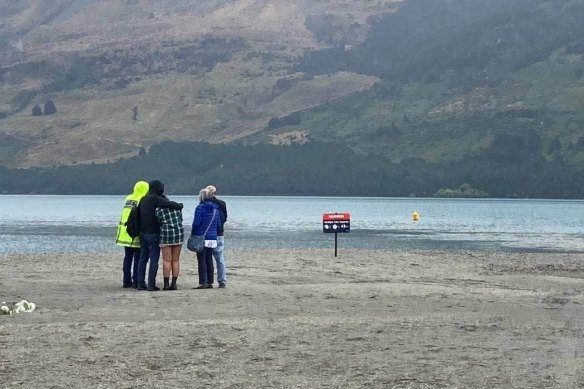 His parents, brother and fiancee watched on as police divers, members of the public and a helicopter worked to find Young, but it took 24 hours before the swimmer’s body was discovered by divers.

Young had been in New Zealand for only three days before his death, travelling with his fiancee. His parents and brother flew to New Zealand when the search began and were at the site when his body was recovered.

Lake Wakatipu was the site of an earlier drowning less than a week ago, after Linkin Kisling died on January 13 saving his 10-year-old son.

New signs warning of “multiple lake hazards” had been ordered by the Queenstown Lakes District Council following that death, but they were installed on Friday, a day after Young first went missing in the water. 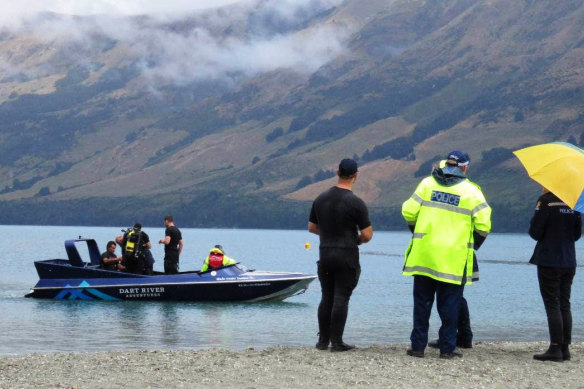 Queenstown Lakes District councillor and local resident Niki Gladding said angry and upset locals were continuing to patrol the popular beach to warn people of hidden hazards at the site.

“We’ve noticed that people come down here they’re not understanding the level of danger and risk,” she said.

“The undertow is at a point that’s completely calm. It looks so benign.”

“The general idea is to keep everyone out of the water at the moment,” she said.

“We just can’t take another death.”

Before the council’s new signs went up, Glenorchy locals took matters into their own hands to warn people about the deadly swimming spot and erected a handwritten sign with a simple message: No swimming.

A public meeting was held on Friday afternoon where members of the community questioned whether more could have been done to prevent the second death.

Glenorchy Community Association chairperson John Glover said the community was “to some extent beating themselves up”.

The drowning is the latest in a horror season for New Zealand, which recorded 91 drowning deaths in the country, the highest number since 2011.

In Australia last week, a father died while trying to save his daughter from the surf on the NSW North Coast, in the third such tragedy at unpatrolled beaches this month.

In NSW, lifesavers rescued more than 1200 beachgoers in just seven days over the Christmas and New Year period, prompting Surf Life Saving NSW to plead with swimmers to stay between the flags.